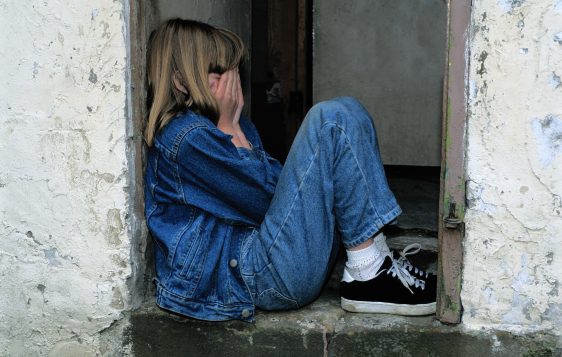 A gazillion times I said this to my parents or grandparents growing up in response to the inevitable punishment that would be doled out to me when I disobeyed.

Whether it was because I had a bad attitude, back talked my mom, went somewhere my stepdad told me not to or said hateful things to my sister, the punishment always fit the crime.

In Genesis chapter four, we see the punishment for Cain after he murdered his own brother.

Genesis 4:9-16
“Then the Lord said to Cain, ‘Where is your brother Abel?’ ‘I don’t know,’ he replied. ‘Am I my brother’s keeper?’ The Lord said, ‘What have you done? Listen! Your brother’s blood cries out to me from the ground. Now you are under a curse and driven from the ground, which opened its mouth to receive your brother’s blood from your hand. When you work the ground, it will no longer yield its crops for you. You will be a restless wanderer on the earth.’ Cain said to the Lord, ‘My punishment is more than I can bear. Today you are driving me from the land, and I will be hidden from your presence; I will be a restless wanderer on the earth, and whoever finds me will kill me.’ But the Lord said to him, ‘Not so; anyone who kills Cain will suffer vengeance seven times over.’ Then the Lord put a mark on Cain so that no one who found him would kill him. So Cain went out from the Lord’s presence and lived in the land of Nod, east of Eden.” (Genesis 4:9-16)

Cain felt his punishment was too harsh. His plea to God, “My punishment is more than I can bear,” was an exaggeration. He, in essence, was saying “It’s not fair!”

The first murder was against his brother!

But it was more than hate or jealousy, Cain’s actions were against God, and God punished him accordingly.

How many times in our life do we start to question God?

God allows certain things into our lives to correct us because of our sin. But other times some things just happen in life, without a doubt. But God will use those trials to mold us and strengthen us.

If the consequences are because we have disobeyed, He will still forgive, but we will still have to face punishment.

“My son, do not despise the Lord’s discipline, and do not resent his rebuke, because the Lord disciplines those he loves, as a father the son he delights in.” (Proverbs 3:11-12)

When we struggle, even if it’s because we have sinned, God is ready to help us if we call on Him.

No matter what you’ve done, what you’ve said or where you’ve been, reach out to God today.

Are you suffering in pain? God is our hope.

Are you drowning in the consequences of your sin? Jesus is the answer to finding forgiveness.

Give it all to Him today.