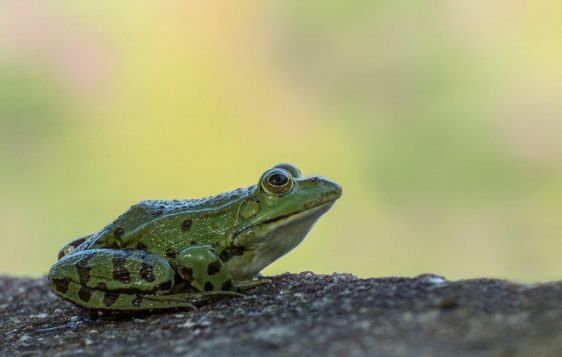 You hear their promises, you are even encouraged a bit because they say they have changed, but have they really?

Could they just be saying these things to get you to do what they want and to buy into their madness?

In the book of Exodus, Pharaoh also seemed to have a lying problem like some cable companies.

Today, we look at the second plague, frogs. It may not seem that bad at first, but it’s not like there were just a few here and there.

They were literally everywhere – you couldn’t take a step without squishing one.

“Then the Lord said to Moses, ‘Go in to Pharaoh and tell him: This is what Yahweh says: Let My people go, so that they may worship Me. But if you refuse to let them go, then I will plague all your territory with frogs. The Nile will swarm with frogs; they will come up and go into your palace, into your bedroom and on your bed, into the houses of your officials and your people, and into your ovens and kneading bowls. The frogs will come up on you, your people, and all your officials.’ The Lord then said to Moses, ‘Tell Aaron: Stretch out your hand with your staff over the rivers, canals, and ponds, and cause the frogs to come up onto the land of Egypt.’ When Aaron stretched out his hand over the waters of Egypt, the frogs came up and covered the land of Egypt. But the magicians did the same thing by their occult practices and brought frogs up onto the land of Egypt. Pharaoh summoned Moses and Aaron and said, ‘Ask Yahweh to remove the frogs from me and my people. Then I will let the people go and they can sacrifice to Yahweh.”” (Exodus 8:1-8)

This plague targeted another god the Egyptians worshiped called Hekt, the goddess of birth. She was depicted as a woman with the head of a frog. Because of this, frogs were considered sacred and no one could kill them since they believed they possessed powers.

Now, with a mass of frogs, the people saw these frogs held no power and they were only frogs.

And they were a problem.

So, it seems to have worked when the Pharaoh promises to let the people go if Moses will just make it stop. But when we read on, we find out, Pharaoh’s word is no better than the cable company telling you they will be there between 8 and 12:

“Moses said to Pharaoh, ‘You make the choice rather than me. When should I ask on behalf of you, your officials, and your people, that the frogs be taken away from you and your houses, and remain only in the Nile?’
‘Tomorrow,’ he answered.
Moses replied, ‘As you have said, so you may know there is no one like Yahweh our God, the frogs will go away from you, your houses, your officials, and your people. The frogs will remain only in the Nile.’ After Moses and Aaron went out from Pharaoh, Moses cried out to the Lord for help concerning the frogs that He had brought against Pharaoh. The Lord did as Moses had said: the frogs in the houses, courtyards, and fields died. They piled them in countless heaps, and there was a terrible odor in the land. But when Pharaoh saw there was relief, he hardened his heart and would not listen to them, as the Lord had said.” (Exodus 8:9-15)

Pharaoh said what he did to get what he wanted. When the frogs were gone, he changed his mind.

What kind of a god is that?

As Moses said, there is none like the Lord our God for our God keeps His promises.

If God says it, it will happen. There are thousands of prophecies the Lord has already fulfilled and hundreds more to come with complete accuracy, 100 percent, no errors.

That is our God. The very God who gives you air right now to breathe.

The One who designed your lungs to filter the air, your body to change it into something useful as it soars through your veins.

Our God is not one we craft ourselves but is the stand-alone righteous judge who is faithful and true.

He is the Only God.

Have you turned over your life to Him?

Have you surrendered your will for His or was it just a prayer in the moment to get what you wanted?

Are you sincere in your desires to be more like Christ?

Today, let’s examine our hearts once again and truly follow the Lord!