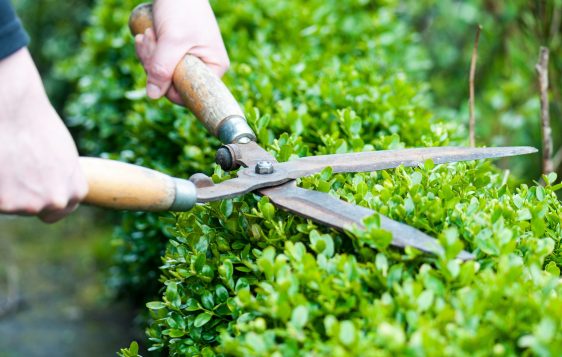 My niece loves sweets. We used to keep three glass containers on the island in the kitchen full of goodies. One had jelly beans, another had gumballs and the other chocolates. She loved getting a treat out of there.

But she was small and the island was high. I didn’t want her trying to go after the candy on her own. I told her if she wanted anything to come ask me and I would get it for her. But at that time, we weren’t eating any more candy, we would wait until after dinner.

Next thing I know, she’s dragging a stool across the kitchen floor. I came into the room and she’s on her tippy toes on top of the stool trying to reach the containers. I told her again if she needed anything to come to me and I would get it for her. I took the stool with me to keep her from doing it again.

Just a few minutes later, I was getting laundry out of the dryer and walked by the kitchen, and the little munchkin was at it again. This time, she had tried to pull a chair over to the island. It was heavier than the stool, so she didn’t quite make it there. But she was huffing and puffing and grunting and pulling. Once again, I told her no. I moved the chair back and told her if she wanted anything to just come ask me.

I folded 3 towels when I heard a crash. Scared to death, I ran into the kitchen and saw the barstool on its side and a little girl standing beside it wide eyed and scared. I made sure she was okay and went through the normal – “are you ok? Are you hurt? You know you’re not supposed to get on the barstools by yourself”. She stammered through an excuse or two and I explained how I didn’t want her to have the candy now. How her tummy would hurt if she ate too many sweets without dinner first. It was for her own good that I wasn’t allowing her to get up there.

Balaam was a sorcerer and many believed he could curse and bless people. The king of Moab, Balak, sent word to Balaam to put a curse on the approaching Israelites. Balak was terrified of their numbers and what he had heard of their victories over other places. God spoke to Balaam and told him he was not to go with the men and he was not to curse the Israelites.

I know, you’re thinking, why would God speak to someone like Balak, a sorcerer? Didn’t he detest that?

Yes. Just as He detests lying, stealing, gossip, murder, adultery, etc… and He still chooses to talk to us and use us. God can and will use anyone He chooses to accomplish His will.

Back to the story…

Balaam tells the men he can’t go and they return to the king with the report. Frantic, the king tells the men to return with an offer. He will promote Balaam to a high honorable position and do whatever he says as long as he casts a curse on the approaching army.

“And Balaam answered and said unto the servants of Balak, If Balak would give me his house full of silver and gold, I cannot go beyond the word of the LORD my God, to do less or more. Now therefore, I pray you, tarry ye also here this night, that I may know what the LORD will say unto me more.” (Numbers 22:18-19)

The Lord spoke to him and told him not to go unless the men came for him. And even then, he could only say as God instructed.

But with the temptation of money, power and prestige, Balaam didn’t want to wait for the men to come, he saddled his donkey and took matters into his own hands.

Y’all! Isn’t this crazy? A talking donkey?! How awesome is God?!

God kept standing in his way, but Balaam kept finding another way to try to get through. He didn’t realize that the Lord was the one keeping him from leaving. He thought it was his donkey!

How many times has God placed something in our path to deter us? We have something in our heart or on our minds and we are determined to do it for selfish gain or pleasure. The Lord puts up roadblocks, but we don’t recognize them as the Lord’s protection, we just go back to the drawing board and plan a new route.

What will it take for us to open our eyes and see what God is doing? When will we truly listen?

“Then the LORD opened the eyes of Balaam, and he saw the angel of the LORD standing in the way, and his sword drawn in his hand: and he bowed down his head, and fell flat on his face. And the angel of the LORD said unto him, Wherefore hast thou smitten thine ass these three times? behold, I went out to withstand thee, because thy way is perverse before me: And the ass saw me, and turned from me these three times: unless she had turned from me, surely now also I had slain thee, and saved her alive. And Balaam said unto the angel of the LORD, I have sinned; for I knew not that thou stoodest in the way against me: now therefore, if it displease thee, I will get me back again.” (Numbers 22:31-34)

If you realize this is what’s happening with you, repent. If you’ve asked for a hedge of protection, stop pulling out the tree trimmers, lawn mower and hedger to cut it down. God’s timing and purpose for you is perfect. Don’t try to push things just because you want them right now. The Lord knows what lies ahead, let Him guide and protect you.