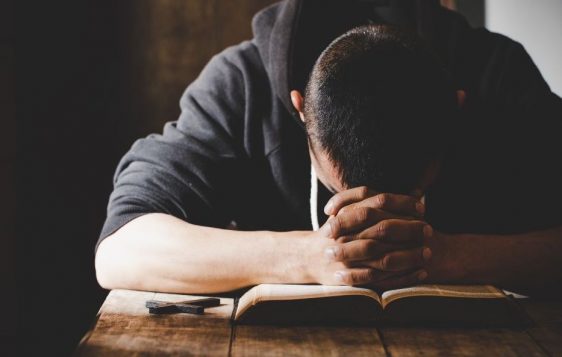 Shaun and I watched the 3 Musketeers series on TV. Every episode had a continuous theme: a quest for power. The king was in authority, however, there was always a plot to take the throne. Men groveled at his feet, some with evil intentions and dubious conspiracies to take him out and be the next ruler, but all with a desire to do whatever it took to be by his side. There was royalty, his right-hand men, his court, his servants, and then everyone else who was too low to even be considered anything more than a peasant. But every episode ended the way it began, they still wanted the power that came with the throne.

In the Kingdom of God, things are a bit different.

“Then came to him the mother of Zebedee’s children with her sons, worshipping him, and desiring a certain thing of him. And he said unto her, What wilt thou? She saith unto him, Grant that these my two sons may sit, the one on thy right hand, and the other on the left, in thy kingdom. But Jesus answered and said, Ye know not what ye ask. Are ye able to drink of the cup that I shall drink of, and to be baptized with the baptism that I am baptized with? They say unto him, We are able. And he saith unto them, Ye shall drink indeed of my cup, and be baptized with the baptism that I am baptized with: but to sit on my right hand, and on my left, is not mine to give, but it shall be given to them for whom it is prepared of my Father. And when the ten heard it, they were moved with indignation against the two brethren. But Jesus called them unto him, and said, Ye know that the princes of the Gentiles exercise dominion over them, and they that are great exercise authority upon them. But it shall not be so among you: but whosoever will be great among you, let him be your minister; And whosoever will be chief among you, let him be your servant: Even as the Son of man came not to be ministered unto, but to minister, and to give his life a ransom for many.” (Matthew 20:20-28)

James and John. Great men. Brothers. The sons of Zebedee, or also referred to as the Sons of Thunder, these two were quite a pair. And just like any other kingdom they had ever seen or known, they, and their mother, assumed the same about the coming kingdom of God.

Their mother asks if one can be on Jesus’ right and the other on the left when Jesus takes His throne. She wanted a special place for her boys. They deserved it, didn’t they?

But Jesus reminded her that His kingdom is not the same as an earthly one. Those that are on a quest for power will be last. And those that serve the Lord with their humble hearts will be first, Jesus displaying that example.

“Even as the Son of man came not to be ministered unto, but to minister, and to give his life a ransom for many.”

Jesus came to serve. The king Himself, laid down His life for us so that we could be freed. Freed from the debt of sin. Freed from the bondage that promised only death and Hell.

Which kingdom are you living for? Are you seeking power? Do you desire to be first? Do you want your name to be known in all the earth?

Or do you want others to know Jesus?

Lord, less of me and more of you.