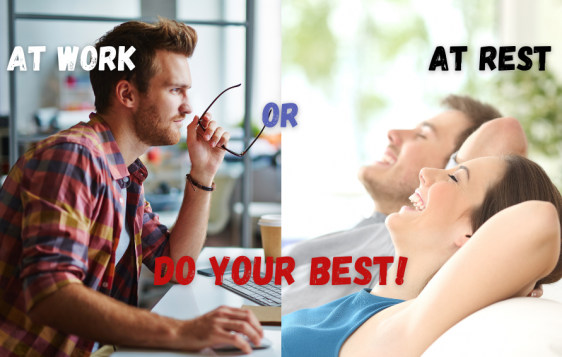 The History Channel website says, “Labor Day pays tribute to the contributions and achievements of American workers and is observed on the first Monday in September. It was created by the labor movement in the late 19th century and became a federal holiday in 1894. Labor Day weekend also symbolizes the end of summer for many Americans . . . “

There is also the more sordid Labor Day history that involved strikes, protests and riots. Just before the turn of the century, the average American worked twelve-hour, seven-days-a-week jobs just to eke out a basic living. Child labor in some areas was still around as well, and the very poor – including immigrants – often worked in extremely unsafe work environments.

Manufacturing jobs were exploding, so there were labor unions for disenfranchised workers. Their voices grew louder as they increasingly organized rallies to protest poor conditions and wages, which led to the deadly Haymarket riot of 1886 in Chicago. Although many states had already enacted legislation to do so, twelve years later Congress declared a federal holiday to celebrate the American worker.

Ironic, isn’t it? Participating in the common good through hard work is not the same as it was when I decided to find a babysitting gig at the age of fourteen, a better paying one two years later, then a job that lasted through college. My parents didn’t have to make me do it: I just wanted to have my own money and be more independent from my parents. Kind of a crazy notion in this day and time!

When my children turned sixteen, there was one stipulation for the purchase of a car for them: You have to find a job first. Not everybody was thrilled, but they did it, and as grown-up adults they are thankful. However, the vast majority of their friends didn’t have to work. Clearly, somewhere between the 1980s and the 2000s, there was a shift in philosophy (or maybe in culture), and working teenagers is no longer the norm.

At the time my high school-age children were working, I heard various reason for not requiring teenagers to be employed:

“But school is their job.”

“But they’re so busy with football/volleyball/cheer practice.”

“They need to make study and make good grades so they can get into a good college/get a scholarship.”

What does the Bible say about working? Oh, lots of things including working as if for the Lord, not being lazy (a “sluggard” is the term in Proverbs), and rising early to provide for your family.

Equal to God’s work requirement, however, is his rest requirement: Be still, meditate on my words, and “on the seventh day God rested.”

This is what I love about the Christian life and the Bible: There is not one topic that God does not address, and he never changes his mind when culture declares that he should. He doesn’t leave us hangin’ or trying to guess how he feels about a particular subject, even the subject of rest and work.

In this day and time, working is not the popular or trendy thing to do. We could also discuss the political expediency of working versus welfare, but again God remains consistent in that area as well.

The Great American Worker was once a proud man or woman who worked hard, rested on Sunday, and provided sufficiently for the family. And maybe, back in the day, that same worker was way more intentional about finding time to relax. However, if you’re one of those workers, are you working AND resting? If so, are you doing so for the right reasons:

Because God tells Christians to work.

Because it gives his followers a chance to reflect on his creation.

Because resting allows God to speak into your life.

Because resting and working will naturally lead you to opening your Bible.

On this Labor Day weekend, be intentional about both working and resting. Whether or not you are working in a place that you love or hate, God tells us to do so for his glory and for the salvation of souls.

So as you’re enjoying this Labor Day holiday you may as well look around at the white fields of people who need to hear – and see – how Jesus, the cross, and grace transforms lives.