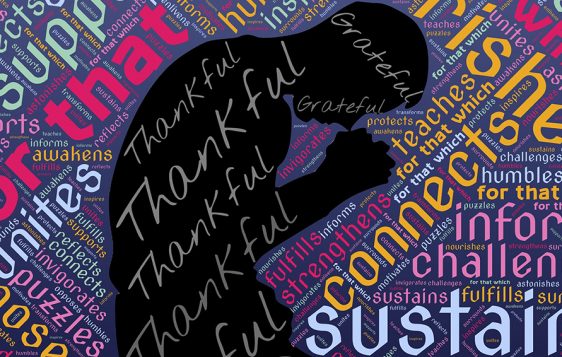 Here’s a little-known fact: The revivalists of history, both great and small, and their people would spend two hours a day in prayer during their fruitful lives.

That type of commitment to God from his children is what it will take for America to experience a much-needed revival and awakening. This is one of the keys to revival.

We must be so connected with the Father that his works follow us wherever we go!

I want to empower the prayer warriors, intercessors and prophetic voices in this hour to double down on prayer and warfare.

Though we do not like to admit weakness, there are times when we can grow weary in praying and interceding. Whether it be for family members, our region, our nation or the nations of the earth, every issue matters to the Lord.

As we press in to God and partner with the Lord in prayer and intercession in bombarding the kingdom of darkness, things can seem to intensify and to worsen. It can seem as if our prayers are agitating the atmosphere, and they are, because we are agitating the darkness with the hosts of heaven and the presence of God.

The darkness appears to be thickening and gaining momentum right now, but we should not shy away from that bombardment because it is in the seemingly worst times that we are to double down in our prayer and intercession.

Merriam Webster defines “double down” as, “to become more tenacious, zealous or resolute in a position or undertaking.”

“My face is set like flint. I will not be moved.” This is what double down means.

Much of the church prays with microwave expectations; we give up after a few “travailing” minutes. Prayer meetings are not exciting to the flesh and sadly, because of this, prayer meetings are vacant of fleshly bodies. There is an unspoken rhetoric among believers that someone else will pray.

I would dare say that most believers are of the mindset that prayer is boring. And if prayer and intercession are boring, you are doing it wrong.

Jesus withdrew from his disciples and the crowds to pray and to intercede. It was a facet of his relationship with the Father (Hebrews 7:25; Romans 8:34).

Jesus has provided a blueprint for you and me as co-heirs with him. We are to be a praying people, a royal priesthood. Priests pray! Priests stand in the gap as tears soak their faces and God’s fiery Spirit captures their tongues to loose the declarations in accordance with the Word of God.

Intercessors do not come off their post and their decrees until they see the manifestation of their prayers. Time does not move them off the promises of God, and when the devil raises the stakes, prayer warriors double down.

Prayer is not unspoken. The devil would love nothing better than to downplay prayer and strip it of its power. Prayer is an arsenal all by itself. Ephesians 6 assures us that we do not wrestle against flesh and blood, but against the rulers, against the authorities, against the cosmic powers over this present darkness, against the spiritual forces of evil in the heavenly places.

The Lord is encouraging his intercessors and prophets to not only engage in prayer and warfare, but to double down on what we are declaring by faith.

Refuse to come off the wall.

Refuse to be silent.

Get louder with your prayers and your warfare as the darkness tries to intensify.

Double down on lost family members and seemingly hopeless situations.

Do not give in or give up.

Get excited about prayer, set your face like flint, and tell the devil, “I ain’t budgin’!”

Copyright © 2020 @ https://unambiguousvision.blogspot.com. Used with permission. No part of this article may be reproduced or reprinted without permission in writing from Lifeword.org.