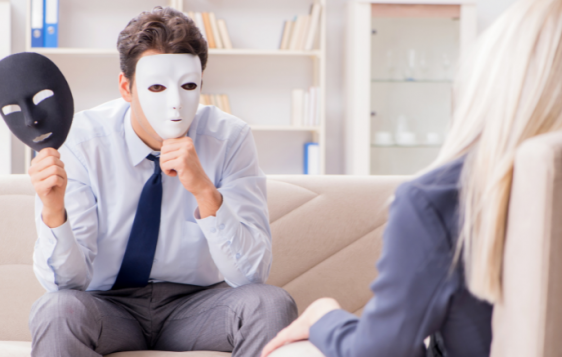 No doubt you have heard the accusation that all Christians are hypocrites.

Many passionately believe this to be a fact, but in all honesty it is a grave error to label “all” of anything as “something.” This position presumes that one knows everything about everybody living everywhere. You would have to be God to accurately do that.

I will concede that all Christians are imperfect. I have said for decades that I cannot live up to my own preaching simply because the standard is perfection and none of us are perfect—especially me. However, the Bible distinguishes between being imperfect and religious “hypocrisy.”

To be clear, let me define the term hypocrite. Someone stated that Scripture defines hypocrisy as, “A form of inner incongruity, to wit . . .

– making pronouncements about what is right while not practicing them (Matthew 23:3c);

– appearing outwardly to be righteous while being inwardly full of lawlessness (Matthew 23:28).”

In the New Testament, the Greek word translated into English as “hypocrite” was originally used to describe an actor in the Greek theater. In a single play, actors often played several roles. In order that the audience could tell which character was speaking, actors would hold a mask on a stick in front of their face. The word hypocrite came from this practice and referred to someone who pretended to be something that he or she was not. Therefore, religious “hypocrites” are people wearing masks labeled, “Christian, sincere, godly, spiritual,” etc. when in reality, they are merely actors playing a role on the stage of life.

Jesus had much to say about religious “hypocrites” and none of it was good!

There are two kinds of hypocrites in the Scriptures:

(1) Unbelievers masquerading as Christians (they will be judged at the Great White Throne Judgment—cf. Matthew 24:51; Revelation 20:11-15) and

(2) True believers who are carnal but pretend to be spiritual (they will be judged at the Bema of Christ—cf. Romans 14:7-12; 1 Corinthians 3:10-15; 2 Corinthians 5:10). The fact that the Lord will judge all religious hypocrites reveals how he feels about hypocrisy.

From the teaching of the Scriptures, we learn that hypocrites do indeed exist among professing Christians. In fact, they were present . . .

– will exist in the present age (as taught in the parable of the wheat and the tares—Matthew 13:18-30)

It is important to note that Jesus never called His imperfect disciples “hypocrites.” Rather, Jesus called those who were truly believers, and who took their own spiritual lives seriously, “followers,” “sheep,” “little flock,” and “disciples.” It was the hypocritical religious leaders of Israel that Jesus charged with not “doing what they preached” and “doing everything to be seen of men” and thus, he labeled them “hypocrites.”

I realize that some who claim to be Christians have injured their fellow man with words and actions. I have spent nearly 50 years serving God’s people and I have personally both heard words and observed behavior that was anything but Christian.

But instead of leaving the church, I have focused my eyes on Jesus and upon the many people who are sincerely living the Christian life.

To paraphrase Jesus, “The hypocrite you will have always.” Therefore, I have chosen repeatedly to keep my eyes on the original (Jesus) and the duplicate (believers who are serious about their Christian lives) instead of the counterfeit (hypocrite).

All Christians fail to perfectly live up to the standard the Bible teaches. No Christian has ever been perfectly Christ-like. However, there are many Christians who are genuinely relying on the Holy Spirit to convict, transform, and empower them in order that they may live the authentic Christian life. And because they love those who are broken and hopeless and desperately need Jesus, these genuine Christians want everyone to know how Jesus transforms lives through his grace and death on the cross.

And just for the record, there have been millions of Christians who have lived their lives free from even a hint of scandal. No Christian is perfect, but failing to reach perfection in this life is not the same thing as being a hypocrite.

Copyright © 2022 by Jeff Swart @jeffswart.com No part of this article may be reproduced or reprinted without permission in writing from Lifeword.org.