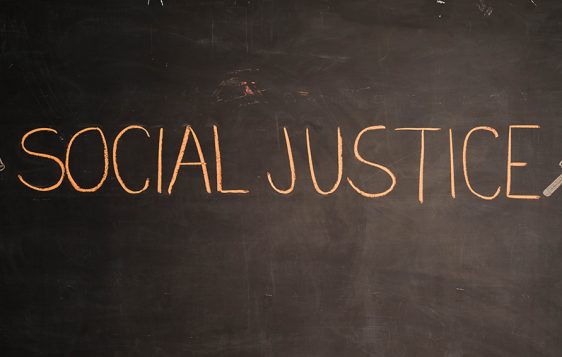 So what is the mission of God in a social justice world and what can we take from God’s Word? And what can result in the multiplication of churches?

In this time of cultural upheaval what is our response in a way that will exalt God and point people to Jesus Christ?

The New Testament is a missionary narrative full of answers like the ones found in Paul’s letters, which were mostly written to churches. But he also wrote to three individuals including Philemon, a wealthy church member at Colossae and Paul’s friend.

Here is the context during that time of upheaval:

In A.D. 32 Pilate, a Roman governor and outsider in the Jewish government of that day, was tasked with what to do with a radical religious leader named Jesus. Both groups rejected him and tried to get rid of him, but it didn’t work. This radical movement continued and spread, especially as its followers were persecuted for their faith.

Twenty years later Paul the persecutor had been radically saved and, armed with a God-given mission, embarked on missionary journeys to much of the known world. Christianity spread and caused a lot of noise and confusion.

When he reached Ephesus (modern day Turkey) he stayed, preached the gospel that he once had tried to eradicate, then made inroads with the Ephesians who were bowing to a false religion to the goddess Diana.

But when people became followers of Jesus and threw away her idols, it threatened the livelihoods of silversmiths. They were making money selling idols and became angry at this missionary team causing them to go broke. So there was a riot in the streets of Ephesus against Paul and the team.

Riots. Just like the ones that alarm us today, but Jesus and his followers were not the riot organizers; they were the targets.

So with that context, what it the cultural message for us today? Treat everyone equally? Yes, but the methods of change used today concern us, so where can we find the balance?

#1 Justice (especially the social justice kind we hear about today)

What is justice? What is social justice? Is it about the gospel or philanthropy and helping the disenfranchised?

Either way, we can’t turn a blind eye to it, and as Christians it’s who we are, what we proclaim if anyone is mistreated or rejected. Because we live in a broken world and we establish broken systems, sometimes we can be mixed up and confused.

In the current culture justice doesn’t mean equality, but it‘s based on that equality of opportunity that does not always lead to equality of outcome. So if justice is not the outcome, should it be equality by force? No.

Equality by force is what’s called egalitarianism, which is the foundation of socialism and communism where everyone is equal and the government solves all problems. It’s not the system that should replace our current one which is a broken system.

Justice in the Bible is grossly misused as being social justice, but we’re all valued and have value from Jesus and the gospel. Biblical justice is about what is right rather than about the outcome, but equal outcomes are not guaranteed.

It’s about truth, not personal opinions.

Paul was clear about his purpose but also focused on his belief that true justice comes from Christ, that the transformation of an individual happens internally, not externally. He believed that the gospel is truth.

But it’s not about preaching only to individuals. There’s also the corporate or societal setting. And I hope we don’t believe that governments can solve problems. It’s completely untrue. The gospel alone transforms both corporately and individually and gives us freedom.

When you were younger, how many times did you say, “When I leave this house, no one’s gonna tell me what to do” only to walk out of the  house and say,  “Wow, everyone’s telling me what to do.”?

Students, live it up now. You’re better off than you think, because freedom has expectations, and it comes at a great cost. That attitude of  “I do what I want” and the belief that “I can make my own truth” is the thing that will imprison and enslave us.

Autonomy says, “I determine right and wrong. l’m looking to establish my own truth.”

Which is what happened in the Garden of Eden. We’re all descendants of Adam who sinned because he wanted to create his own truth. In the human heart we want to rebel and discover our own subjective truth instead of what God says it is.

Morality isn’t subjective; it’s determined by God. The autonomy we desire so much will ultimately imprison and destroy us.

Through Paul’s letters to new churches, written during the 60s of the first century, his intent was to be clear about biblical justice. It was a time, however, when forty percent of the Roman Empire’s citizens were slaves, but not always because they were “owned” by someone; sometimes it was because of debt.

Slavery was very pervasive and prominent, but Paul writes on behalf of a runaway slave, Onesimus, who decided to steal from Philemon and run to Rome where surely no one would find him. It was there that this   runaway slave found Jesus through Paul, who was not in favor of slavery.

In the first twenty-five verses of Paul’s letter to Philemon, his friend and co-laborer, Paul challenges social norms in a time of upheaval. He begins his letter by thanking Philemon for his love and faithfulness, then he does something remarkable in the next fourteen:

He asks Philemon to consider Onesimus “no longer as a slave . . .  but better than a slave, as a dear brother.”

Jesus changed his life. Paul acts on behalf of Onesimus, just like Jesus is our advocate. He is the only way of salvation and it’s the gospel that defines and declares how we shall live our lives when we find ourselves in the midst of a cultural dilemma.

Here is the gospel in Philemon: Just as Christ is our advocate and only mediator between a holy God and lowly sinners, we offer grace.

How shall we act in the middle of a cultural dilemma?

There was a lot of noise and confusion during the time he wrote his letters. In Paul’s letter to Philemon, there are three things that help orient us in the middle of a whirlwind, much like the one we’re swept up in today.

What was the confusion: He was imprisoned, Judaism, gnosticism, emperor worship, slaves, etc.  The Gospel always advances in middle of confusion.

First of all, Paul had clarity during the confusion, which there was a lot of in the first century A.D. Americans are not the only ones who have experienced confusion and upheaval in society like the riots happening right now. Clarity comes in the gospel, and the truth of the gospel is what oriented Paul.

So what does that mean to us? In the midst of personal, societal, and idolatry difficulties, he wanted be clear about his beliefs as he wrote to Philemon about his slave. In Paul’s letter he advocates for Onesimus. He basically says, “I’m asking you to accept him as you would have accepted me. Put whatever he owes you or any damages on my account. Accept him as more than a slave, but as a brother in Christ.”

So did Paul give a wave of his hand to the acceptance of slavery? No, I believe that he was trying to be very clear in the middle of confusion about his real reason for writing.

But it’s not about preaching only to individuals. There’s also the corporate or societal setting. And I hope we don’t believe that governments can solve problems. It’s completely untrue. The gospel alone transforms both corporately and individually.

#2 Focus on the Individual

Paul focused on the individual (Onesimus and local house church members) not on the societal level.

He was not about the state but the individual, and just like Jesus is our mediator when we had no hope, Paul advocates for the runaway, thieving slave Onesimus.

Stop believing that a political party or government will solve our problems. Jesus is the solution, and he tells us how we live among those who don’t follow Christ:

We advocate for them. We become the link between them and Jesus just like Paul was for Onesimus, who went from criminal to Christian. When God does something for us we never could do for ourselves, transformation happens.

How do we do the same? We forgive. We live out the gospel. How do we live among those who don’t follow Jesus? We advocate for them, like Paul did for Onesimus, who went from useless to useful. He was radically transformed and forgiven, which many people need right now.

Paul was focused on individuals and the community of Christ, which is the church.

Currently, in this great attempt to have equity for everybody, the Bible is clear that we should reach out to the fatherless, the widows and orphans, to those in poverty, to those who lack opportunity. There’s no doubt about that directive.

So ask yourself how many of these groups you interact with? That’s the level where we make the greatest difference. Paul is not making some impersonal, distant, appeal for Onesimus but a personal, up-close appeal on his behalf.

How many of us are advocating for the disenfranchised as Paul did? This needs to happen from my address, not 1600 Pennsylvania Avenue in Washington D.C. We are certainly in favor of Christian involvement in the government, we simply do not place our trust in the government.

What elderly, orphan, sojourner going through a hard time, is in your care? It’s not, ”Hey, government, fix this.” It’s up to us. We don’t get a pass. Through radical compassion and stewardship, that’s justice.

#3 Mean About the Mission

Paul’s mission of advocacy for Onesimus was clear, he was focused, he did not relent, and he did not turn away from his purpose. His words of grace and forgiveness on behalf of Onesimus filled the former slave with hope, and later he became pastor of the church at Ephesus.

Paul, Philemon, Onesimus . . . They were mean about their mission. As we deal with upheaval and confusion, we also have to be mean about our mission. If that mission does not include our personal discipleship of others and the resulting multiplication of churches, we have a definition that is foreign, unknown to the Word of God, and a wrong expression of the gospel.

Jesus, was mean about his mission, and he’s is the only way of salvation. It’s the gospel that defines and declares how we shall live our lives when we find ourselves in the midst of a cultural dilemma.

When we focus on the mission, on clarity, and on individuals, God will use us to advance his causes in a social justice world.