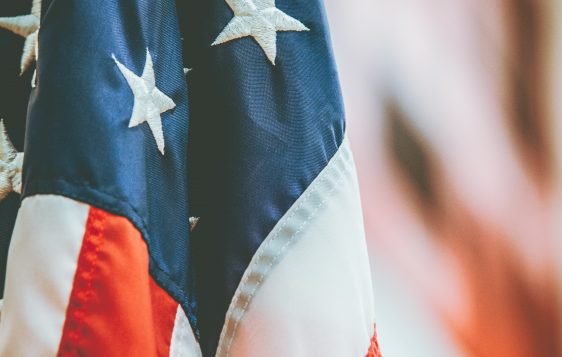 When I worked for KAIT news, I had the honor of interviewing a veteran who fought in World War II and who was at Pearl Harbor.

As he spoke about the friends he lost and the memories that were bottled up inside, his emotions overcame him, and we had to stop filming. After regaining his composure, he told us of the different jobs he and his friends had and how they used their skills to save lives. They were all soldiers, but every one of them had a job to do.

Some were trained pilots while others were communication operators.

Some jobs, at first, seemed less important than others, but as the man explained, they were all vital.

In Genesis chapter eight, Noah had a job for a dove and a raven.

“After forty days Noah opened the window of the ark that he had made, and he sent out a raven. It went back and forth until the water had dried up from the earth. Then he sent out a dove to see whether the water on the earth’s surface had gone down, but the dove found no resting place for its foot. It returned to him in the ark because water covered the surface of the whole earth. He reached out and brought it into the ark to himself. So Noah waited seven more days and sent out the dove from the ark again. When the dove came to him at evening, there was a plucked olive leaf in its beak. So Noah knew that the water on the earth’s surface had gone down. After he had waited another seven days, he sent out the dove, but it did not return to him again.” (Genesis 8:6-12).

A raven and a dove were chosen of all the birds on the ark to do a job. Yet their work differed from each other.

Noah needed to know what was out there.

He needed to know if it was safe for his family to leave the ark.

He needed to know how far the waters had gone down or if they would be able to survive if they left the ark.

So, the raven was sent out first.

Ravens are known for being scavengers – they eat the flesh of the dead. The raven went out but came back because the waters were still high.

Noah then sent out a dove. Doves are known as a symbol of peace. They need vegetation for food, so Noah used this bird to tell him what was beginning to grow. The flood had destroyed everything, so it was important to have food and shelter when Noah and his family left the ark.

Finally, after many flights, the dove returned with an olive tree branch. Noah then knew soon they would be able to leave the ark.

Seven days later, the dove went out again, but this time, it did not return. Noah then knew It was time to leave the ark.

Both birds had a purpose and were used by God to guide Noah and his family.

As Christians, we too have a purpose to use our unique gifts given to us by the Holy Spirit. When we recognize our gifts and use them for God’s glory, we fulfill our purpose.

Together, with all of our gifts used for God, Christians are an incredible force for His kingdom!

Because we have a job to do.

We are to fight in a war with forces that can’t be seen.

We are to be prepared for spiritual warfare.

Are you ready for battle? Do you know your role in the Lord’s army?

Have you girded yourself with truth, salvation and the sword – the very Word of God?

Are you ready to be used by God?