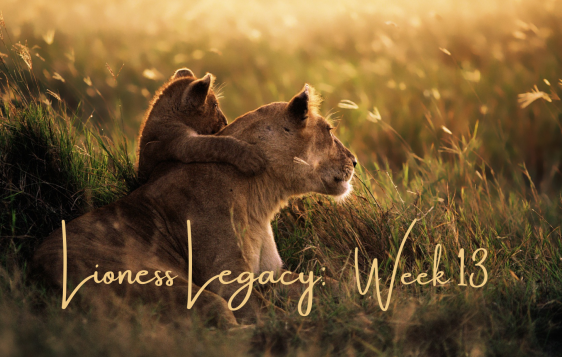 Though I gave 3 definitions last week, the one below applies to this week’s lesson.

A few other explanations that may be helpful:

◾Humility depends upon the Lord, not itself.◾Humility is focused on others, not ourselves.

How did we show humility last week?

We became foot washers! We read the story of Jesus washing the disciples’ feet. It was a humble act of Jesus serving His students, something unheard of in his time. It was one of His last acts of love to the disciples before enduring persecution and death. It would be the last image He wanted to leave them with before going to the cross.

Serving others in love is our form of foot washing. It is the best expression of humility.

Do you remember the verse we memorized? Here it is↓

⭐ Discussion Question to get your people thinking about today’s topic:

Do you obey your teachers? Coaches? Sunday School teachers?

Do you obey your parents? (You can also share here, mama, about your own experiences growing up!)

God is always trying to chisel our character and our faith to look more like His. He needs us to be quick to listen and obey the people in charge of us.

➤The more we obey, the more humble we become.

➤The more humble we become, the more blessing we will receive.

Look at the last part of Exodus 20:12: “…so that you may live long in the land the Lord your God is giving you.” This “land” is indicating blessing and favor of God. Listen, if anyone wants God’s blessing and favor, it’s me!!! All it takes is a humble attitude that is quick to listen and obey.

2. Transition over to Legacy Lesson:

Feel free to modify for your sphere of influence. Add, revise, or delete sections that would help keep attention for 30 minutes or less. (For younger audiences, I would aim for 10-15 minutes!)

Before we read about Naaman’s story, let’s talk about leprosy…because Naaman had leprosy.

Do you know anything about leprosy?

✔ Leprosy is a skin disease caused by “a slow-growing bacteria called Mycobacterium leprae.

✔ It’s also referred to as Hansen’s Disease, named after Dr. Armauer Hansen of Norway who first discovered the germ that caused leprosy (via microscope).

✔ Because of its slow growth, it could be in your body for a really long time before you start showing symptoms.

✔ It is considered chronic because it doesn’t go away, unless you have antibiotics. (In Biblical times, they didn’t have such medicine, so when a person contracted this disease, they had it for life. Today, there are still people who contract this in countries like Africa, Asia, and Latin America.)

✔ Some people get white sores and large tumors on their flesh.

✔ Some people’s flesh begins rotting away, just like a dead person’s.

✔ It also affects the nerve endings so that people cannot feel pain. Not feeling bad may sound like a good thing to you, but God created us to feel pain. Pain is a warning that something is either wrong in our bodies or a warning to stop doing something that is causing pain. If we can’t feel pain, we will do things that could harm our body without realizing it, like touching a stove burner when it’s hot!

✔ Leprosy can disfigure a person and even disable them so that they cannot work for a living.

✔ Ultimately, it is a slow disease aimed at destroying the body.

What do you think it felt like to have leprosy in Biblical times? Oh my, it would be terribly lonely!! Lepers were outcasts. An outcast was a person not allowed to live in the city or town with other people. They had to live in “leper colonies”—a group of people with leprosy who are living together. Though it seems really cruel to do this, there were a few reasons why non-leprous people enforced this:

1—Leprosy was contagious. Though it was skin-to-skin contact, the

For the few times leprous people came into town, they had to do a few things to

alert others of their presence:

*They had to wear bells or all black robes with hoods to cover their faces.

*They had to cry out “Unclean! Unclean!” Healthy people cried out “Leper! Unclean!” and sometimes, people even threw stones at lepers if a leper got too close!!

2—Leprosy was frightful looking. People who had advanced stages of leprosy

were missing chunks of their skin on their bodies, leaving their insides exposed.

Others would have areas on their bodies that were so enlarged, they looked

3—People with leprosy smelled really bad. Their flesh was slowly rotting away

(remember, like a dead person’s flesh) so there was a strong stench that hung

about them wherever they went.

So, you tell me again, how do you think it felt to be a leper? LONELY!!! No one wanted to be around you, people actually ran from you, and some even threw stones at you, You couldn’t live among your friends or family members and had to live with other people who were also outcasts. Humiliated, shamed, unwanted, worthless, and hopeless…it would be very sad to be a leper.

Knowing more about leprosy will help us empathize with the person in our story today— Naaman. For this story, we are going to read the parts aloud—everyone gets a part to read.

The more we get into this, the more fun we can have! Read your lines as animated as you can!

*For mamas of young kiddos who can’t read, I would show this story. Superbook has a great clip of this movie that I really like, but it shows only the healing of Naamen. (If you want to watch the whole episode, you need to be a member of the Superbook DVD Club. (If you are, it’s Season 3, Episode 5!) Another episode that would work is titled Naaman the Leper (Bible Story Cartoon), DLM Movies. It’s narrated by a child, for children.

How did Naaman respond when Elisha’s servant told him to dip 7 times into the Jordan River?

Why did he react this way?

Because he was a man many respected and looked up to, he felt like he should have had a more dignified healing. He wanted Elisha to come out and speak a healing over him. He felt that, as a great leader, it was beneath him to walk into a dirty river to get cleansed from leprosy. In other words, Naaman was being very PRIDEFUL about the type of healing he thought he needed!

Why do you think God chose this type of healing?

Well, my best guess is this: Naaman needed a lesson taught in humility. God will sometimes let adversity come our way in order to teach us that we need Him, especially if our adversity (or trouble) is something we cannot control! For those of us who like to be in control, we often have trouble surrendering control to God.

➤Sometimes, Jesus gave a command that would bring a healing.

God has his reasons, but I feel strongly that God wants us to have a teachable spirit—to listen and obey in order to receive whatever He has planned for us!

What if Naaman only took 6 dips in the Jordan? He never would have received his healing!! He would have missed out on a life-altering blessing! If we obey, we must obey 100%! Full- out obedience brings humility.

Who did God use to reach out to Naaman?

⭐ A YOUNG, Jewish girl who had the faith to reach out to Naaman (despite the fact that he took her from her home by force and made her his wife’s servant)

⭐ Naaman’s servants who stopped Naaman from storming away from Israel in anger at the thought of getting into that stinky, dirty Jordan River.

⭐ Elisha who healed Naaman through a command.

God reaches out to all of us through other people—parents, teachers, mentors. If we are quick to listen and obey, it will bring not only blessing but also humility. Humility helps us reflect God’s spirit more than ever. But, if we dismiss their advice, we become disobedient and reap nothing but consequences.

Naaman was a man of power, respect, and reputation. Prior to leprosy, he was a handsome man (his name in Hebrew means “beautiful”). When leprosy hit, it was out of his control… and it was humbling.

To go from handsome to diseased was humbling.

To travel to another country to get a healing was humbling.

To be told to take a bath in a dirty river was humbling.

To listen to his servants was humbling.

To obey others (when he was used to giving commands) was humbling.

God used circumstances and people to walk Naaman out of pride and into humility. God desired a teachable spirit with Naaman so that Naaman could receive his healing. God desires us to have a teachable spirit so that we can enjoy his kindness, blessing, and favor. Because humility is a necessary part of our relationship with God, we are going to memorize

When we think we know better than our parents/teachers/coaches, that is called being proud. God is against us and our pride. When we are quick to listen and obey, we will receive his kindness…just ask Naaman.