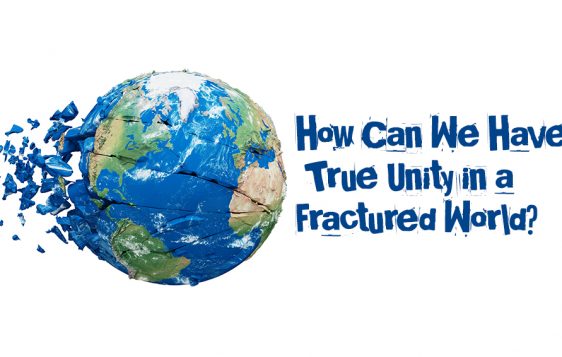 Although we are still sorting through the debris, the dust is settling just a tad after a horrific election cycle and its aftermath. There has been much talk of unity, though I have felt little true desire for that to happen.

To be honest, I don’t feel like either party desires unity in our political environment. I think both desire power and control, and that desire overwhelms the desire for unity.

And in this cycle, one party has achieved the totality of that power and control. One party occupies the White House while also controlling the mechanisms of power in both chambers of Congress. For some of us, that seems a recipe for disaster. For others, it seems a dream come true.

Indeed, the party in power does have an opportunity to promote unity. But it will take a significant conciliatory step to advance that cause.

The desire for “a seat at table” is a universal desire. In fact, it is an inherent need. It extends to every facet of life and into every type of relationship.

Students have a strong desire to have input in the policies that affect them at their schools. Patients and doctors are growing increasingly frustrated by the feeling that insurance companies are denying them “a seat at the table” in many coverage decisions. The feeling of no “seat at the table” in many marriage and family dynamics is a major stress factor in those dynamics.

It was precisely the failure of employers to grant employees “a seat at the table” that was the catalyst for the formation of labor unions in our country. Employees feel the inherent need to have input into the policies and procedures that impact them. If that need is not honored, they will either seek to force that input, develop attitudes of apathy, or abandon the organization entirely.

That same scenario is common in other organizations also. In fact, it is common in all relationships. It is a major issue in marriages, families, churches, friendships, you name it. Resentment over feelings of having no “seat at the table” is a major factor in much of the strife engulfing our society today, including our seemingly unsolvable racial strife.

Either the inherent need for “a seat at the table” is honored or any relationship suffers. That suffering may linger like a chronic disease for years or it may reach a point of irreconcilable differences quickly. In either case damage occurs, and sometimes that damage is irreversible.

So if “a seat at the table” is such an inherent need and the devastation caused by failing to honor that need is so predictable, why does it remain such a colossal issue?

I don’t have an ironclad answer for that, but I have observed that our failures to honor the need for others to have “a seat at the table” often involve one or more of three distinct factors:

As with the political parties, our desire for control can be intoxicating. We can call it by a lot of nice names and try to explain it with a lot of noble language. We can even deny that it’s true. But most of us can be pretty self-centered, and exerting some level of power or control over others is the easiest way for us to look out for number one. And when we feel that we have that power and control, we can quickly lose sight for the need of others to even have “a seat at the table”. After all, we are the “decider”- not them!

Personally, I think that fear is the most undiagnosed ailment of our day. I think that more people operate out of a spirit of fear than we realize:

fear of being proven wrong

fear of having someone with a better idea than ours

fear of being challenged

Fear almost always creates either self- promotion or self- protection. And when acting in self-promotion or self-protection, whether we realize it or not, we won’t take the risk of having someone or something show us up. Granting others “a seat at the table” heightens that risk. So, we avoid doing it out of fear.

Pride can take many forms including oversized egos and arrogant attitudes. We come to feel that we have no need for the input of others. We value our judgment above that of anyone else.

Why do we need to give others “a seat at the table” when our mind is already made up? This “my way or the highway” attitude has destroyed more organizations and relationships than any other human factor. Perhaps Proverbs 16:18 got it got it right after all.

THE MOST IMPORTANT “SEAT AT THE TABLE” OF ALL

So, what about the most important relationship of all? What about “a seat at the table” in the kingdom of God?

Well first of all, we are all invited to have “a seat at the table” in God’s kingdom. The only requirement is that we enter through the door and Jesus tells us that He is that door. Our seat is ready and waiting. Once we accept Jesus as our Savior, we can just walk right in and sit right down.

And when we sit down, we are free to bring every issue we have directly to Almighty God. No point of discussion is off limits. We can bring every thought, feeling, grievance, or request to the Lord without any fear of repercussions. We truly are given “a seat at the table” without restrictions. If you have not claimed your seat, I hope you will seek help with that right away.

Once we have accepted our “seat at the table” in God’s kingdom, the question becomes whether we grant Him “a seat at the table” in our lives. God does not take a seat by force. He allows us freedom of choice in our lives. He is fully ready to sit right there with us every day in every circumstance. He is absolutely ready to give us every bit of guidance and input that we are willing to seek. And His guidance and input are absolutely perfect in every instance. So why would we ever resist that!

Unlike my doubt about the political parties, God proved beyond question he desires unity with us and provided Jesus as the door to that unity. He truly wants each and every one of us to have “a seat at the table”.