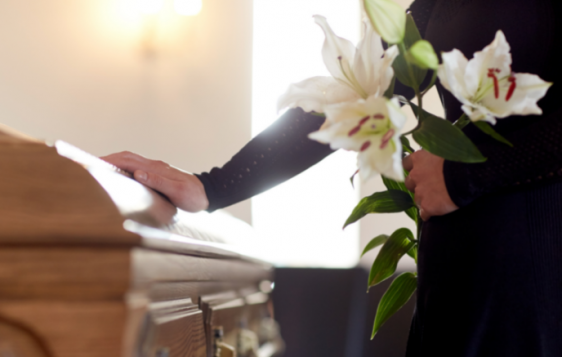 Groups of people clustered around the spacious gathering room in the aisles between rows of chairs, smiling, chatting, embracing, remembering. Some, with chins quavering, dabbed the corners of their eyes with tissues to levee the tears that overflowed their banks. A blond wooden casket presided over the room, but most of the people ignored its presence. They knew the broken, octogenarian form resting inside was just an empty shell. His spirit was rejoicing in the presence of the Heavenly Father. Jim lived a full life, always surrounded by family and friends, just as in that room at his death.

When the time came for the service to begin, Jim’s son stood to officiate. With fondness, he told warm stories of days gone by, of quirks and habits that made his father beloved by all. The listeners nodded their agreement and chuckled in their reminiscences.

Jim had been a schoolteacher for more than three decades and a Sunday school teacher longer than that. Years of sharing his life with children, grandchildren, students, and friends, investing his life in the lives of others, talking of the Lord—this was the fruition, being honored by those left behind. Those who would, as his son poignantly noted, “have to learn how to live life without him.”

“But I know I will see him again one day,” he continued, his eyes wistful. “That hope allows me to stand before you brokenhearted, and yet with a smile.” He shared his father’s love of the Savior. Jim, in death as in life, pointed people to Jesus.

The funeral of a Christian is a time of rejoicing and hope. Though we mourn, we are comforted. The Apostle Paul says, “Brothers and sisters, we do not want you to be uninformed about those who sleep in death, so that you do not grieve like the rest of mankind, who have no hope. For we believe that Jesus died and rose again, and so we believe that God will bring with Jesus those who have fallen asleep in him” (1 Thessalonians 4:13-14).

Outside of Jesus Christ there is no hope after death. But because Jesus died for our sins, was buried, and rose again, he provides a way for humans to be reconciled to God the Father, to be forgiven of sin so that we can have a relationship with him. Jesus said of himself, “I am the Way, the Truth, and the Life. No one comes to the Father except through me” (John 14:6).

He is our hope, the reason we can rejoice even in the face of death, if we have trusted in him as our Savior.

Copyright © 2021 by Vicki Lowery @https://writerlythoughts.com/2021/12/06/hope-in-death/ No part of this article may be reproduced or reprinted without permission in writing from lifeword.org/.