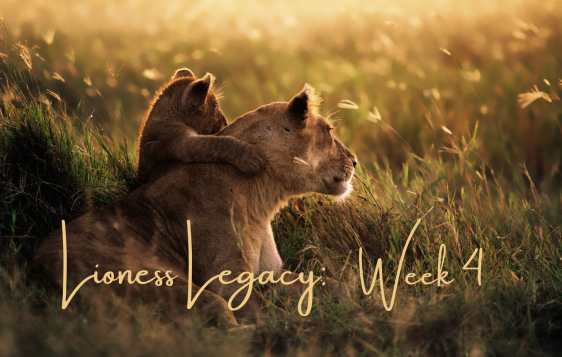 3. Wrap-up: Apply the message to our own lives and work on the memory verse

There are two sneaky ways to be dishonest. The first way is to exaggerate. The second way is deception. In either case, people start with a shred of truth and weave in a sneaky lie that tricks us into believing it. Satan’s best tactic against God’s people is deception. He tries to dupe us into believing his lie and so we doubt God’s truth. Many people fall victim to this strategy! Eve did, so did Adam. And they were just the beginning…

To help guard us against being sneaky or exaggerating, we learned Matthew 5:37:

Discussion Questions to get your people thinking about today’s topic:

What is the purpose of a belt?

What if we didn’t have belts?

Goofy question, right? But let’s entertain it for a minute. What if we didn’t have belts?

Well, for starters, if we didn’t have belts, we might be pretty embarrassed if we bent over. Many people would have some droopy drawers… let’s agree belts are important!

Fun Fact: Did you know belts are really important to soldiers, especially soldiers in the Roman army during biblical times? Soldiers in biblical times really depended upon their belts.

Here are a few reasons why:

✓Belts also helped the townspeople, who would volunteer to fight in battles. The townspeople would wear long robes and in battle, they would tuck their robes into their belts so that it would look like they were wearing shorts. This helped them run and move quickly in battle.

Can you think of any other ways believers are like soldiers? (Ask and discuss if you have the time!)

Every day, we make choices… choices that make God proud or make God sad. God wants us to wear our belts of truth to help us make better choices. Now, our belt of truth isn’t a real belt we can see with our eyes, but it is a knowledge of God and how He wants us to live our lives.

Without this belt, none of our other armor can work very well!

2. Transition over to Legacy Lesson: Armor of God

You will need a Bible to read our focus story. Feel free to modify for your sphere of influence. Add, revise or delete sections that would help you keep their attention for 30 minutes or less. (For younger audiences, I would aim for 10-15 minutes!)

Last week, we learned how sneaky Satan can be. If he would have told Eve an outright lie, she could have seen right through it. But he lured her in with a half-truth… and then mixed it with a lie.

This is his #1 strategy for tricking people. Because he has been doing it for a long time, he is very good at it!

So, how do we protect ourselves against an old, sneaky snake?

What did it say to put on? (Armor of God)

Why are we to put it on? (To stand against the tactics of the Devil)

Go back to verse 10. If we do this, what will happen? (Be strengthened by God with his vast strength)

As any soldier would tell you, ARMOR is everything for our survival.

Soldiers in biblical times were fighting a very real enemy: one that they could see and touch, if given the opportunity. But, according to the Bible, our enemy is Satan and will always be Satan. The tough thing is this: We can’t see him or feel him.

So, how do we defend ourselves against him? (Put on the Armor of God & get strengthened by God to stand firm)

Let’s learn about this armor now! To really understand this part of the lesson, we are going to have to get interactive.

Leader: For this lesson, you have a choice in your presentation:

👉 Find items around the house that can represent the armor of God:

If you have young kids, keep it simple by labeling the armor. Be creative with your “armor” if you don’t happen to have a sword or a breastplate lying around!

👉 Get post-its and write each of the following pieces of armor on them:

Belt of truth, Breastplate of Righteousness, Shoes of Peace, Shield of Faith, Helmet of Salvation, and the Sword of the Spirit.

As you talk about each piece of armor, put the post-it on one of your willing people as an example. (They will look funny, but it will show a visual of what you are talking about!) Or display all of the post-it notes, and have your peeps place the post-it where it goes on a willing person; then, see if they can describe its function.

👉 Get an erase board and draw out a person (or stick person). As you talk about each piece of armor, have one of your people draw it on your person. Better yet, see if they can draw and explain the function of the armor!

Discussion: (focusing in on the Belt of Truth)

How heavy do you think all of this armor is? A whopping 66 pounds!

Soldiers couldn’t withstand the pressure of their armor if they didn’t have a belt to hold it all in place. In fact, the belt would be the first piece of armor a soldier would put on. This belt would allow a soldier to stand firm against their enemy.

Our “belt” as Christians is God’s truth, and that truth allows us to stand firm against our enemy, Satan.

—>> How He wants us to live our lives

Knowing and relying on God’s truth helps us stand firm against deception and lies!

It is so important to know the truth here! If we don’t know much about God, it’s hard to stand firm against any lies that come our way. Glance back at those statements above. They are all deceptive! What if we lived our whole lives thinking that way?

That is why we have to learn as much as we can about God and his Word!

For this last week on honesty, our memory verse is focused on truth. In John 8, Jesus told his disciples if they listened to His teaching and lived that teaching out in their lives, they would know the truth. Knowing the truth would help them avoid sin.

If I were to paraphrase this verse, it would go like this:

“Guys, I will teach you how to live life honestly. This knowledge will give you power to break free from your sinful habits and to make better decisions.”

All of us need that promise!

You see, truth is a beautiful thing. Knowing who God is and how he wants us to live our lives will guard us from being tricked into believing lies and making bad decisions.

That is why it is our memory verse for this last week on honesty.

A thought to end on:

God’s truth is like a light in our lives. It shows us the way to live life. It also shows us possible obstacles that may trip us up. When we have our light, we can avoid those areas and walk confidently around them. In doing this, we become the “light” to other people around us!