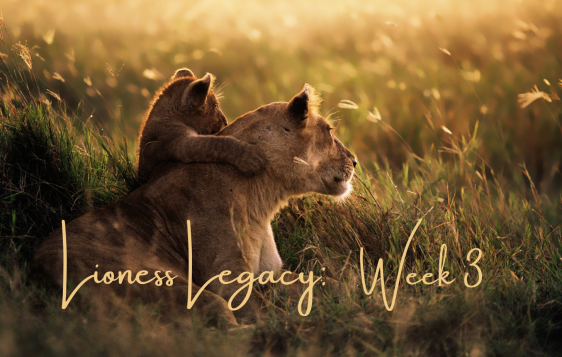 3. Wrap-up: Apply the message to our own lives and work on the memory verse

Briefly recap last week’s lesson on peer pressure and Aaron’s lie. Rehearse your memory verse again from Psalm 120:2: “Save me, O Lord, from lying lips and from deceitful tongues.”

I. Icebreaker: Half-Truths and Exaggerations

Discussion Questions to get your people thinking about today’s topic:

TRUE or FALSE: Exaggerating the truth is not lying.

Boy, oh boy, this is a big one in our family. The answer is a big FALSE. When you begin with a truth, or a half-truth, and then enhance it with false details is LYING. Making something bigger than what it really is or twisting the truth to make you look better also fall under the lying category.

Have you ever felt like someone was exaggerating to make their story sound better?

Have you ever started to tell the truth, but then added to the story to make it sound better?

Why do you think we do this?

For whatever reasons, adding to the truth can really get us in trouble. Sometimes immediately.

Sometimes, it earns us reputations as an exaggerator or, worse, a liar.

A few points to make about today’s topic:

*People can start telling you the truth to hook you in, and once they do, then they can weave in some lies.

“You are helping me on this assignment. The teacher won’t care if you let me look off of your paper. I am only checking my answers!”

*Exaggerating is lying. Plain and simple. People who exaggerate usually have some form of insecurity that makes them prone to want to make something better than what it is.

Continual exaggeration is toxic and something you want to steer clear of! A lie is a lie, no matter what spin you put on it.

Stretching the truth, or mixing in a truth with a lie, is still breaking Rule #9 of the 10 Commandments.

It still needs to be confessed and avoided.

2. Transition over to Legacy Lesson: Adam, Eve, and that crafty snake

You will need a Bible to read our focus story. Feel free to modify for your sphere of influence. Add, revise or delete sections that would help keep their attention for 30 minutes or less. (For younger audiences, I would aim for 10-15 minutes!)

There’s someone else who is really good at mixing in a whole lot of lies with a little bit of truth: the Devil. (Or you can say “Satan”…whatever title you feel is appropriate for your people.)

He takes something somewhat believable and makes you think it is the truth. Now, most of us would say, “I could totally tell a truth from a lie!” But let’s check out something the Bible says about the devil, who was disguised as a snake in Genesis 3:1. This verse talks about the snake (aka: devil) being “crafty.” I checked out other translations of this verse, and found some other interesting adjectives for the Devil:

*sneaky (This means he is not only good at getting away with doing the wrong thing, but he is THE BEST at it.)

*the most cunning (This means he is not only an expert at deceiving, but he is the BEST DECEIVER.)

*the most clever (This means he is not only smart about how to tell a good lie, but he tells the BEST, MOST BELIEVABLE LIES.)

So, right from the very beginning, we are told the devil is MORE sneaky, cunning and clever than any other living creature. But that’s not everything.

Turn to John 8:44. What does this verse say about him?

Yikes! It’s one thing to tell lies. It’s quite another to be the FATHER of lies.

What does it mean to be the “father” of lies? (He created the lie. He was the first one to lie… ever.)

Let’s review what we know about the devil:

Okay, so if we know one thing about the Devil, it is this: HE IS A LIAR!

I know I have been tricked by him before. Maybe you have, too? Well, we aren’t alone. One of the first stories of the Bible involves him tricking one of the first people on the earth.

Who were those first people ever created? Adam and Eve

What was the name of the area that Adam and Eve lived? Garden of Eden

What was their job? They had to watch over the garden and the animals. Fun Fact: Adam named all of the animals in the garden!

God gave Adam and Eve ONE RULE while living in the garden, taking care of the animals. Do you know what it was? If your kids know it, great! If not, turn to Genesis 2:15-16.

What was the one rule? NO EATING from the Tree of Knowledge of Good and Evil.

*This was a literal tree in the Garden of Eden. The fruit wasn’t “magical”; it was the disobedient act of eating it that would open their eyes to evil and sin. It was kind of like a moral test God gave them… would they obey the one rule he established? Or disobey?

What would happen if they did eat from it? God said they would die (Yikes!)

The aging process always ends with a physical death.

But, there was still another “death” God was referring to. While in the garden, Adam and Eve walked with God, talked with God and were close with God. The “death” God talked about would be the end of that spiritual closeness.

Upon eating the fruit, they would be kicked out of that perfect environment: no more walking with God, talking with God, and remaining close to God. Their sin, of breaking one rule, would separate them from God. (See how serious one sin is in God’s eyes?!)

So far, life was perfect for Adam and Eve. They enjoyed each other’s company and they had a garden of animals to tend to and love on.

Because Adam and Eve took care of the animals, the devil decided to disguise himself as one of the animals – as a snake. Not just that, a talking snake! Fun fact: In this perfect environment, Adam and Eve talked with the animals. That is why it wasn’t creepy that a snake started talking to Eve. She was used to it.

1. Watch how Satan takes a little bit of truth and deceives Eve with it.

Optional: (something fun for younger kiddos)

2. When reading the story, anytime the word “snake” is mentioned, let’s give it a big “BOO!”

What was the first thing the snake said to Eve? “Did God really say….” (He gets us to doubt God!)

What did Eve say? She said they mustn’t eat or touch the fruit, or they would die.

How did they snake reply? “You won’t die! Your eyes will be open, and YOU WILL BE LIKE GOD.”

Now, Satan took some truth (“You won’t die”) and mixed it with a lie (“You will be like God…”). And that was all it took for him to trick Eve into eating the fruit…all because she wanted to be “like God.”

Sadly, she didn’t realize how close she was to Him. Even more sad, she didn’t realize none of us would ever be “like God.” She bought the lie, and offered the fruit to Adam who also, willingly, ate it after listening to the snake, too. Ultimately, they were all busted and punished by God.

All of this because of a lie.

You know, the devil’s tactics haven’t changed much today. While he may not talk to us as a snake, he can put lies into our minds and try to get us to believe them. How would he know if we “took his bait”? Well, easy… if we act on his lies, he knows he deceived us.

This story shows us lying can hurt more than ourselves – it can hurt other people. Even though the snake (BOO!) told the lie, Adam and Eve believed the snake over God.

Anytime other people try to get you to do things that wouldn’t make God or your parents proud, your answer should always be “NO!” and then WALK AWAY.

If Eve had just told that craft snake, “YES, GOD SAID THAT!” and walked away, it would have been the end of the story.

She listened to the snake.

She thought about his question.

She let the snake talk her into breaking a life-altering rule, her only rule.

Our memory verse goes along with that same idea.

“Let your yes be YES. Let your no be NO. Anything more than this comes from the devil.” Matthew 5:37 (NLV)

Anytime we feel we have to “add” to our response, that is when we can get tempted to lie.

See how easy it is to lie when we feel like we have to add on to our answer?

So, my advice to you is this: Say “yes” or “no”; if you add anything extra, you are going to be tempted to “spice it up” a little, usually making yourself look better.

Remember who the Father of lies is? Yep, the devil. Let’s agree that joining efforts with Satan and helping him out by lying is going to end up badly for us.

Thought to end on:

*Don’t be easily duped! Ask a friend, a teacher, or better yet, a parent for their advice. Will it be hard? Sometimes, yes.

Could it save you from being tricked? YES.

*If it sounds too good to be true, it usually is. Run away!

*Don’t automatically believe what people tell you. Think about it. See if it “feels” right.

*Pray that God will help you “discern” or see when people are exaggerating the truth or trying to deceive you.

Just like Adam and Eve got separated from a holy God, we too can separate ourselves from God by lying. Remember our verse from last week: “Save me, O Lord, from lying lips and deceiving tongues!” Let’s be quick to pray anytime we feel someone isn’t being honest with us… or worse, we aren’t being honest with others.

Let your YES be YES. Let your NO be NO.