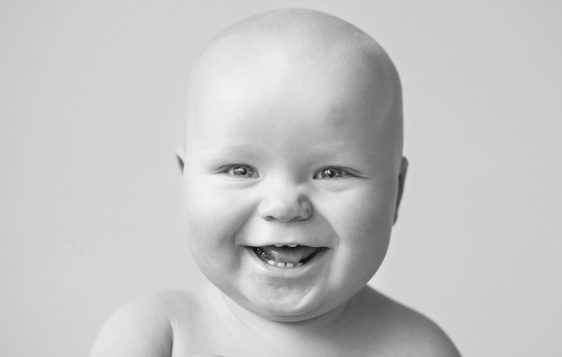 I’ve broken a lot of promises.

I didn’t set out to go back on my word, but along the way, life happened, choices were made, and promises made were not kept. Whether they were silly promises made with a child-like sense of reality or vows to honor, I failed to keep them.

He kept His word and stood firm on His promises in Genesis chapter 21, as he followed through with His promise for Abraham and Sarah.

“The Lord came to Sarah as he had said, and the Lord did for Sarah what he had promised. Sarah became pregnant and bore a son to Abraham in his old age, at the appointed time God had told him. Abraham named his son who was born to him—the one Sarah bore to him—Isaac. When his son Isaac was eight days old, Abraham circumcised him, as God had commanded him. Abraham was a hundred years old when his son Isaac was born to him. Sarah said, ‘God has made me laugh, and everyone who hears will laugh with me.’ She also said, ‘Who would have told Abraham that Sarah would nurse children? Yet I have borne a son for him in his old age.’” (Genesis 21:1-7)

God did exactly what He promised to do. No matter how crazy or impossible the idea seemed to Sarah and Abraham, God delivered.

The name Isaac means laughter. His name served as a reminder to his parents of when God first told them they would have a baby and Sarah and Abraham laughed. It also was a reminder that they would laugh and find joy in their old age as Sarah was finally able to bear a child.

It also serves as a reminder to us that God keeps His promises. He never falters. His will is perfect and purposeful.

What are some promises we can rely on from God?

“For the Lord himself will descend from heaven with a shout, with the archangel’s voice, and with the trumpet of God, and the dead in Christ will rise first. Then we who are still alive, who are left, will be caught up together with them in the clouds to meet the Lord in the air, and so we will always be with the Lord. He graciously forgives.” (1Thessalonians 4:16-17)

“For as high as the heavens are above the earth, so great is his faithful love toward those who fear him. As far as the east is from the west, so far has he removed our transgressions from us.” (Psalm 103:11-12)

3. God wants ALL to know Him. He doesn’t want ANY to perish.

“For God so loved the WORLD that he gave his only begotten son, that WHOSOEVER believeth in him shall not perish but have everlasting life.” (John 3:16)

4. Those who reject Christ as the Savior will face eternity in hell, a place of torment.

“When he takes vengeance with flaming fire on those who don’t know God and on those who don’t obey the gospel of our Lord Jesus. They will pay the penalty of eternal destruction from the Lord’s presence and from his glorious strength.” (2 Thessalonians 1:8-9)

5. Those who are saved will be spared from wrath and have an eternal home in heaven.

“But our citizenship is in heaven, and we eagerly wait for a Savior from there, the Lord Jesus Christ.” (Philippians 3:20)

Are you trusting in Christ and resting in His promises?

Today, let us rejoice in the mercy of God’s love and His perfect will!