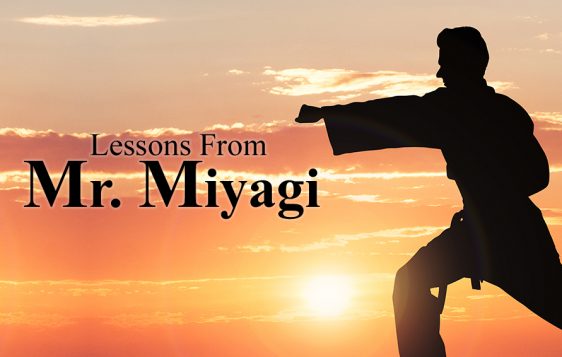 In the 1984 film Karate Kid (now resurrected in a new series called Cobra Kai), an enthusiastic karate student is disappointed when his first lesson involves cleaning and waxing his master’s car. Day after day, Daniel questions the point of laborious tasks such as sanding a wood floor, refinishing a fence and painting Mr. Miyagi’s house. But when Mr. Miyagi finally begins to teach him karate moves, Daniel is amazed to discover he has developed muscle memory ideal for his new knowledge of karate.

Pastors and leaders desiring to disciple other believers could learn from Mr. Miyagi’s example, because it is the same method of teaching that Jesus used to train his disciples.

Jesus took advantage of daily opportunities to lay foundations for learning before telling his disciples what He wanted them to know. He taught the twelve men to rely upon God’s provision by involving them in feeding the 5,000.

He condemned racism and imparted a vision for missions by introducing them to the Samaritan woman at Jacob’s well. He taught them the cost of serving as Jesus washed their feet. He used the imagery of fishing nets and fields of harvest to teach them about ministry.

Only after they had observed him at work and participated in his ministry did Jesus begin to explain everything to them. At that point, they were fertile soil for everything he wanted them to understand.

In the western world, we teach first and then do. But this is backward from the example Jesus set for us. Weekly Bible studies may be theologically sound, but lectures alone rarely bear the fruit of life transformation. They simply produce on-time, note-takers who know how to speak a Christian dialect.

Real-life experiences allow people to develop to the point that they can absorb abstract thinking. For a disciple to fully understand what is being taught, they need an opportunity to see it or experience it first. After that, for the rest of their life, they are tuned in abstractly.

Over a lifetime, a disciple’s increasing maturity will enable him to think about spiritual concepts more abstractly and be less dependent upon concrete methods of learning. The knowledge he/she has accumulated in the past develops his/her ability to process information in the future.