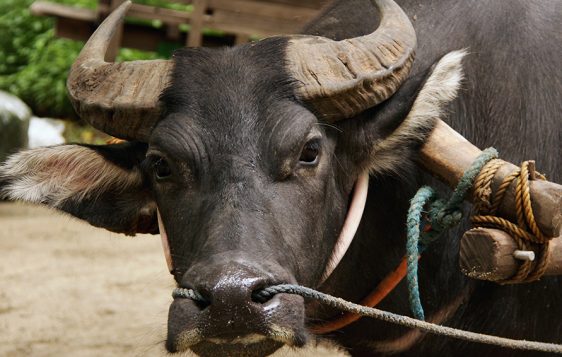 Periodically throughout Scripture, there is mention of yokes. As a young child I thought it was referring to the “yolk” of an egg and I assumed it meant people we were “stuck with” because eggs were so sticky when they broke on the floor. But I later came to understand that this was actually a harness of sorts that held two animals together so they could work together on the same task, whether it was moving something heavy, carrying a load of supplies, or plowing a field.

One day a friend invited my husband and me to go on an all-day trail ride with him in his old 1800 Studebaker wagon with wooden wheels and canvas canopy. We thought this sounded like a great adventure, so we agreed. Our friend had two mules that would serve as our “engine” for the day: Ida and Eula.

Eula was an old, well-trained mule that could do her job practically without any verbal commands. Ida, on the other hand, was a young, flighty, energetic mule who really wasn’t interested in being placed in a yoke to work all day.

As we began our journey, it didn’t take long to figure out that our friend was going to spend most of the day calling Ida down to try and get her to pull her part of the load. She was non-stop fighting the yoke and wanting to go a different direction. This went on for probably three quarters of the day.

If you understand anything about horses and mules, you know that they typically become more compliant as they become more tired. So three quarters of the way into this trail ride, Ida had finally become tired and settled into the yoke. Eula, who had been pulling the entire load on her own the whole time, was obviously relieved. But as the yoke loosened around her body, it revealed open wounds across her hind quarters where the yoke had been pulled tight by the rebellious struggling of her counterpart.

As I watched this entire scenario play out, I was in awe of what an incredible picture this is of us being yoked together with Christ and how he bore the wounds for our rebellion. Matthew 11:28-30 says,  “Come to me all you who labor and are heavy laden and I will give you rest. Take my yoke upon you and learn of me, for I am meek and lowly, and you will find rest for your soul. For my yoke is easy and my burden is light”.

Because Jesus is the faithful, strong, and loyal one, we can trust that when we join him as followers in the work of God’s kingdom our burden will not be too heavy and that when we falter, he’ll bear the wounds for us. When we are tired, Jesus will carry the load and give us rest. Ida and Eula’s example also reminds us that it is actually much more tiring to fight against the yoke than it is settle into the yoke and share the load with Christ.

The passage from Matthew lets us see that Christ is also our example to follow.  He said, “take my yoke upon you and learn of me”. Our relationship with Christ is not an enabling relationship where Christ pays the price for our rebellion so that we can just continue in our bad choices. He is there walking beside us as our example of how to live in the kingdom of God and when we follow that example it’s a much easier and less exhausting path.

One more thing I would like for you take from my visual on being yoked:  I mentioned previously that Scripture mentions not only being yoked together with Christ but with one another in marriage or within the body of Christ. When we are yoked together in marriage, that relationship is meant to be a reflection of the relationship between Christ and the believer. This means that there will likely be a time in your marriage that one of you will not bear your part of the load, which could be due to either the inability to do so or to physical or spiritual weakness. When this happens, we must be willing to do the extra work and bear the wounds caused by taking on your spouse’s burden until he or she is able to do their part again.

This is true in our relationship with other believers as well. John 13:36 says that others will identify us as followers of Christ by the love that we have for one another. If we are reflecting the love of Christ, his love is one of sacrifice; it is not an enabling love but a willingness to be merciful to others when they do not or cannot pull their load. This also means forgiving and accepting them when they return to their place in the yoke.

Copyright © 2020 by T’Shana Everitt @ https://www.yourfuturehope.com/form. No part of this article may be reproduced or reprinted without permission in writing from Lifeword.org.