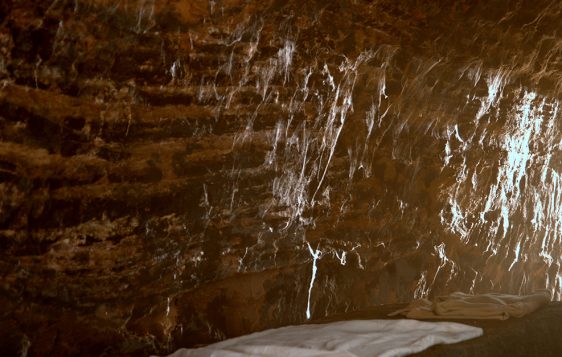 Why doesn’t God “prove” himself to us so there is no need for faith?” It would be easy for him since he’s divine, so why not?

All relationships require faith because we can never fully know any other person. We cannot experience all they experience nor enter into their minds to know what their thoughts and emotions are.

Proverbs 14:10 says, “The heart knows its own bitterness, and a stranger does not share its joy.”

We are incapable of fully knowing even our own hearts.

The human heart hides the depth of its wickedness, deceiving even its owner (Jeremiah 17:9). We do this through shifting blame, justifying wrong behavior, minimizing our sins, etc.

Because we are incapable of fully knowing other people let alone ourselves, to some degree faith (trust) is an integral ingredient in all relationships.

For example, a wife gets into a car with her husband driving, trusting him to drive safely, even though he often drives faster than she would on winter roads. She trusts him to act in their best interest at all times.

We all share information about ourselves with others, trusting they will not betray us with that knowledge. And when we drive, we trust those around us to follow the rules of the road.

So, whether with strangers or with intimate friends and companions (because we cannot fully know others), trust is always a necessary component of our relationships.

If we cannot know our fellow finite human beings fully, how can we expect to fully know an infinite God? Even if he should desire to fully reveal himself, it is impossible for us to fully know him.

It is like trying to pour the ocean (seemingly infinite in quantity) into a quart-measuring jar (finite) . . . impossible!

Jesus Christ, the sinless Son of God, died on the cross to take our punishment and change us so that the one who believes on him can become a child of God and live eternally in his presence (2 Corinthians 5:21).

There have been times in the past that God has revealed himself more “visibly” to people. Here is one example: God revealed his care for the Israelites at the time of their exodus from Egypt by sending miraculous plagues on the Egyptians until they were released from slavery.

God then opened the Red Sea, enabling approximately two million Israelites to cross over on dry ground. Then, as the Egyptian army sought to pursue them through the same opening, God crashed the waters upon them (Exodus 14:22-29).

Later, in the wilderness, God fed them miraculously with manna, guided them during daytime with a pillar of cloud, and at night by a pillar of fire, which were visible representations of his presence  (Exodus 15:14-15).

Yet, in spite of these repeated demonstrations of God’s love, guidance, and power, the Israelites still refused to trust him as they entered into the Promised Land. They chose instead to trust the word of ten men who frightened them with their stories of walled cities and the giant stature of some of the people of the land (Numbers 13:26-33).

These events show that God’s further revelation of himself to us would have no greater effect on our ability to trust. Were God to interact in a similar fashion with people living today, we would respond no differently than the Israelites because our sinful hearts are the same as theirs.

God has revealed enough of his nature for us to trust Him.

He has shown through historic events, nature, and his Son’s life that he is all-powerful, all-knowing, all-wise, all-loving, all-holy, unchanging and eternal.

But, as with the Israelites in the wilderness, the choice is ours whether or not we will trust him.  Often, we are inclined to make this choice based on what we think we know about God rather than what he has revealed about himself through the Bible.

If you have not already done so, begin a careful study of the Bible. Come to know God by relying on his Son, Jesus Christ, who came to earth to save us from our sins so that we might have sweet companionship with God both now and in a fuller way in heaven one day.