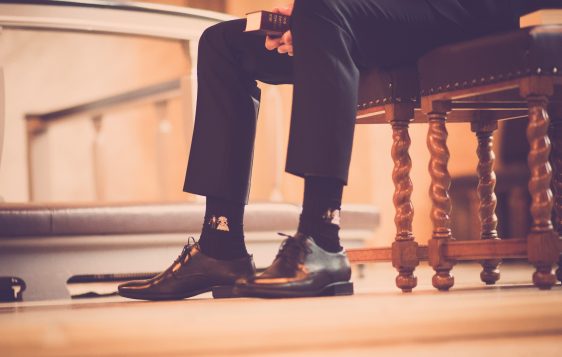 Do you remember what it was like to hear your name called over the intercom to report to the principal’s office? Dread would overwhelm you. Well it did for me, anyways.

I hated being in trouble.

It was like when your parents used your full name. The worst.

Do you remember what it was like to hear your name called over the intercom on your birthday or Valentine’s Day? Excitement rang through you as you ran to see what was waiting for you.

Or when you have worked so hard on a project and your name is announced as the award winner.

But what if you don’t know what awaits you?

What if you hear your name called, but you have no idea if it’s good or bad?

What would your response be?

Would you be reluctant to respond?

Jacob, or Israel, has just received news that his son Joseph is alive. Not just alive but thriving. He is a ruler in the land of Egypt! And Joseph wants to see his father.

All this time, Jacob was in anguish as he mourned his son’s death… for decades!!!

This news was incredible! But Egypt?

Or should he stay?

His heart desired to see his son before he died, but was it the right thing to do? He knew he had to trust in the Lord.

And then the Lord called out his name.

“So Israel took his journey with all that he had and came to Beersheba, and offered sacrifices to the God of his father Isaac. 2 And God spoke to Israel in visions of the night and said, ‘Jacob, Jacob.’” (Genesis 46:1-2a)

Now, I want you to stop and think for just a second.

What would you say if you heard God call out your name?

What would you do?

Would you run and hide?

Would you ignore it?

Would you respond inquisitively, maybe with reservation? Or would you be excited, ready to receive whatever He had for you?

Your humble and faithful servant.

Ready to hear you.

Bowed to your majesty.

Throughout Scripture, men have responded in this way (Look at Abraham, Samuel, Isaiah, Moses and Ananias).

When they responded, it was in complete submission to God’s authority over their life.

They still had questions, they still had fears, but they made that known to God and through it all, they obeyed.

God is calling you today.

He is saying your name right now.

How are you responding?

Or will you respond as Jacob did, and tell God you are there to listen?