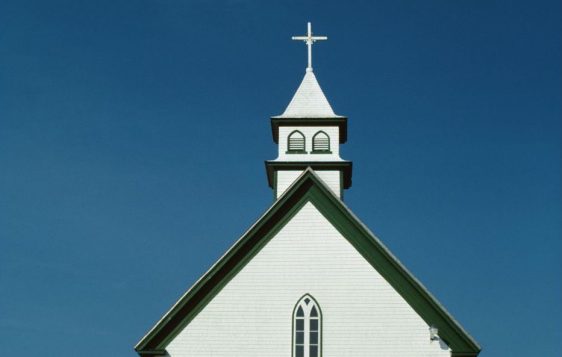 I remember in college when it first started and social media was a fairly new thing. Myspace had been around for a while, but Facebook was different. It was just for college kids at the time. Boy have things changed!

I hear it all the time – Facebook is bad. It’s a tool of the devil. And not just this platform but several social media outlets like Instagram and so forth. Let’s be real, there are some bad people who use these platforms with evil intentions. They want to steal your money, lure you into sinful situations, and corrupt your thoughts.

What was intended as a good thing, is being used for bad.

But does that make it entirely bad? Does that mean we should stop using it?

What if we chose to use it for good? Sure, we might get put in “Facebook jail” because of something we write or share, but at least we are using the platform the way it was intended.

“And Jesus went into the temple of God, and cast out all them that sold and bought in the temple, and overthrew the tables of the moneychangers, and the seats of them that sold doves, And said unto them, It is written, My house shall be called the house of prayer; but ye have made it a den of thieves.” (Matthew 21:12-13)

Merchants had taken over the temple. Booths were set up all around and throughout the temple selling goods and sacrifices for those coming to the temple. Money changers were there to help people exchange their currency for the temple coins, the only currency they would accept. However, the men were devious in their plans to change out the currency and would take advantage of foreigners who didn’t know the exchange rates. It became a huge money-making business for these deceivers.

Furious, and righteously so, Jesus, for the second time, cast out the dishonest men, as He overturned the tables and chairs.

This was no peaceful moment. Jesus didn’t simply walk in and softly speak. He didn’t ask for volunteers to carry out the tables.

He was angered! The very place where people were to worship was being defiled by wicked men and their schemes.

No, this was not a quiet moment. I can only imagine the sound as the coins crashed to the stone steps, clanging and rolling to a stop. The thunderous blows of the wooden tables slamming to the ground, chairs cracking and smacking the hard floor. Men and women screaming as they ran. And murmurs. Whispers of displeasure and disdain from the Pharisees, the religious leaders who should have never let this happen in the first place.

Jesus was restoring the temple to what it should be: a house of prayer. A place to worship our Lord. What had been created for good had been used for bad. But He didn’t shut down the temple. He didn’t tell people to quit going. He restored.

When I ask someone if they have a home church, many of them tell me they quit going to church a long time ago. The excuses are always the same, “there are hypocrites in the church”, “someone did me wrong there”, “I felt like they were judging me”.

God created the church as a place to worship and serve Him. It’s a place to learn, become a family, and minister to those in need. But sometimes, bad people use it in a bad way. If you’ve been hurt by someone in the church, I’m sorry.

But don’t let that stop you from worshipping the Lord. People hurt you, not God, not the church itself. Let God worry about those that are evil-doers. Let Him clear the temple and you get back to where you belong, in His church.