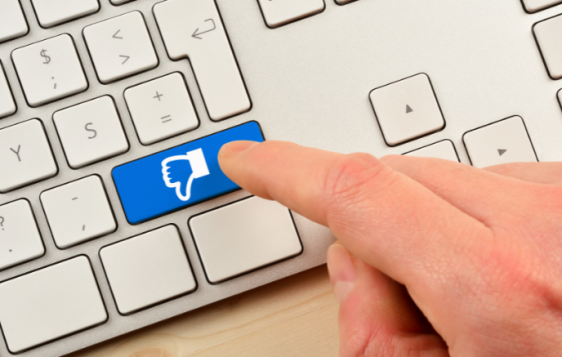 This video is the 112th video I’ve put on YouTube. And while there are a lot of things I could say that have been good and beneficial from YouTube over these past videos, the number one benefit of YouTube is thick skin.

I will readily admit that when I got my first dislike on a YouTube video it hurt. I’ve put a lot of time, a lot of effort, and my heart online making that video— and someone disliked it. Now—and I’ve done the math—I have 214 dislikes spread across those 112 videos with my most disliked video being this one with 56 dislikes. If I’m totally honest, a dislike helps the video as much as a like—to YouTube, engagement is engagement whether positive or negative, so bring ‘em on. I eat dislikes for breakfast.

I’ve also gotten a couple dozen pretty nasty comments and scores of comments that claim I’m an idiot. And I can say that most of the time I don’t care. YouTube has given me thick skin. And I’m very appreciative of that—seriously.

When I do get that stinging comment, I remember this biblical truth: haters gonna hate, mockers gonna mock, scoffers gonna scoff.

There are four types of people presented in the Book of Proverbs: the simple, the wise, the fool, and the mocker. I know I’m not breaking new ground here when I say this, but by definition mockers mock. They tease, scorn, scoff, and hate. David puts them in the same category as the wicked and sinners in the very first verse of the Psalms. In Proverbs they are considered fit for punishment, resistant to correction, lost in their own mindset not fit for civil society and disliked by many. Being a mocker is not a good plan.

So why do I bring all this up? Am I trying to garner some encouragement—getting all of you to write a nice comment down below? No—but the engagement does help. No, I want to free you from the fear of mockers. You see, mockers have power over us as long as we let them get under our skin. When we allow ourselves to be controlled by the taunts and abuse of mockers, we will self-censor and cower to them. It’s when we stop being afraid, grow some thick skin, and begin to show them their mocking ways are not welcome that we gain the upper hand.

Jesus himself told us to be ready for mockers in Matthew 5:

“God blesses those who are persecuted for doing right, for the kingdom of heaven is theirs.”

“God blesses you when people mock you and persecute you and lie about you and say all sorts of evil things against you because you are my followers. Be happy about it! Be very glad! For a great reward awaits you in heaven. And remember, the ancient prophets were persecuted in the same way.”

This is even a major theme in Peter’s second letter, chapter three: “Most importantly, I want to remind you that in the last days scoffers will come, mocking the truth and following their own desires.” So don’t be surprised when haters hate, mockers mock, and scoffers scoff—that’s what they do.

We are not to return their hate with hate but love them. After all, just a few lines down from 2 Peter 3:3 is 2 Peter 3:9: “The Lord isn’t really being slow about his promise, as some people think. No, he is being patient for your sake. He does not want anyone to be destroyed but wants everyone to repent.” God loves these people and wants them to repent—for haters to cease their hating, mockers to repent of their mocking, and scoffers to stop scoffing.

Even later on in Matthew 5, Jesus says: “You have heard the law that says, ‘Love your neighbor’ and hate your enemy. But I say, love your enemies! Pray for those who persecute you! In that way, you will be acting as true children of your Father in heaven.”

So, what am I communicating here? First, expect mockers; second, don’t return their hate with hate, but return them love—after all, that’s the thing they hate worst: (Rom 12:20) “If your enemies are hungry, feed them. If they are thirsty, give them something to drink. In doing this, you will heap burning coals of shame on their heads. Don’t let evil conquer you, but conquer evil by doing good.”—but third—and this is important—that doesn’t mean you have to take their abuse. Jesus said in the same passage, “love your enemies” and “Don’t waste what is holy on people who are unholy. Don’t throw your pearls to pigs! They will trample the pearls, then turn and attack you.”

If someone on this channel disagrees, I welcome their feedback. If someone is snarky and mean, I let it slide. If someone is vile and hateful, I ban from the channel. I don’t have to put up with abuse. And you don’t have to put up with abuse either. Love your enemies, but don’t enable them. Developing thick skin is a good thing, becoming a punching bag isn’t. Don’t cast your pearls before swine.

I hope you learned something in this video. If you did, would you consider sharing it? And subscribe so you can catch the video when it drops! Special thanks to channel sponsor Lifeword. Check out all the great things they are doing at lifeword.org.