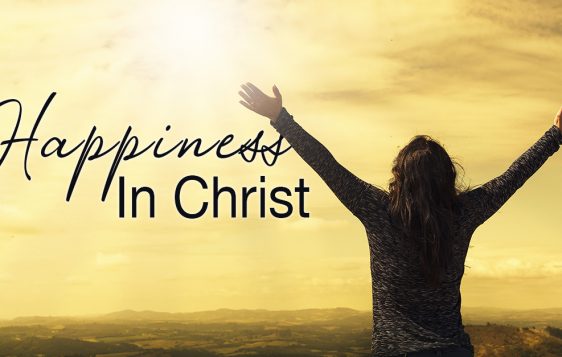 “Happiness is in the eye of the beholder.”

Have you heard that phrase? Usually with “Beauty” instead of “Happiness”?

Sure, happiness depends on if you’re a cup-half-empty or cup-half-full kind of person . . . But what do we do when the cup seems completely empty?

One of my favorite stories in the New Testament is in Mark 12:41-44. Many people had been giving money for the temple treasury loudly, boldly and with much fanfare. But those people did not catch Jesus’s attention.

Instead, was a poor widow, a woman without a husband to provide for her, who dropped in two tiny coins. She went unnoticed to the general populace, but to God, she was commended.

A woman who had nothing, with no way of providing for herself, gave everything she had to God.

I’m not sure I would’ve had that much faith to trust in God’s ultimate provision for my very sustenance.

If our lives are compared to a cup – sometimes empty, sometimes half, sometimes full – what makes them empty or full?

Was the widow’s cup empty or full?

Some people think money can make them happy and bring satisfaction. Others think power, achievement or building a legacy can give them what their hearts desire. Still others think their spouse, their family or their kids have enough power to bring them contentment.

Some people even preach that good works can bring satisfaction. You only have to be good enough, and God will reward you! Except Jesus himself said no one is good but God.

Others preach something even more absurd: God wants you to be rich, to have material wealth, to be happy, healthy and comfortable.

That’s a lie from the devil’s mouth. God cares more about our closeness to him than our comfort in this life.

Don’t believe me? Look at Job.

This man was prosperous and righteous. But that did not give him a free pass on hardship. In fact, God allowed Satan to take everything away: his children, his money and his health.

But Job did not sin against God. And ultimately he praised the Lord.

In the end, God wants us to depend on HIM for satisfaction and meaning in life. Why would God encourage greed, gluttony or idolatry?

Sometimes God allows us to be uncomfortable so we can draw close to him. If we are given everything we ever want in life, it would be easy to become prideful or entitled.

Look at Solomon. He had it all: the money, the land, the power, the wisdom, the women… and what did he say in regard to all the things the world strives for?

He said it’s worthless. Everything is worthless without God.

How are you trying to fill your cup? What are you pursuing that you think will make you happy in the end?

The poor widow was not pursuing money; she was trusting in the God who gave her life, the cup-maker, to provide for her.

All of Solomon’s wealth could not make him happy.

What is true happiness? Is it being satisfied and content even when you have nothing? If so, can you let go of all you have or all you are and trust in God to provide?

A verse often taken completely out of context is Philippians 4:13. You may have seen it on a billboard, on a pair of tennis shoes or even recited before a ball game. It’s the verse that says, “I can do all things through Christ who gives me strength.”

But most of the time, we would like to put whatever we want into the “all things” category instead of reading the entire chapter and learning what Paul really meant.

Paul is in prison and explains to the church at Philippi that he has learned to be content in his circumstances. Philippians 4:12 and 13 together give us the full picture:

Paul was in chains at that time, possibly on the verge of starvation, facing the likelihood of death (He eventually faced execution by the Romans.), yet he was still content.

Now, to many people, the cup would be empty in Paul’s life as the cup was empty in the widow’s life.

But Paul wasn’t too terribly bad off before he converted to Christianity; in fact, many of the people living in his culture and day saw a “full” cup in his life.

Except that Paul knew his life was empty.

Why on earth would Paul have given up perhaps a “full” cup by the world’s standards for the sake of Jesus?

Paul himself gives us this answer in Philippians chapter three.

He was a Hebrew of Hebrews, a pharisee, zealous and righteous before the law as he persecuted the religious sect called “followers of the way.” But something happened to him to realize everything in his entire world was worthless – Jesus confronted him and changed his life forever.

So yes, Paul was in prison. But he knew what joy and true contentment were: having a deep understanding of what it means to have a full cup, to live a life surrendered to Christ.

His cup was full of the grace and mercy and love of Jesus Christ. As the psalmist says in Psalm 23, his cup overflowed.

So, does your cup overflow even when others only see an empty cup?

Happiness is in the eye of the beholder, and I hope you can find it no matter how empty your life may seem.