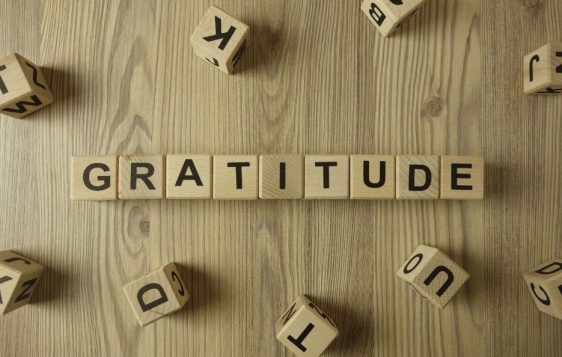 (The following is a family devotional guide with suggested questions and scriptures.)

Focus Scripture: “Now it came about after this, that the sons of Moab and the sons of Ammon, together with some of the Meunites, came to make war against Jehoshaphat. Then some came and reported to Jehoshaphat, saying, ‘A great multitude is coming against you from beyond the sea, from Aram; and behold, the are in Hazazon-tamar (that is Engedi).’ Jehoshaphat was afraid and turned his attention to seek the Lord; and he proclaimed a period of fasting throughout Judah. So Judah gathered together to seek help from the Lord; they even came from all the cities of Judah to seek the Lord. Then Jehoshaphat stood in the assembly of Judah and Jerusalem, in the house of the Lord in front of the new courtyard; and he said, ‘Lord, God of our fathers. Are You not God in the heavens? And are You not ruler over all the kingdoms of the nations? Power and might are in Your hands so that no one can stand against You. Did You not, our God, drive out the inhabitants of this land from Your people Israel, and give it to the descendants of Your friend Abraham forever? They have lived in it, and have built You a sanctuary in it for Your name, saying, ‘If disaster comes upon us, the sword, or judgment, or plague, or famine, we will stand before this house and before You (for Your name is in this house), and cry out to You in our distress, and You will hear and save us.’ Now behold, the sons of Ammon, Moab, and Mount Seir, whom You did not allow Israel to invade when they came out of the land of Egypt (for they turned aside from them and did not destroy them), see how they are rewarding us by coming to drive us out from Your possession which You have given us as an inheritance. Our God, will You not judge them? For we are powerless before this great multitude that is coming against us; not do we know what to do, but our eyes are on You.’ All Judah was standing before the Lord, with their infants, their wives, and their children. Then in the midst of the assembly the Spirit of the Lord came upon Jahaziel the son of Zechariah, the son of Benaiah, the son of Jeiel, the son of Mattaniah, the Levite of the sons of Asaph; and he said, ‘Listen, all you of Judah and the inhabitants of Jerusalem, and King Jehoshaphat: This is what the Lord says to you: ‘Do not fear or be dismayed because of this great multitude, for the battle is not yours but God’s. Tomorrow, go down against them. Behold, they will come up by the ascent of Ziz, and you will find them at the end of the valley in front of the wilderness of Jeruel. You need not fight in this battle; take your position, stand and watch the salvation of the Lord in your behalf, Judah and Jerusalem.’ Do not fear or be dismayed; tomorrow, go out to face them, for the Lord is with you.’ Jehoshaphat bowed his head with his face to the ground, and all Judah and the inhabitants of Jerusalem fell down before the Lord, worshiping the Lord. The Levites, from the sons of the Kohathites and from the sons of the Korahites, stook up to praise the Lord God of Israel, with a very loud voice. They rose early in the morning and went out to the wilderness of Tekoa; and when they went out, Jehoshaphat stood and said, ‘Listen to me, Judah and inhabitants of Jerusalem: Put your trust in the Lord your God and you will endure. Put your trust in His prophets and succeed.’ When he had consulted with the people, he appointed those who sang to the Lord and those who praised Him in holy attire, as they went out before the army and said, ‘Give thanks to the Lord, for His faithfulness is everlasting.’ When they began singing and praising, the Lord set ambushes against the sons of Ammon, Moab, and Mount Seir, who had come against Judah; so they were struck down. For the sons of Ammon and Moab rose up against the inhabitants of Mount Seir, completely destroying them; and when they had finished with the inhabitants of Seir, they helped to destroy one another. When Judah came to the watchtower of the wilderness, they turned toward the multitude, and behold, they were corpses lying on the ground, and there was no survivor. When Jehoshaphat and his people came to take their spoils, they found much among them, including goods, garments, and valuable things which they took for themselves, more than they could carry. And they were taking the spoils for three days because there was so much. Then on the fourth day they assembled in the Valley of Beracah, for the blessed the Lord there. Therefore they have named that place ‘The Valley of Beracah’ until today.” – 2 Chronicles 20:1-26

King Jehoshaphat: A Man of Praise

Three armies, coming together, had just invaded the land of Judah. Their goal was to take over King Jehoshaphat and his kingdom. The king had days to react and get a game plan. Instead of calling a meeting with his commanders and preparing for this battle, King Jehoshaphat called for a fast and for public prayer. Once gathered, he prayed a powerful three-part prayer; it was a prayer that praised God, and praying for his people.

God, through a prophet, encouraged Jehoshaphat to not be afraid – to face the enemy, knowing it was God’s battle, not his. He encouraged his people to stand firm and to have faith.

Upon advice of his people, Jehoshaphat put the praise and worship band in front of his army and marched out to battle, praising God and saying, “Give thanks to the Lord. His faithful love continues forever.” Unbeknownst to any of them, as soon as they started to praise God, God set ambushes upon the three armies, and they started to attack each other! By the time the Israelites arrived at the battle site, every single person was dead. There was no one to fight. God did the impossible here! Not only that, it took them three days to gather the plunder from the thousands upon thousands who lay dead in the valley.

Hearts that are quick to thank and praise God get God’s attention in a big, miraculous way!

You are a king in charge of God’s people. You get word that three different armies just entered your land called Judah. This is not a meet and greet situation – this is imminent war. In fact, they have already overtaken one of your cities. You are vastly outnumbered, and you have only a few days before they reach you and your city, Jerusalem. You are afraid. As the leader of the people, what do you do?

Gratitude is being thankful for what God has done in our lives specifically. Worship is focusing on who God is and praising Him for all His amazing qualities He demonstrates throughout the Bible.

This is a time in which people would deny themselves food and water in order to seek of the Lord through prayer. This act of denial is a spiritual act of confessing sin and turning to God for help.

Sometimes, God puts us in desperate situations in life so that we will look to Him to do the impossible, instead of ourselves or others.