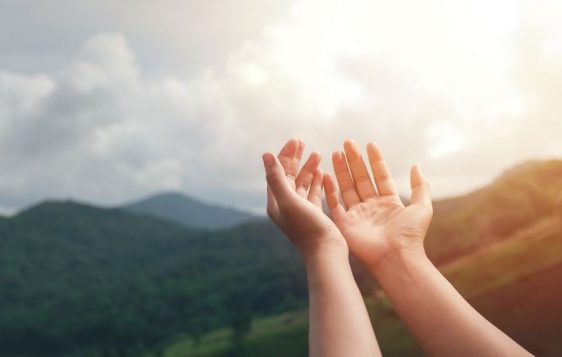 Living way out in the country in the late 80s, early 90s, there were 2 things to do in the summer: play outside and play outside. Take your pick.

We were out from dawn until dark. Whether it was riding our bikes, making “tree houses”, riding on the tractor (it was super old and didn’t go anywhere), shooting hoops, climbing trees, or making up some game, we were always outside.

It was pretty hot that day. I might have been in the 5th grade, and we had been playing outside for a while. But then, we saw it. We knew which ones were dangerous, but to me, they were all scary. Some people might say the design on its back and the coppery color is beautiful, but I was, and still am, terrified of snakes.

Someone ran in to tell mom while the others kept an eye on it. We were scared to death thinking about even being outside. I wanted the protection of the house, of my mom, of anything! I remember thinking, there’s probably a lot more where this one came from.

As a single woman, there was a lot of tough jobs my mom had to do. Getting rid of a snake just happened to be one of them. There was no one to call. No one else to come to the rescue. Only she could help us in that moment. But she wasn’t a fan either. We urged her to get in the truck and back over it, but she was afraid it wouldn’t be heavy enough to squish it or she would miss it because she wasn’t that great at backing up. So, reluctantly, she grabbed a shovel.

I will never forget the fear we all had, even my mother in that moment. But our safety was on her mind and urged her forward. We all stepped way back and mom took that shovel and gripped it as tight as she could and struck the snake for the first time.

The scream that came from her was straight out of a horror movie. But then, it moved again. With every hit, a terrifying scream soon followed. At the time we were petrified. But now, we laugh pretty hard remembering the sights and sounds of our mom coming to the rescue.

What would you do to protect your children? To what lengths?

Joshua and the Israelites have defeated Ai and because they had made a peace alliance with the Gibeonites, the army of 10 kings was after them. The Lord had told Joshua not to fear because they would be delivered into his hand.

“And the LORD discomfited them before Israel, and slew them with a great slaughter at Gibeon, and chased them along the way that goeth up to Bethhoron, and smote them to Azekah, and unto Makkedah. And it came to pass, as they fled from before Israel, and were in the going down to Bethhoron, that the LORD cast down great stones from heaven upon them unto Azekah, and they died: they were more which died with hailstones than they whom the children of Israel slew with the sword.” (Joshua 10:10-11)

These were His children. His desire was to protect them. Just as He desires for those that believe in Him today.

“Who is he that condemneth? It is Christ that died, yea rather, that is risen again, who is even at the right hand of God, who also maketh intercession for us. Who shall separate us from the love of Christ? shall tribulation, or distress, or persecution, or famine, or nakedness, or peril, or sword? As it is written, For thy sake we are killed all the day long; we are accounted as sheep for the slaughter. Nay, in all these things we are more than conquerors through him that loved us.” (Romans 8:34-37)

“Ye are of God, little children, and have overcome them: because greater is he that is in you, than he that is in the world.” (1 John 4:4)

Jehovah Nissi, our protector. I desperately need the protection of my Heavenly Father from the evil of today. Sin, lies, deceit, temptations, slander, threats, they can come at you from any angle, lying in wait, like a slithering serpent ready to strike.

But if God is for us, who can be against us? Don’t you want the protection from the One who’s in control? The only One who can save you? Trust in the Lord Jesus Christ today!