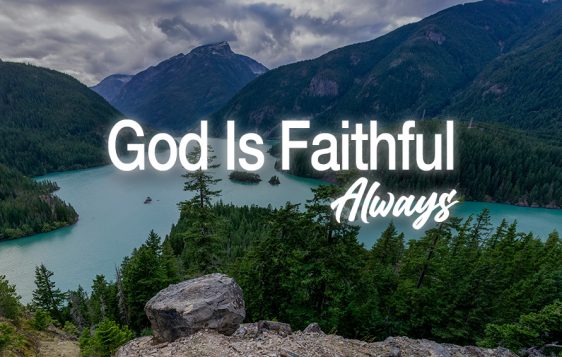 In the game of RISK, the player wins by taking over the world. Usually this game can be played with a handful of people and at the beginning most players will agree to “no alliances”.

However, three hours into the game, people may begin to change their tune as it becomes strategic to make alliances with other players to remove people from the board.

Usually I’m the one people align themselves against. It’s not very fun when you have multiple people attacking you from all sides and you feel betrayed.

When it does, do you give into despair or anger and turn to anything but God as a means of escape?

One Bible hero didn’t run away when everyone turned against him and plotted to kill him.

His name was Daniel, and he trusted in the Lord his God, regardless of the consequences.

Daniel was a young man when he was captured and taken from Jerusalem to serve King Nebuchadnezzar. He and his friends, Shadrach, Meshach, and Abednego, distinguished themselves from other captives by eating different food and worshiping only their God no matter the cost.

God had given Daniel favor and wisdom. He was able to interpret dreams, prophesy, and read the writing on the wall, which foretold the end of the Babylonian Empire. (It would later be divided between the Medes and the Persians in Daniel 5).

King Darius the Mede took the kingdom away from Belshazzar (Nebuchadnezzar’s son) and established a new government of 120 high officers per province with three administrators who ruled over and protected the king’s interests.

Daniel was chosen as one of the three administrators and he soon proved himself more capable than all the administrators. Because of Daniel’s great ability, the king makes plans to place him over the entire empire (Daniel 6:3).

The 122 other politicians are jealous and don’t want Daniel to have all of that power! To bring him down they begin to search for anything Daniel does wrong. But, probably to their great annoyance, they can’t find anything to condemn him. He is faithful, responsible, and completely trustworthy (Daniel 6:4).

Instead of stopping here and saying, “You know, maybe this guy should be in charge over the entire empire” the Daniel haters maliciously concoct a plan to attack his only fault: his dedication to God.

They go to the king, butter him up with eloquent phrases, and convince him to sign a law requiring the people to worship only King Darius for the next 30 days. The punishment for worshiping anyone other than the king is death by being thrown into the den of lions.

This law is irrevocable, but when Daniel receives the news, he doesn’t think like most of us probably would: “The whole world is against me, and if I cease to pray for the next month, I can save my life.”

Instead, he goes to his upstairs room and kneels to pray as always with the window opened towards Jerusalem (Daniel 6:10).

The politicians see him praying and eagerly report the news to King Darius  . . . their plan had worked!

They tell the king, “That man Daniel, one of the captives from Judah, is ignoring your law. He still prays to his God.”

Hearing this greatly distresses King Darius, but the law must be enforced, and the king must concede, ordering Daniel to be arrested and thrown into the lion’s den. But before Daniel is tossed inside to face the wild beasts, Darius says, “May your God, whom you serve so faithfully, rescue you” (Daniel 6:16).

And with that, a stone is rolled over the mouth so Daniel physically can’t escape, and the king seals it with his own royal seal so no one else can rescue him.

The king spends an anxious, sleepless night, then before daybreak goes back to the lion’s den and cries out in anguish, “Daniel, servant of the living God! Was your God, whom you serve so faithfully, able to rescue you from the lions?”

Daniel answers, “Long live the king! My God sent his angel to shut the lions’ mouths so that they would not hurt me, for I have been found innocent in his sight. And I have not wronged you, your majesty” (Daniel 6:20-22).

Overjoyed, King Darius orders that Daniel be lifted out of the den. Astonishingly, not a scratch or bite mark is found on him, for he had trusted in God.

The politicians’ plan to remove Daniel backfires and King Darius orders them and their families to be thrown to the lions where they are torn apart (Daniel 6:24).

And then King Darius sends out this message to the world:

“I decree that everyone throughout my kingdom should tremble with fear before the God of Daniel. For he is the living God, and he will endure forever. His kingdom will never be destroyed, and his rule will never end. He rescues and saves his people; he performs miraculous signs and wonders in the heavens and on earth. He has rescued Daniel from the power of the lions.” (Daniel 6:26-27)

Because Daniel remained faithful and steadfast to his Lord, God saved him from almost certain death and was also glorified to every race and language in the world.

Do you ever feel like people or circumstances have turned against you?

Know that in those times, God proves himself faithful.

Trust in his redeeming love, and he will be with you always – even in situations that feel lost or impossible.

Never give up hope.

Copyright © 2020 by Melody Turner @ https://mxtv.org/living-victorious-part-three/. Used with permission. No part of this article may be reproduced or reprinted without permission in writing from Lifeword.org.