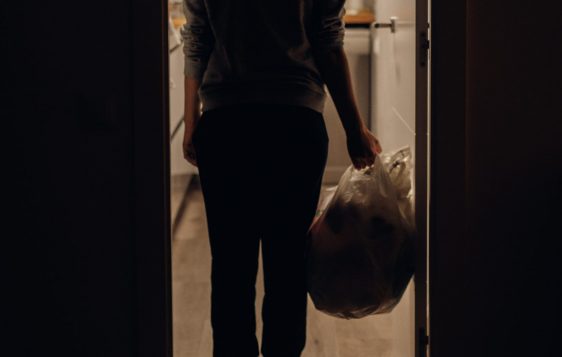 Your child takes out the garbage, cleans their room and offers to wash your car. This, coming from the kid who is totally OK with not taking a bath for several days, who lives like a pig and complains every time you ask them to help means this is not their usually behavior.

What’s the first thing that pops into your mind?

That’s our question, because, we know them.

We know their motives.

We know their intentions.

Cain did this to God in Genesis chapter four.

“Adam made love to his wife Eve, and she became pregnant and gave birth to Cain. She said, ‘With the help of the Lord I have brought forth a man.’ Later she gave birth to his brother Abel. Now Abel kept flocks, and Cain worked the soil. In the course of time Cain brought some of the fruits of the soil as an offering to the Lord. And Abel also brought an offering – fat portions from some of the firstborn of his flock. The Lord looked with favor on Abel and his offering, but on Cain and his offering he did not look with favor. So Cain was very angry, and his face was downcast. Then the Lord said to Cain, “Why are you angry? Why is your face downcast? If you do what is right, will you not be accepted? But if you do not do what is right, sin is crouching at your door; it desires to have you, but you must rule over it.” (Genesis 4:1-7)

When I first read this, I thought, ok, what’s the big deal? Why didn’t God like Cain’s offering.

But then I read it again.

Until I noticed three things.

Cain and Abel had jobs. Cain was a farmer and Abel was a Shepherd. So, at first, we might think, what’s wrong with what they offered? Both gave God offerings they labored for.

Cain gave God, “fruit of the soil.” Doesn’t sound very special does it?

It’s kind of like when I run around my house looking for a gift to give to someone and I pick up something someone else gave me and think, “I don’t really need this or want this, so it will do.” (Not saying there is anything wrong with re-gifting)

But we see now why Cain’s offering wasn’t a true, heartfelt gift. He found fruit he didn’t want and knew he HAD to give something to God, so he grabbed it for his offering.

Let’s look at Abel – the shepherd of the flock.

It says he gave God, “fat portions from some of the firstborn of his flock.” This means he gave God the best sheep. Abel’s intentions were not the same as Cain. Abel gave with a pure heart and desire to please God.

2. God is a God of second chances.

In verse six, we see God approach Cain about his attitude and anger. He gives Cain a second chance to own up to his sin.

But Cain doesn’t ask for forgiveness. Instead, he becomes jealous of his brother and plots murder in his heart.

Because of Cain’s sin he was exiled and cursed. It all started because he didn’t want to give God his best.

How do we approach Jesus?

Do we go to church or read our Bible out of duty and for appearances?

Do we have the proper motives when it comes to God?