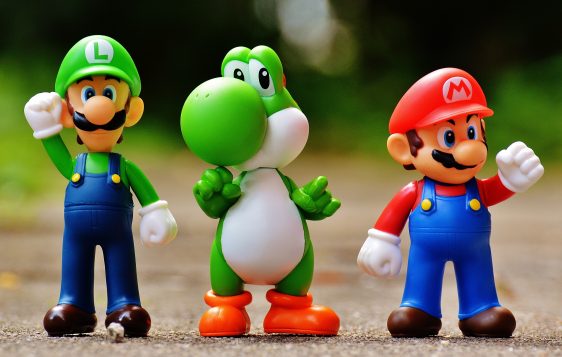 Man, what a game. Who would have thought a game about a plumber going through sewer pipes would be so popular?

Remember how you would go through a whole level, carefully, knowing to jump here, and slide there, and when to use the star or the flower power… only to run smack into the turtle at the very end before climbing the stairs to jump on the flag pole.

It’s frustrating to be doing so well and something happens to ruin things. In fact, I can get so mad, frustrated, angry… especially at the person sitting next to me. My sister would yell at me for breathing when she died in Mario Bros.

Joseph, in the book of Genesis, also was doing so well only to wind up in prison.

Even though Joseph has been sold as a slave, he was making the most of his situation. He had risen high in the ranks and was head over Potiphar’s household. The captain of the guard trusted Joseph with everything in his house. That was huge! And Joseph didn’t take it lightly.

This boy, betrayed by his family, now a handsome young man, prospered in a foreign land with the Lord’s favor upon him.

But Potiphar wasn’t the only one who liked what he saw from Joseph. Potiphar’s wife lusted after Joseph and demanded he lie with her.

But his response to this temptation was strong.

“But he refused. ‘Look,’ he said to his master’s wife, ‘with me here my master does not concern himself with anything in his house, and he has put all that he owns under my authority. No one in this house is greater than I am. He has withheld nothing from me except you, because you are his wife. So how could I do this immense evil, and how could I sin against God?’” (Genesis 39:8-9)

He refused her by saying it would be a sin against God. Far too often, we forget when we sin, God sees it too.

But she was the wife of the captain of the guard! And she had probably not been told no very often.

She was determined to get what she wanted.

Every day she would speak to him, trying to lure him to her, but he did not listen to her.

Finally, when no one was in the house except the two of them, she grabbed him by his garment and told him once again to lie with her.

Consider this: Joseph was a young man. He wasn’t immune to his own desires. Here he was in a palace, alone, with his master’s wife.

No one was around.

No one would see them.

No one would know.

But did he allow himself to give into temptation? No.

“She grabbed him by his garment and said, ‘Sleep with me!’ But leaving his garment in her hand, he escaped and ran outside.” (Genesis 39:12)

Joseph knew, in that moment, he had to flee from sin.

Flee from her grasp.

Flee from the temptation that surrounded him.

For a moment we celebrate. We are excited that he didn’t give in. He didn’t sin against God! He did the right thing!

But… there’s always a but, right?

The wife, embarrassed, full of rage that someone could or would dare to refuse her, sought revenge.

She began a web of lies. She told the staff of the house that Joseph had tried to throw himself on her and she denied him, fought him off, but grabbed his garment in the midst. When her husband came home, she told him the same twisted story and he was enraged.

How could the man he had trusted with his household betray him in such a way? He ordered Joseph to be thrown into prison.

Here is the moment where Joseph was doing so well, getting through all these obstacles, and then all of a sudden, runs into the turtle at the end of the level.

Joseph could have seen this situation as game over.

He could have thought there was no way out.

He could have wallowed in fear, worry, or anger at God that He would let this happen. But he didn’t. Instead, knowing God was with him in the good times and the bad, Joseph made the best of his situation.

“But the Lord was with Joseph and extended kindness to him. He granted him favor with the prison warden. The warden put all the prisoners who were in the prison under Joseph’s authority, and he was responsible for everything that was done there. The warden did not bother with anything under Joseph’s authority, because the Lord was with him, and the Lord made everything that he did successful.” (Genesis 39:21-23)

Friends, there are so many lessons we can learn from Joseph here!

4.     When things seem overwhelming or dire, God is with you.