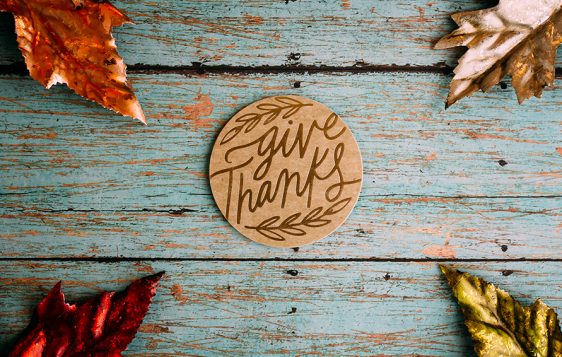 Family, friends, food, shopping . . . These are the Thanksgiving norms in America.

But as some gatherings are canceled or online due to the ongoing pandemic, the holidays may look different this year – like everything else.

Eight months ago, we were convinced COVID-19 would be “temporary.” A shut down here, no toilet paper there, and maybe one day soon the world will go back to normal.

Masks are the new normal along with social distancing and that awkward feeling when you want to shake someone’s hand, but you can’t. An elbow-touch just isn’t the same. Toilet paper has disappeared from the store – again. And if you go into a crowded area you might start feeling claustrophobic or panicky and think the odds are against you.

For some of us, we may be struggling with finding a job and other fiscal anxieties that come with a major contraction in an economy.

In the Old Testament, there are two women whose entire lives changed in the blink of an eye.

In Ruth chapter one, a famine came upon Israel, and Naomi and her family moved to Moab to survive. Then her husband Elimelech died leaving her with two sons.

Her sons got married then died before they had children, leaving Naomi and her daughters-in-law stranded in a foreign land far from home.

Naomi decided the best choice for her was to go back home to Israel since the famine was now over.

On the way, she turned to her daughters-in-law who had accompanied her and told them to return to their fathers’ households where they would be provided for and be able to marry again.

Weeping, Orpah followed Naomi’s advice and turned back, but Ruth clung to her mother-in-law and said, “Don’t plead with me to abandon you or to return and not follow you. For wherever you go, I will go, and wherever you live, I will live; your people will be my people, and your God will be my God. Where you die, I will die, and there I will be buried. May the Lord punish me, and do so severely, if anything but death separates you and me.”

Naomi realized she would not be able to convince Ruth to leave her, so they journeyed on until they arrived in the little town of Bethlehem.

The locals were excited; it had been more than ten years since they had seen Naomi!

But Naomi wasn’t. She had suffered the loss of her sons and husband and told the people to call her Mara (“bitterness”) now and said, “The Almighty has made me very bitter. I went away full, but the Lord has brought me back empty. Why do you call me Naomi, since the Lord has opposed me, and the Almighty has afflicted me?”

Noami’s life had changed – and she felt empty.

She couldn’t see the end of the story yet.

But right now, there was something she could be thankful for – her daughter-in-law Ruth, for not leaving her side.

She was not alone.

During this holiday season, a lot of things may have changed for you this year. But perhaps, you have also been blessed in other ways.

Let’s find something to be thankful for as we reflect upon this year.

Let’s keep our hope and choose to be like Ruth, who chose to bless other people even through her own suffering.

And if you are feeling like a Mara today, find the Ruth in your life to encourage you. Or go to God himself, the best source of peace and joy, and allow him to fill you, even if you feel empty.

Copyright © 2020 by Melody Turner @ https://mxtv.org/choosing-to-give-thanks/. Used with permission. No part of this article may be reproduced or reprinted without permission in writing from Lifeword.org.