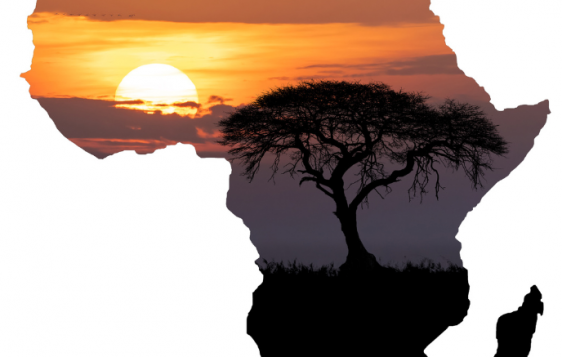 In life, I have been the assistant. I assisted my children when I was a stay-at-home mom. I took care of all their needs, made all their appointments, scheduled and prepared their lunches, and so much more. I assisted my husband when he was a youth pastor first starting out while I stayed home with my kids. I was the assistant in many jobs once my kids got in school and continued to assist my husband in his ministry as well as assisting my children.

The life of a mom and wife can often be summed up as the assistant. Many women struggle with this, but it’s where I thrived. I was one of those women who couldn’t figure out what I wanted to do with my life, besides being a mom, but being the assistant gave me a purpose. It became my ministry.

When your husband is a pastor, people tend to refer to the ministry as his. My husband Quill and I always thought about the ministry as God’s, of course, but it was ours together. It didn’t matter that I had a full-time job on the side to help pay the bills and provide insurance. There were areas I filled in the ministry where Quill wasn’t strongest. Being that assistant, I was the organization and detail-oriented one.

As the years went on and my side job became more demanding, Quill became the organizer and more detailed. He was able to absorb the roles and jobs I had to let go of. This was hard for me. It seemed that throughout our ministry together I was destined to assist in my spare time.

It wasn’t long after I had to slow down that Quill changed in his ministry role from being a youth pastor to an executive pastor. I felt guilty. In my mind, not assisting him as much caused him to stop. I know now that God was changing his heart and ultimately his role, but at the time I felt it was my fault.

I struggled with depression from watching my husband step away from the only thing he ever wanted to do, share the Gospel with youth. It felt like an end to a quarter of a century ministry. Little did I know that God was preparing us to fulfill our ultimate dream – doing ministry together.

Two years into Quill’s new role, we went on a mission trip to Zambia, Africa. For the first time in our ministry, I was going on an international mission trip with my husband. He had been on several, but with kids at home and working full time it never worked out. Going with him on this trip was fulfilling a dream. Years ago he had gone to Romania and felt God pulling him into mission work, but neither of us ever had that “yes” moment even though I saw his heart and compassion for Romanians.

The trip to Africa was exhausting, but I was still excited and energized as we made our way across Zimbabwe to the border. After meeting Joshua and Meagan Phiri there, we made our way to the lodge to get settled with two weeks of ministry ahead of us.

We crammed as much into those two weeks as we could. We met the people of Mbangweta village, walked from hut to hut passing out shoes and evangelizing, painted the new church building, built bookshelves for the school, showed the Jesus film, and fell in love with Zambian people.

Halfway through the trip I started feeling a pull for these people. I didn’t want to go home. He stayed quiet, but told me to pray . . . he felt the same pull. We spent the rest of the trip praying, and I cried the day we had to leave.

On our way home, Quill contacted a friend in BMA Missions and asked him to start praying for us. Then we added a couple more people into that circle. Finally God was telling us to go.

During that time of prayer, a few couples asked us when we were moving to Africa? When we asked who told them we were moving, they all responded, “God did.”

It solidified what we were feeling, and ten months later we began raising support. It happened so fast, yet it feels like has taken forever.

I will no longer be assisting but partnering with my husband, working together, side by side, doing exactly what God is calling US to do. We will be reaching people with the gospel of Christ, and teaching them how to reach their own people, so they can reach people. It’s a beautiful plan of multiplication and we couldn’t feel more honored that God would use us in this way.

It’s hard to fathom with the tears in my eyes that I will be able to leave, but I know God’s got this. His plan is greater than any plan we can make for ourselves, and I’d much rather my family know I was doing God’s work. No matter how hard it is.

Copyright © 2022 @https://quillswife.wordpress.com/2022/04/23/getting-that-promotion/ No part of this article may be reproduced or reprinted without permission in writing from Lifeword.org.