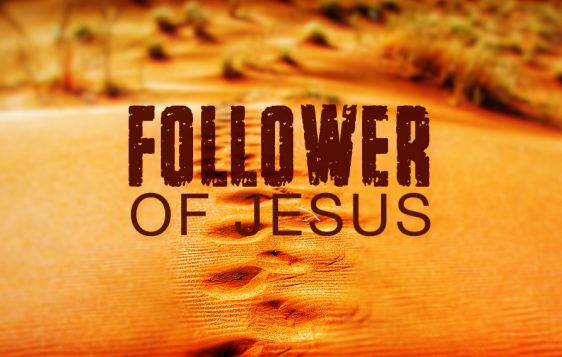 Am I a genuine follower of Jesus Christ?

It’s a pretty important question don’t you think? The answer to this question is literally life or death.

Jesus often taught in parables (familiar stories that revealed unfamiliar truths) in ways that helped us grasp seemingly difficult spiritual truths. Allow me to make a few parallels between sports fans and followers of Christ.

Ever since I was a little kid in the fourth grade with the white T-shirt covered in mini Longhorns, I’ve always rooted for Texas – THE University of Texas.

Sadly, some assume they are Christian because they’re not Buddhist, Muslim, or atheist. However, being a “Christian” is not a default system of faith you fall into because you’re not something else.

Being a Christian is who you are when you decide to follow Jesus Christ.

Furthermore, it’s easy to distinguish Longhorn fans from Wolverine fans. Each group naturally exhibits certain character traits on the outside. Likewise, the Bible tells us about some things that become evident in our life if we are genuine followers of Christ.

1. You genuinely love others on the same team.

Jesus said, “Everyone will know that you are my disciples if you love one another” (John 13:35).

Genuine followers of Christ should display a genuine love for believers.

When I’m at a Longhorn game, it’s not uncommon to turn around and high-five a stranger when we score a touchdown. I don’t know your name, but because we’re rooting for the same team, we have something in common.

The common denominator among believers is one faith, one Lord, and one Spirit. I love traveling overseas and meeting Christians from other countries. There is an immediate love we share for one another because of our identity in Christ.

2. You aren’t ashamed to root for your team in enemy territory.

We’ve all seen that guy. He’s the one blue jersey in a sea of red. He’s celebrating while everyone else around him carries a disappointed look. He’s the fan rooting for Dallas while the game is going on in Washington.

He’s not ashamed. Neither is the genuine believer.

Paul said, “I am not ashamed of the gospel, because it is the power of God that brings salvation to everyone who believes” (Romans 1:16).

True followers of Christ aren’t afraid to mention the name of Jesus, even when it may not be popular. He’s not afraid to pray in public when others might stare. She’s not afraid to stand for truth when lies may be the majority viewpoint.

In my closet you won’t be surprised to find some Longhorn T-shirts. Even now, as I write, I’m sporting some burnt orange tennis shoes. You might question the genuineness of a fan if there’s no evidence in his/her life.

God calls these “clothes” fruit. When describing genuine believers, Jesus said, “You will know them by their fruits” (Matthew 7:20).

What kind of fruit is Jesus talking about? “The fruit of the Spirit is love, joy, peace, patience, kindness, goodness, faithfulness, gentleness, and self-control” (Galatians 5:2).

How does your life measure up to the fruit test?

4. You don’t root for your team on Saturday only.

You’d seriously question the person who’s crazy fanatical about a team on Saturday, and then bashes that same team on Monday by the water-cooler at work. Those inconsistencies would reveal a lack of genuine-ness.

Paul puts it this way, “What partnership have righteousness and lawlessness, or what fellowship has light with darkness?” (2 Corinthians 6:14). In other words, you can’t live with one foot on both sides of the fence. You have to make a decision.

Jesus calls us to take up our cross and follow him! Genuine followers of Christ aren’t perfect, but they strive daily to die to the self and live more according to the power of the Holy Spirit than is at work within us.

What about you? Are you a genuine follower of Jesus?

Copyright © 2020 https://www.andycomer.org/blog/am-i-a-genuine-follower-of-jesus-2/. Used with permission. No part of this article may be reproduced or reprinted without permission in writing from Lifeword.org.