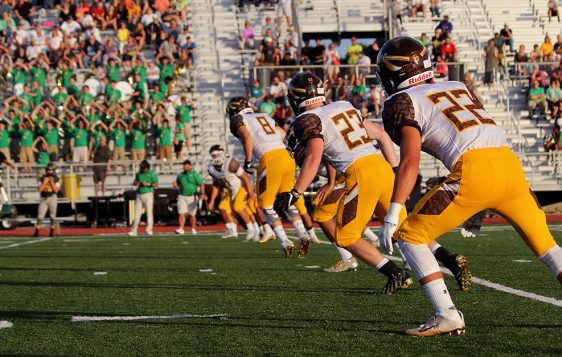 Both seasons last six months and the waiting for it to start takes forever while the football season passes very quickly.

My question is why do high schools play football on Friday night, colleges on Saturday afternoon, and professionals on Sunday afternoon?

Why doesn’t one team play at 3:00 on a Monday afternoon when the other team is not there? Then the team could move the ball up and down the field with no opposition and score a touchdown every play and the team would be conference champs every year.

The answer is very simple: There is no game unless there are two teams.

There is no victory without opposition from another team.

There is no glory in defeating an opponent who is not there.

There is no true success without a struggle.

This is one of the reasons God allows His children to suffer.

This is why God allows opposition to the cause of Christ.

This is why God allows His children to be tempted by the devil.

This is why God allows believers to experience criticism in the fight of faith.

In the world of nature, there is a struggle for many animals to hatch from an egg. If you were to help the animal by breaking away the shell of the egg, you would be doing them a great deal of harm as God has an important purpose in this specific struggle.

The baby animals need to fight their way out in order to develop strength.

The Apostle Paul wrote in his letter to the church in Rome: “I urge you, brothers and sisters, by our Lord Jesus Christ and by the love of the Spirit, to join me in my struggle by praying to God for me” (Romans 15:30).

Even Paul, the greatest evangelist and exemplary missionary who wrote over half of the New Testament, candidly admitted he had struggles and asked God’s people to pray for him. In his second letter to the church in Corinth, Paul specifically named some of the things that he was struggling with including floggings, prison, shipwrecks, beatings, danger, lack of basic needs and constant pressure (2 Corinthians 11:23-28).

If believers faced no opposition, they would never mature in their Christian life. None of us likes to struggle but it is the struggles of life that makes us more like Jesus Christ.

According to pastor Rick Warren, without life’s struggles the believer will never know that, “God is all you need until God is all you have.”

Copyright © 2019 by Jeff Swart @ jeffswart.com. Used with permission.
No part of this article may be reproduced or reprinted without permission in writing from Lifeword.org