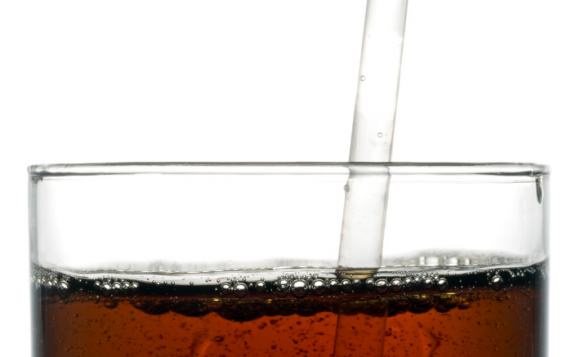 I would like to applaud McDonalds and Sonic for standing strong in the face of a modern fast-food tragedy. Although some of their peers (ie. Taco Bell) have given in, they have resisted the pressure to compromise on what makes them great: big, thick straws. You know, the kind that don’t break when you are trying to take the paper wrapping off.

Have you experienced the annoyance of a small straw-fracture that causes a strange slurping effect? Or what about the frustration of trying to carefully open the new “skinny straws” only to find out that the manufacturer is also skimping on the paper wrapper that is so tight that it won’t budge?

So maybe straws aren’t the most important things in life. But they do illustrate a great principle of faith:

The amount of faith you are willing to exercise is directly proportional to the strength of the object of your faith.

In other words, I am totally confident when I strike a Sonic straw against the table in order to open it. Why? Because I know that it is strong enough to take the blow without breaking. I have faith in the strength of the straw.

But I have absolutely no faith whatsoever in a Taco Bell straw -I’ve been disappointed way too many times with that flimsy waste of plastic. It has been tried and found wanting. Taco Bell straws are too weak to be trusted.

In Scripture, the Philistines had an idol named Dagon. The Philistine people adored him and placed their faith in him.

In 1 Samuel 5 after the Philistines captured the Ark of the Covenant, they “took the ark of God and brought it into the house of Dagon and set it up beside Dagon” (1 Samuel 5:2). They left the Ark in Dagon’s temple overnight. The next day, guess what they found? Dagon’s statue had fallen on his face on the ground before the Ark!

So the Philistines set the idol back up and left. The next morning, Dagon was on his face before the ark again – only this time his head and hands had been broken off!

Talk about making a major statement – God basically said, “Your idol is nothing but a skinny straw!” (That’s the fast food international translation).

Seriously, God was making it very clear that it was foolish to place faith in Dagon for help because he couldn’t even help himself. He was just an idol made by men.

Of course, you and I would never be so foolish as to trust in anything made by men would we? Or would we?

Have you ever trusted in money? That’s man made and flimsy.

Have you ever trusted in your career? That’s shaky.

Have you ever trusted in what others think of you? That’s fragile.

Have you ever trusted in an organization, government, or ideology? You’re just asking for it.

Just like the idol Dagon, those things are made by man. Therefore, they are prone to break like a skinny straw.

In Acts 17:24-25 Paul says, “The God who made the world and everything in it, being Lord of heaven and earth, does not live in temples made by man, nor is he served by human hands, as though he needed anything, since he himself gives to all mankind life and breath and everything.”

God is the only one worthy of our faith. He is not made by human hands. He cannot break. He cannot fail. He will not bend. He will not let you down. You can press into Him with all your burdens, worries, cares, and fears. He alone is the Solid Rock of your Salvation! (Psalm 89: 26).

So cast down all your idols . . . that’s the last straw . . . and discover the grace of Jesus that is greater than your sin and changes the direction of your life.

Copyright © 2021 by Scott Attebery @https://scottattebery.com/christian-living/the-last-straw-2/ No part of this article may be reproduced or reprinted without permission in writing from Lifeword.org.