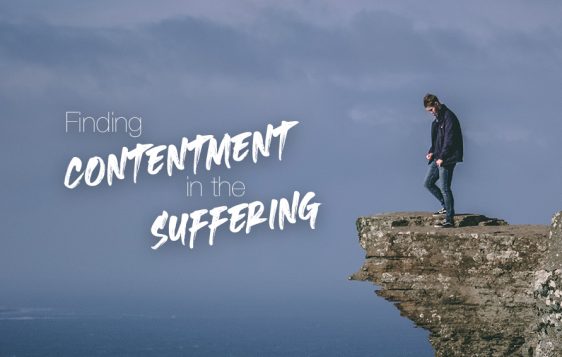 Uncertainty unfortunately comes with the territory of being a widow, especially if you lost your husband suddenly like I did. In a moment, life goes from being certain and planned and normal to leaving a whole lot of questions in your future.

Besides the questions you deal with having to take on the responsibilities your husband once had:

You now have to run all the errands and take the kids to all their activities.

You have to handle the finances and the car maintenance.

You find that your children do not behave nearly as well as they did when your husband was alive.

The uncertainty in your future can be crushing and overwhelming:

How will I make it without my spouse?

How will my kids turn out with only me to raise them?

How will I make it financially?

Will I need to get a job/switch jobs?

Will I have to sell the house and move?

Will I be alone the rest of my life?

There is so much uncertainty looming in the future, and it’s hard to not have a restless soul in the midst of this difficult season. These questions often produce doubts about God and his plans for you. There are many stories in Scripture of God’s children having to live with uncertainty. I want to share two of them with you.

First of all, there is the story of Esther. It took her years of being queen to realize the purpose God had in store for her when he made her queen. After Haman decreed all the Jews should be annihilated, Esther went before the king on their behalf and Haman was killed. Then Mordecai had to issue a decree allowing the Jews to defend themselves, and for months God’s people lived with the weight of certain death and plunder on their shoulders. In the end, the Jewish people were victorious, but it was a long time before they could see the victory.

Story number two is Paul’s multiple imprisonments. Biblical scholars estimate that he spent twenty-five percent of his life after conversion in prison. As I have studied the book of Philippians, I’ve been amazed at the number of times Paul rejoices after the most impossible circumstances.

He was in Roman imprisonment (likely house arrest) at the time he wrote his epistle to the church in Philippi. He tells the Philippians about his contentment even though he didn’t know if he would live or die. At the time, he wasn’t sure if he would be executed or released from prison.

Eventually, he would be released from prison, only to be rearrested later and subsequently executed. But don’t miss this: Paul wrote frequently of rejoicing even though his future was terribly uncertain. Why did he rejoice? Because he counted “everything as loss compared to the surpassing worth of knowing Christ Jesus” (Philippians 3:8).

There was great suffering for both Esther and Paul, but there was also great peace and contentment . . . it seems impossible.

Sweet friend, you may not be able to see the purpose of your suffering, but you can be content even in the midst of great uncertainty in your future because of the cross of Christ. Since he loved us enough to die for us, we know that he is working for our good even when life hurts. Like the Israelites, we too can find “grace in the wilderness” (Jeremiah 31:2).

In the midst of our affliction, let this be our prayer:

Lord, allow my pain and my children’s pain to mold us into the image of your Son so that we may be more like him. Father, help us to trust you even when we don’t know how things will turn out, so that we may be a light to others in a dark world. May you be ever glorified in our life, no matter what happens. Amen.

Copyright © 2020 by Nafisa Morris @ https://rekindlingjoy.com . Used with permission. No part of this article may be reproduced or reprinted without permission in writing from Lifeword.org.