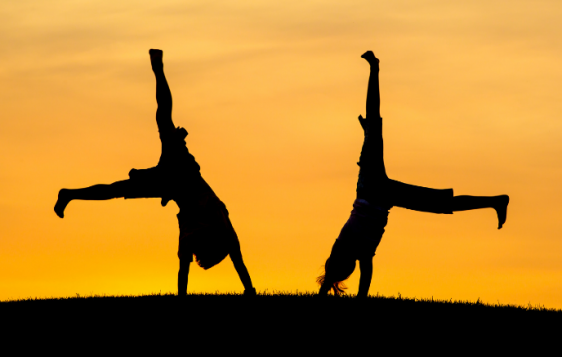 The word holy is a pretty misunderstood word, I think. The literal translation of the word is basically “set apart.” We drop it lightly in conversation, though, like when say, “Holy cow!” My personal favorite makes even less sense: “Holy guacamole!” Yet the word holy itself carries weight, as it reminds us of things that aren’t just ordinary.

Throughout the existence of the human race we’ve always been really quick to give the title “holy” to things that really weren’t. Idolatry plagued the early children of God, the Israelites, as they placed people, graven images, geographical locations, even periods of time, under the heading of “holy.” But does that truly do justice to the word?

I recently had the privilege of speaking to the Christian Club at a junior high school during two lunch periods. God has been challenging me lately with the issue of “followship vs. discipleship”, so I chose to dive into that issue with these students.

I asked both groups to define “discipleship” to me. I got all sorts of answers, the majority of which were along the lines of “following” someone. So I decided an object lesson was in order.I asked for volunteers then gave them simple instructions to just start walking around the room. I fell in right behind them (literally only inches behind . . . it was pretty funny). I followed them everywhere they went around the room before we finally stopped and I gave them their next instruction: Be goofy this time.

As they proceeded to walk around the room, this time doing various crazy stuff like running into things, flapping their arms violently or spinning in circles, I mimicked every move. And then came the kicker – the cartwheel, but I pulled it off.

Sure, that was a silly little exercise, but I intended it to demonstrated in a clear way the difference in simply “following” and actually committing to be a “disciple.” Immediately the students answered the earlier questions differently. They began to realize that “following Christ” and being a “true disciple of Christ” were two different levels of commitment to Him.

If I desire to be like Jesus – if I desire to obey what He’s told me He wants from my life – I must choose discipleship. I must choose to learn about God, learn from Him, and make my time with Him a priority that I treasure. I must dive into the Word regularly, allowing God to change me as a result. I must fall on my face before Him very often to have conversations with Him. And I must obey God’s voice when He calls me to new levels of service, commitment or obedience to Him. I must imitate Him – mimic Him – be LIKE Him.

No, the cartwheel wasn’t “holy,” but hopefully it was used of God to accomplish a greater work. Hopefully the students remember the message much more than the message bringer at that meeting. And hopefully they’re taking the challenge to not only be real disciples, but also disciple-makers and investing in the lives of the people God has placed in their lives for such a task.
Maybe, just maybe, you and I will, too.

Copyright © 2021 by Blake Martin @https://pastorblakeman.wordpress.com/2011/10/14/holy-cartwheels/ No part of this article may be reproduced or reprinted without permission in writing from Lifeword.org.