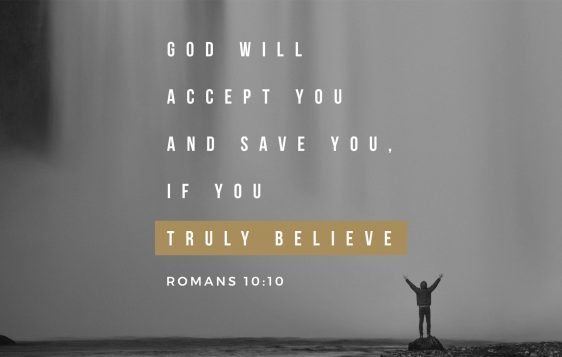 For four months I’ve been studying the book of Mark in the Bible because I received a slightly random and totally unexpected text from an acquaintance asking for my opinion on the Gospel of Mark. After a brief phone chat, I felt prompted to give her a Bible study featuring weekly video teachings from Francis Chan.

My desire private Bible study led to a double purchase. I hoped (hope) that over time we could discuss what we learned and that God would use it to draw her more closely to himself.

Well, per usual I was set up by the Master orchestrator, and now I am the one doing all the learning and, lucky for me, the one being drawn closer. God is good like that. I think I am helping someone else — and maybe that is so — but God has a beautiful way of using these moments to humble me and grow me up in grace, too.

I’ve reached chapter 13 and Jesus is preparing to go to the cross — like it is the Wednesday before the worst Friday of his life — and Jesus is simultaneously preparing his followers for battle in a world he’s exiting. There are no weapons dispensed or battle plans drawn up; just heavy, burdensome warnings about the impending horror and a big ask:

Stay faithful to the end.

It’s certainly not the way they had anticipated their miracle-working leader to pass the torch. They had hoped for the kind of battle where their mighty, miracle-working King would conquer their political enemies and rule the world . . . at least their world.

Instead, it was the kind of war where the God of the universe would willingly sacrifice himself to save mankind from the worst defeat of all (death and sin) and reign victoriously over the spiritual realm until the day Jesus returns.

The kind of stuff big “fantasy” heroes are made of.

MARVEL has nothing on Jesus.

Jesus happened.  (Let those two words hit you for a sec.) And Jesus is gonna happen again . . . unless he was just a big liar . . . but do big liars usually die and then rise again three days later?

So in the meantime, Mark informs us that those who chose to believe and follow were also told they would face persecution and rejection and desolation and famine and war and all manner of NO-THANK-YOU.

Over the centuries, Christians have asked these questions and learned by experience at all ages, stages and places that we are not welcome here. Truly, this world is not our home, and yet our all-powerful King keeps us here . . . for now. Jesus made it very clear that his mission to save the world would not end but BEGIN with his death and resurrection.  He had to satisfy the wrath of his father and pay for the rebellion and sin of mankind so that God’s kingdom could come.

That’s how. And some day God’s kingdom will come full force. But for now, God is patient. God wants all people to know hcbv      im and to reach that glorious moment, that life-altering day, when they change their minds, ask for the forgiveness they so desperately need and believe in the saving work of Jesus.

So God waits and we are asked to go and tell, promote and spread, teach and preach, baptize and disciple:

And God is with us by his Spirit.  It really is remarkable.

Centuries have come and gone since Mark penned his Gospel, and still the message of Jesus is just as much on the move and just as effective and just as offensive as ever.

Just as hard as ever.

Just as rejected as ever.

And that won’t change.  Here is the challenge for us from my study guide entitled, “The Gospel of Mark” by Right Now Media, which I read this morning:

Mark wrote his Gospel so we would know and not forget who Jesus is. Take this opportunity to write out the story of a moment when you knew Jesus was standing with you in the midst of hardship, persecution or rejection.  Use it as a reminder that he has been and will always be with you.

Think about your journey with Jesus. What opposition have you faced from others? How have you seen the promise that Jesus makes in Mark 13:11 come true — that the Holy Spirit will be with you and speak for you?

To follow Jesus is to share in his rejection and sufferings, yes. But he does not leave us on our own.

Here is what I journaled and wanted to share:

“I would hesitate to say I’ve faced persecution. I’ve been to nations where people live that reality and I will not elevate my hurts to theirs.

Not at all. But rejection? Yeh.

While it no doubt hurts to be rejected because of my faith in Jesus or my obedience to him, I just wouldn’t trade what I have found in Christ for acceptance.  Not acceptance from the world or culture or politics or community or even family.

To whom would I go?

Jesus has ALWAYS softly and sweetly affirmed his love for me through worship, his Word and others. I love him more for that. Following Him is both a commitment of the mind and a desire of my heart.”

If you’re in a season of rejection, lean in to Jesus. Trust him. Stay the course. He will affirm his great and undying love for you in his special way.

If you’re reading this and it sounds bizarre to you, I can understand. Until you surrender to Jesus by faith, it is impossible to know him. It is a supernatural thing. It’s not normal or natural.

But it is quite real and the reason why no matter what has or will come, Christianity marches on.

The Spirit of God is. He changes people. He makes all the difference and I would convince you to find what I’ve found in Christ if I could, but I can’t. I’ll let the Spirit do that. But I will confirm: You’ll not be disappointed God.

I know I’ve never been.

Therefore, like the earliest followers, let’s go for the big ask: Stay faithful to the end.

Copyright © 2020 by Jaclyn Rowe @ Life in Progress Ministries. All rights reserved.. Used with permission. No part of this article may be reproduced or reprinted without permission in writing from Lifeword.org.