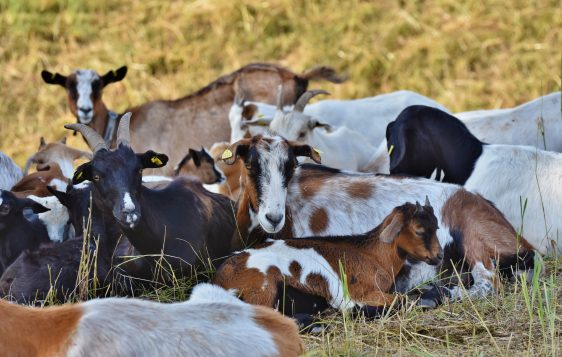 You have probably experienced a bad friendship, relationship, business partnership or family situation.

You’ve been the kindest you can be, stayed faithful, but the other person continued to wrong you and take advantage of you time after time. Then, it reaches the point where you’ve had enough.

You can’t take it anymore and something needs to be done.

Jacob reaches this point with Laban in Genesis chapter 31.

Even though Laban was technically family, he was taking advantage of Jacob and doing him wrong.

First, he tricked him into marrying his daughter Leah when Jacob has worked for Rachel’s hand in marriage. So, instead of seven years of work, Jacob worked twice that to pay the dowry for Rachel as well.

But that wasn’t enough for Laban.

He changed Jacob’s wages 10 times! And, he was trying to benefit from Jacob’s blessing. As Jacob lived and worked there, God blessed him by increasing the animals he raised. When Jacob finally had enough and was ready to leave, he approached Laban and simply wanted to leave with what was rightfully his.

But Laban had other plans. He couldn’t let his meal ticket leave so easily. Laban agreed Jacob could have his part of the cattle.

Laban would keep the solid colored goats and he would give Jacob the spotted goats. But he plotted with his sons to take away the spotted cattle so the only ones left would be his, the solid cattle.

He thought it was a great plan and probably looked at Jacob like he was a fool.

But an angel spoke to Jacob and gave him a plan to escape the injustice.

“In breeding season I once had a dream in which I looked up and saw that the male goats mating with the flock were streaked, speckled or spotted. The angel of God said to me in the dream, ‘Jacob.’ I answered, ‘Here I am.’ And he said, ‘Look up and see that all the male goats mating with the flock are streaked, speckled or spotted, for I have seen all that Laban has been doing to you. I am the God of Bethel, where you anointed a pillar and where you made a vow to me. Now leave this land at once and go back to your native land.’ Then Rachel and Leah replied, ‘Do we still have any share in the inheritance of our father’s estate? Does he not regard us as foreigners? Not only has he sold us, but he has used up what was paid for us. Surely all the wealth that God took away from our father belongs to us and our children. So, do whatever God has told you.’” (Genesis 31:10-16)

Jacob told Leah and Rachel and they approved of Jacob’s desire to leave.

Of course, there would be consequences for this. There would be issues ahead, but he trusted if God told him to go, it was time to go.

He knew the Lord would provide.

When we are in situations similar to that of Jacob and Laban, sometimes we feel like we can’t see a way out. While Jesus says we are to forgive, He also says we shouldn’t allow people to continue to take advantage of us.

If you are in that situation, talk to someone and get wise counsel from your pastor or a godly friend.

There may be things in the future you will have to deal with from taking a stand, but the Lord will provide.