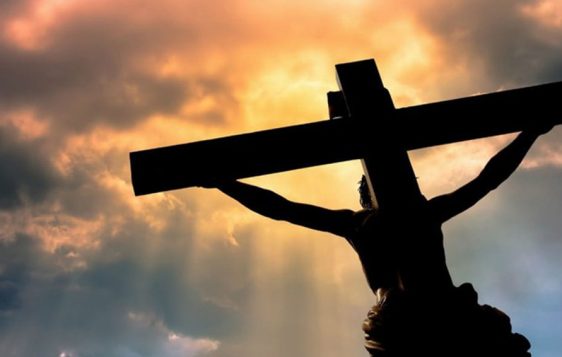 I give myself shots of insulin in my stomach for diabetes. Occasionally, one of my shots will leave a bruise. Once, I was enjoying some time at a swimming pool, when someone asked me if I had been in a fight. They had seen my bruise and assumed that I had incurred a punch to the gut. “That looks like an ugly bruise,” they said.

I explained where the bruise came from and we both had a good laugh. Later, however, I thought more about that bruise. As ugly as it was, that bruise represented the life-sustaining power of my insulin. In a way, the ugly bruise was very beautiful.

There is a beautiful bruise mentioned in Scripture as well. Genesis 3:15 sets the scene for this bruise.

After Adam and Eve sinned, God met them in the garden. Sin had exposed their nakedness and brought shame into their lives (Genesis 3:7-10). God had already declared the penalty for sin: death (Genesis 2:17). Although they did not die immediately, their sin did eventually bring physical death, and worse, spiritual death.

As God meets with the first couple, He explains the many consequences of their sin. For instance, Eve would experience pain in childbearing and Adam would work hard farming with very little return.

In the midst of this difficult news, God did share some good news. In fact, it is the good news! In Genesis 3:15, God promises that Eve’s offspring will defeat Satan’s. In Romans 16:20, Paul refers back to this same concept.

Interestingly, God never places a curse on Adam and Eve (although God does tell Adam that the ground is cursed due to his actions). While God doesn’t pronounce a curse on man, He unequivocally places a curse on Satan. Don’t miss the significance of this fact. It is as if God said to Adam and Eve, “Although you sinned, I will not curse you, but instead, I will go to the root of the problem and curse Satan.” When you look at it from that perspective, a ray of hope seems to shine out of the curse itself.

God promises that a seed of woman will come forth to defeat Satan. That seed is Jesus!

Notice how the Bible intricately traces the offspring of Eve all the way to Christ. In the book of Genesis alone, the word seed is used forty-one times. At each mention, the promise of “the anointed one” or “Messiah” gets closer and closer.

In Matthew 1:23, the lineage is completed as the Bible states, “Behold, a virgin shall be with child, and shall bring forth a son, and they shall call his name Emmanuel, which being interpreted is, God with us.”

Two thousand years after the promise had been made, God came to earth in the flesh in order to war against Satan.

Jesus is the seed of woman promised in Genesis 3:15. How appropriate that God used the seed of the one who was deceived (woman) to battle the deceiver (Satan)! Satan sought to kill and destroy Eve through sin, but God chose to defeat Satan through her seed! But how?

God declared to Satan that the seed (Jesus) would “bruise thy head.” What great news! Jesus would defeat sin and the grave once and for all. His work on man’s behalf would allow mankind to be restored unto God.

However, the Messiah’s salvation for mankind would come at a price. Verse 15 continues, “and thou shalt bruise his heal.” Christ’s victory over sin would come at the cost of His own life. Satan would not take Christ’s life away from Him; rather, Christ would willingly lay it down. Why?

Sin, remember, deserves death. The only hope for mankind to escape eternal separation from God is if someone else will take the penalty. Christ conquered sin by sacrificing His life on mankind’s behalf.

The picture of Christ’s substitutionary atonement is seen at the end of Genesis 3 where God clothes Adam and Eve with the skins of animals. God killed animals in order to make a covering for them. In the same way, God sent His own Son to die in order to make atonement (a covering) for our sin. Those who have placed their faith in Christ Jesus now wear his garments of righteousness – washed white in the blood of the lamb (Revelation 19:8).

The fact that the gospel is proclaimed in the first book of the Bible may be surprising for some. But God’s plan to defeat Satan actually predates Genesis. In fact, the Bible refers to Jesus as the Lamb who was “slain from the foundation of the world” (Revelation 13:8). Jesus, the second person of the Trinity, is co-eternal with the Father and the Holy Spirit. He did not begin at Bethlehem, rather, He has always existed (John 1:1). He was even active in creation (Colossians 1:16).

Further, God’s mission to sacrifice his life on behalf of mankind has eternally existed! Before sin even entered into the World, God had made a way of redemption for his children. And because Jesus rose from the grave and ascended into heaven, we will enjoy all of eternity in his presence.

But he was pierced for our transgressions; he was crushed for our iniquities; upon him was the chastisement that brought us peace, and with his wounds we are healed (Isaiah 53:5).

Because Christ was bruised, we now have life!