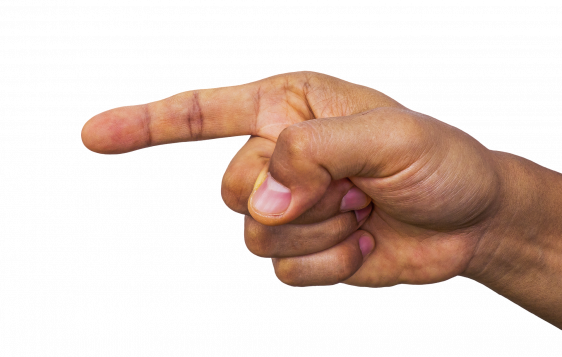 Have you ever heard the statement, “Don’t do as I do, do as I tell you to do?”

My dad was infamous for saying this. He would get onto us about something and we would say, “Well you do it!” And then he would say what we had heard from him on countless occasions, “Don’t do as I do, do as I tell you to do.”

As an adult, I told him that was the most ridiculous thing I’d ever heard. I would rather it be, “Don’t do as I did, follow the example I lead with now.”

Instead of telling me, show me the way to go.

I feel like this is a statement Lot would have said. As we continue to read about his life in Genesis, we constantly see him make bad choices.

His wife has turned into a pillar of salt and the Lord commanded him to go to the mountains for safety, but instead, he pleaded to go to the city of Zoar. But in fear, Lot goes beyond Zoar and lives like a hermit.

But as we can see, it is not a good choice.

Why did Lot fear being there?

As mentioned in the previous text, Zoar is not far from Sodom and probably has similar issues.

But in Lot’s desperation to flee the city out of fear, he leads his daughters on the wrong path. Alone in the mountains with their father, the girls become desperate, which leads to their sin.

At first, you think, maybe they didn’t know it was bad? Maybe they had lived around such sin before they thought it was OK… But there are clear indicators here that they knew what they were doing was wrong.

First, they knew they had to make him drunk.

Alcohol limits your inhibitions. It changes your reactions and your decision-making capabilities. They knew in order to make this happen he had to be drunk.

Why were these girls this desperate?

Their father had chosen to flee the city of Zoar and to isolate them in a cave with himself. Instead of thinking of his daughters and their future, he had made one bad decision after another.

His life, as a father, should have been a good example for his daughters. But instead, his sin became the example they would choose to follow.

In fact, we see this incestual sin would affect the generations that would come from these two men.

The Ammonites and Moabites were constant enemies of the nation of Israel and they would always be at war with one another. The sin of Lot’s daughters didn’t just affect them, but for the future generations to come.

Children need good examples to follow. As parents, that should be our first priority. We should lead our kids to the Lord. Instead of trying to make decisions based on our current circumstances and feelings, we should submit ourselves to God and follow His guidance.

So, how can we stop saying, “Do as I tell you to do,” and instead say, “Let me show you the right way?” There are five ways how.

1. Submit yourself to God’s authority and leadership over your life. We must surrender our will for His.

1 Peter 5:6-7 says, “Humble yourselves, therefore, under the mighty hand of God, so that he may exalt you at the proper time, casting all your cares on him, because he cares about you.”

2. Follow God’s leading by studying the Scriptures. He’s given us instructions and a guidebook for how to live, love and to be holy (2 Timothy 3:15-17).

3. Make church a priority and not just on Sunday mornings. Show your kids why service IN the church is important (Hebrews 10:23-25).

4. Don’t leave God at the door when you leave church on Sunday morning. Be the same man or woman throughout the week you are on Sunday.

1 Corinthians 6:20 says, “For you were bought at a price. So glorify God with your body.”

5. Examine your life to see what needs to go. If there are activities or things you are a part of that contradicts the Word of God, flee from them.

As scripture tells us, you cannot serve two masters. If you want to serve God and have your children follow, give it up. And don’t look back.

This is your chance to begin anew. Follow Christ and be the godly example your friends, family and co-workers need!