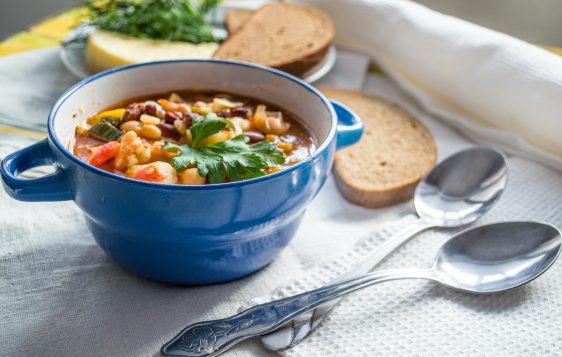 Back in the 90’s, all the “cool” kids were using the word “diss”. To “diss” someone meant to talk down or negatively to someone for something they did, wore or said.

“Diss,” was actually just a shortened word for things like disrespect, disregard, dismiss, etc. As I read our Scripture this morning, all these things flooded to my mind about Esau.

“When Esau was forty years old, he took as his wives Judith daughter of Beeri the Hethite, and Basemath daughter of Elon the Hethite. They made life bitter for Isaac and Rebekah.” Genesis 26:34-35

Tucked away at the end of the chapter, you almost pass over these two Scriptures where Esau has chosen two wives.

This is usually a joyous occasion for the family, but it says his actions grieved Isaac and Rebekah.

For one, he married not just one woman, but two. And secondly, he chose to marry women who were not of Abraham’s lineage.

Remember how important it was for Abraham to find a wife for Isaac who was kin to them? To marry someone of a foreign nation invited in all of their heathen beliefs and customs. Because there is no doubt about it, Basemath and Judith did not worship Yahweh.

This is just another example that reveals Esau’s character and how he had always been about pleasing himself, without a care or concern how it might affect the future.

Previously, he sold his birthright to Jacob, his brother, for a bowl of stew! And here, he’s married two Hittite women.

His decisions show us three things about Esau:

1.  Disrespect for his birthright.

His birthright was to be the leader of the family. For temporary satisfaction and immediate gratification, he gave that up to his brother. Jacob knew what the birthright entailed, and this showed that Esau disrespected the honor as well as his father.

2.  Disregard for their heritage.

Esau knew he was supposed to marry inside the family.

He knew he should only have one wife.

But he disregarded all of it for his selfishness. He did what he wanted, without caring about the consequences.

3.  Disobedience towards his parents.

He made the decision to marry these women, probably without discussing it with his parents. And if he did, he still did it anyway.

It was a source of grief that built a barrier between them. He caused strife between him and the people who loved him the most because he wanted to marry who he wanted, not who his parents would approve of.

When we make decisions, we should consider the cost.

We should seek out wise counsel for their help.

And we should always follow what God intends. If our decisions don’t line up with Scriptures, the consequences will come.

We should stop “dissing” God for our own desires.