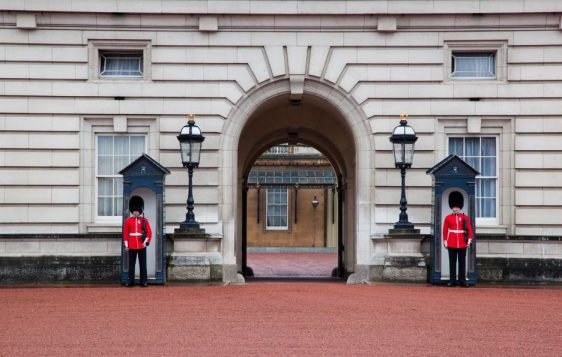 Standing tall, erect and as still as a statue, the Queen’s guards of Buckingham Palace have always been an interesting subject. Many will try to make them laugh or move, but the rules for the guards are very strict. In fact, I read that they aren’t even allowed to wipe the sweat from their brow because they have to remain so still. They are allowed to march in front of the palace every ten minutes to circulate the blood in their legs so they won’t pass out, but that’s it.

Imagine if one of these guards or all of them, were caught sleeping on the job.

I can hear the harsh voice of the Queen of Hearts from Alice in Wonderland scream, “OFF WITH THEIR HEADS!”

Guards have a job to do and sleeping on the job would result in severe punishment. Not just for these guards, but especially for those in Rome during their reign.

“Now when they were going, behold, some of the watch came into the city, and shewed unto the chief priests all the things that were done. And when they were assembled with the elders, and had taken counsel, they gave large money unto the soldiers, Saying, Say ye, His disciples came by night, and stole him away while we slept. And if this come to the governor’s ears, we will persuade him, and secure you. So they took the money, and did as they were taught: and this saying is commonly reported among the Jews until this day.” (Matthew 28:11-15)

If you knew anything about guards and the Roman government, you would think, who would believe that these guards fell asleep while on duty?!

It would be impossible for that to happen and they live to tell about it.

And yet many believed the lies the religious leaders paid them to say to cover up the resurrection of Jesus Christ. They would do anything to stop people from knowing the truth.

Today, sadly, there are still many so-called “Christians” that are merely religious leaders that would feed you lies about Jesus. Some say He was merely a prophet and nothing more. Others say He was the brother of Lucifer. Many claim that your works save you in addition to believing in Jesus. While some even go as far to say that it wasn’t really Jesus that was crucified, but it was another man in His place.

Some will also tell you that there is more than one way to heaven.

“Neither is there salvation in any other: for there is none other name under heaven given among men, whereby we must be saved.” (Acts 4:12)

If a religious leader states anything else than this, he is a false prophet.

Don’t believe the lies. Open your bible and read for yourself who Jesus was and what He did for you on the cross. He loves you so much that He gave His life for you! We owe it to Him to discover the truth for ourselves.

Copyright © 2023 by Yalanda Merrell Lifeword.org. All rights reserved. No part of this article may be reproduced or reprinted without permission in writing from Lifeword.org