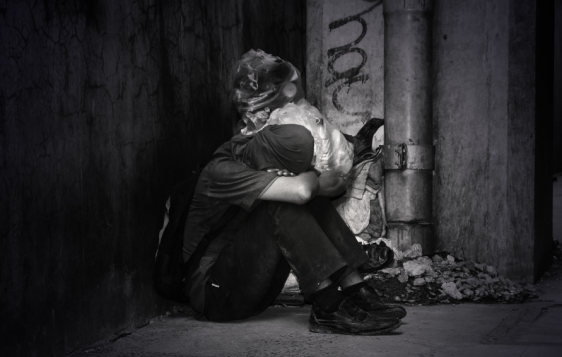 In my second full week of pastoring a church, which was just at the beginning of adding a building, a lady from the congregation came up to me and said, “I don’t know why we’re building a new building. We’re just a small town and we’re getting smaller.”

She was right. At that point in time, the town of 18,000 people had experienced a brief decline in population. However, her viewpoint missed one major fact: Out of the 18,000 people in the town, no more than 5,000 were active in a church.

I kept my mouth shut, but my snarky brain wanted to shout, “Actually, we are building too small! There’s no way we could hold all the potential new believers in our town with this new building plan.”

What would prompt a person to overlook so many lost people in a town? It’s not ignorance of the situation. I believe most church members are tempted to write off the majority of unbelievers for one simple reason: They believe that unbelievers’ lives are too dirty for their church.

Such an attitude is Christian prejudice rooted in hypocrisy, selfishness and pride. And it is exactly the attitude that Christ’s disciples appeared to have in response to His interaction with the Samaritan woman (AKA “The Woman at the Well”) in John chapter 4.

The woman’s life was so radically changed by her encounter with Christ that she left to tell everyone in town what had happened. As a lady with a “reputation,” the fact that she was eager to declare Christ to the townspeople who looked down upon her reveals several important facts:

Her shame had been taken away.

Her soul had found peace.

Her pain had been replaced with joy.

She was a new creation!

But the story doesn’t end there (even if many sermons do). Look at what happens next in John 4:27-30:

Just then his disciples came back. They marveled that he was talking with a woman, but no one said, “What do you seek?” or, “Why are you talking with her?” So the woman left her water jar and went away into town and said to the people, “Come,see a man who told me all that I ever did. Can this be the Christ?” They went out of the town and were coming to him.

When Christ’s disciples arrive on the scene, the Samaritan woman is still there. Apparently, they had such little regard for her that they didn’t mind speaking disparagingly about her in her presence! They asked Jesus “Why are you talking with her?” They were truly perplexed. Verse 27 even states they “marveled.”

It was disgraceful to speak to a woman in public. But this wasn’t just any woman – she was a Samaritan with a promiscuous past! Samaritans were considered “unclean” by the Jewish elites. Rabbis stayed clear of them.

Yet Jesus sought her out. Jesus pursued those who were deemed “unclean!” If that weren’t true, we would all be without hope because we are all sinners, unrighteous, and unclean.

Ministry is messy because people’s lives are messy. If you’re not getting your hands dirty, you’re probably not ministering the love of Christ.

But the disciples didn’t seem to understand yet.

Meanwhile the disciples were urging him, saying, “Rabbi, eat.” But he said to them, “I have food to eat that you do not know about.” So the disciples said to one another, “Has anyone brought him something to eat?” Jesus said to them, “My food is to do the will of him who sent me and to accomplish his work. Do you not say, ‘There are yet four months, then comes the harvest’? Look, I tell you, lift up your eyes, and see that the fields are white for harvest. Already the one who reaps is receiving wages and gathering fruit for eternal life, so that sower and reaper may rejoice together. For here the saying holds true, ‘One sows and another reaps.’ I sent you to reap that for which you did not labor. Others have labored, and you have entered into their labor” (vs. 31-38).

Unclean People are the Harvest

Voluntary fasting is rare. Occasionally, one may skip a meal to spend time with a loved one, or to work on an important project. But it is rare for a human desire to overshadow physical hunger. One such instance, however, takes place in the life of a farmer.

In agriculture, harvest time occurs in a limited window. A good farmer will begin harvesting as soon as the crops are ready and will work nonstop until the job is completed. Taking breaks – even for meals – may waste time and prevent the farmer from reaping the entire harvest before it is too late.

When the disciples urge Christ to eat, Jesus tells the disciples to look up and see that it is harvest time. In other words, He is saying that the urgency of the harvest is more important than the urgency to eat.

When the disciples lifted their eyes to the harvest, what did they see? They saw the Samaritan people coming to see Jesus in response to the woman’s testimony!

Jesus was hungry to reap the harvest. And He wanted his disciples to be hungry to harvest souls as well.

Just like the most beautiful flower must first be planted in the uncleanliness of dirt, Christ had planted seeds of righteousness in the unclean lives of sinners. Now it was time to harvest what had been planted! The harvest was the bounty of new creations, made righteous in Christ.

The harvest requires getting ones hands dirty.

Jesus was inviting the disciples to rejoice in harvesting what they did not sow. Christ had sown gospel seeds in the Samaritan woman and she responded by sowing seeds amongst the townspeople. Now the disciples were able to join in the harvest party!

And the harvest was great.

Many Samaritans from that town believed in him because of the woman’s testimony, “He told me all that I ever did.” So when the Samaritans came to him, they asked him to stay with them, and he stayed there two days. And many more believed because of his word. They said to the woman, “It is no longer because of what you said that we believe, for we have heard for ourselves, and we know that this is indeed the Savior of the world” (vs. 39-41)

Verse 39 says “Many Samaritans form that town believed in him…” Jesus was so moved, that He stayed two days. The text seems to imply that Jesus extended His visit based on the sowing and reaping.

Want to enjoy the presence of Christ? Sow and reap!

When believers take part in Christ’s harvest, everything exalts Christ. Even the woman’s testimony pointed everyone to Jesus. Just look at what the new believers said to the woman in verse 42: “It is no longer because of what you said that we believe, for we have heard for ourselves, and we know that this is indeed the Savior of the world.”

The congregation that desires to exalt Christ while enjoying His presence will sow seeds of the gospel and reap a harvest of righteousness.

So why aren’t more churches experiencing such a harvest? Because it requires ministering to unclean people. Very few are willing to roll up their sleeves and get their hands dirty. Yet the Lord doesn’t typically work in clean environments – the healthy don’t need a doctor (Mark 2:17)!

It is the sexually immoral, idolaters, adulterers, homosexuals, thieves, greedy, drunkards, revilers, and swindlers. “And such were some of you. But you were washed, you were sanctified, you were justified in the name of the Lord Jesus Christ and by the Spirit of our God” (1 Corinthians 6:11).

Never forget, you were unclean and deserving of wrath before Christ graciously reached out His clean, nail-pierced hands for your rescue. Leaving your high, lofty, institutionalized church tower to reach unbelievers pales in comparison to vacating the glories of heaven to serve the vileness of earth.

Mark it down: Clean ministry dies.

If your church is looking to have a harvest party and rejoice in the presence of Christ, look no further than the unclean. There is an endless supply of unclean unto which you can minister. You’ll probably find Jesus there.

It’s time to roll up our sleeves and get our hands dirty to reach the lost. I’m sure your town, no matter how big or small, is full of them!

Copyright © 2021 by Scott Attebery @https://scottattebery.com/church/clean-churches-die/ No part of this article may be reproduced or reprinted without permission in writing from Lifeword.org.