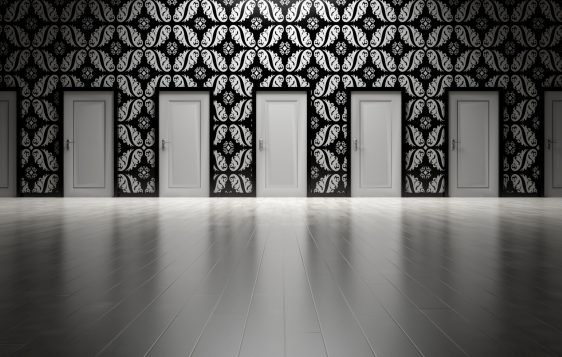 I’ve questioned many decisions I’ve made in my life. And I’m fairly certain I’m not alone.

When making those regretful decisions, almost 100% of the time, I gave little thought to how it would affect someone else.

I only thought of myself.

And guaranteed, I didn’t seek out wisdom from others either.

But now, as a follower of Christ, having surrendered to the will of God, I don’t want to make decisions based on my own thoughts, knowledge, desires or will. I want them to come from God alone.

Those are the decisions I can trust.

In Genesis 48, Jacob is dying. His beloved son, Joseph, comes to see him with his two sons. Jacob blesses Ephraim more than Manasseh and Joseph questions his father’s decision.

When Joseph saw his father had placed his right hand on Ephraim’s head, he thought it was a mistake and took his father’s hand to move it from Ephraim’s head to Manasseh’s. Joseph said to his father, ‘Not that way, my father! This one is the firstborn. Put your right hand on his head.’ But his father refused and said, ‘I know, my son, I know! He too will become a tribe, and he too will be great; nevertheless, his younger brother will be greater than he, and his offspring will become a populous nation.’” (Genesis 48:17-19)

Jacob, of all people, knew what it meant for the younger to be greater than the older. Jacob himself had been born right behind Esau his brother. But had deceived his brother into not only getting his birthright, but also his father’s blessing. Even Joseph knew what it was like for the younger son to be greater than the others. He himself had told his older brothers of his dream that one day they would bow to him.

Tradition said the firstborn would receive all the rights and privileges and would become the heir.

Tradition also gave the blessing to the eldest and the responsibility with it.

Although blessing Ephraim more than Manasseh went against tradition, it was all a part of God’s plan.

God’s decisions are not hindered by tradition, rituals, stature, position or appearances.

If He directs it, we can trust it.

If you have a big decision to make, or even a small one, go to God in prayer about it. Don’t lean on your own understanding.

“Trust in the LORD with all your heart; and do not lean on your own understanding. In all of your ways acknowledge him, and he will direct your paths.” (Proverbs 3:5-6)