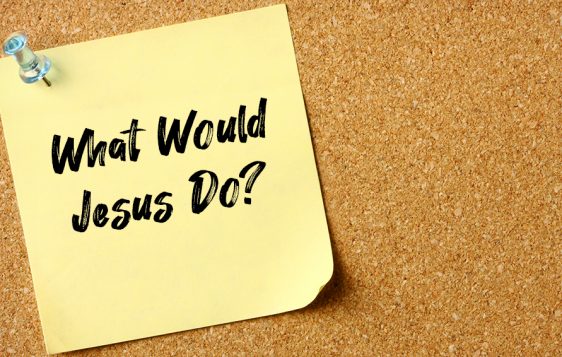 Even though it’s completely secular wisdom, I thought that author and podcaster Brene (pronounced like Renee) Brown’s comments were well said.

She might be a Christian, but she didn’t mention it so I’m only assuming she’s coming from a secular viewpoint. Brown was a “virtual” guest recently on a NBC morning show who was asked, “How do you sit around a table and have a conversation with someone you disagree with?”

Hmmm . . . “How often does that happen to me?” I asked myself. Couldn’t think of a time I intentionally did that, but occasionally family or friend conversations can sometimes reveal areas of disagreement. Pretty rare though.

But the show’s co-host was referring to the broader cultural picture going on right now where people are in stark disagreement about, well, sooo many areas:

Discrimination and does everyone do it, even subconsciously?

Social justice and what is that exactly?

Is it OK to destroy property to get society’s attention?

If you’re white, does that make you racist?

If you’re black, does that make you racist?

Should monetary reparations be given to the disenfranchised?

What about my white friends? Can I still love and be friends with them even though we’re different races?

Same thing with my black friends . . . can I still be friends with them if I’m white?

Wow! It’s hard to even type that, scary even, because of the violent feelings surrounding them. But we’re not going there. We won’t be discussing those topics, but Jesus wasn’t afraid to.

all people have value,

all people are offered the free gift of salvation, and

all people are commanded to love and testify about the life-changing power of the cross. Period.

The End. That’s the basis of a Christian’s answer to the original question: “How do you sit around a table and have a conversation with someone you disagree with?”

Here are Brene Brown’s three pieces of advice, then I’ll add the Christian “spin”, if you will. Here’s how to have meaningful conversations with those you disagree with:

#1 – People are hard to hate close up, so move in, see their humanity and engage.

#2 – If your value system, opinions, or beliefs are reducing someone’s own humanity or worth in some way, you can’t have the conversation. You can’t sacrifice your morality or ethnics.

#3 – Understand that you’re not having the conversation to be right, but to get it right. So be vulnerable (which does not mean weakness, btw) and be willing to expose yourself emotionally. Then show up, be heard, and be brave.

So what’s the Christian spin on that three-part list? Right now, if you don’t know that powerful, world-changing and radical love of Jesus, you’re probably tuning me out, but here it is. It’s super simply, but it involves words like humility, surrender and obedience that the world would say are all signs of weakness.

Jesus came to earth to turn the world upside down and bring radical, powerful change to first century culture, religion, society, governments and traditions. He commanded us to surrender our lives to him, spread the word about this radical love, and conform ourselves into his image.

Along with #s 1, 2 and 3, Jesus is how Christians are able to have conversations about hard topics.

He is grace, so we are graceful.

He is peace, so we are peaceful.

He is humility, so we are humble.

He is sacrifice, so we are sacrificial.

He is love, so we are love.

Super-simple, radical, powerful, and the solution to all the world’s problems.