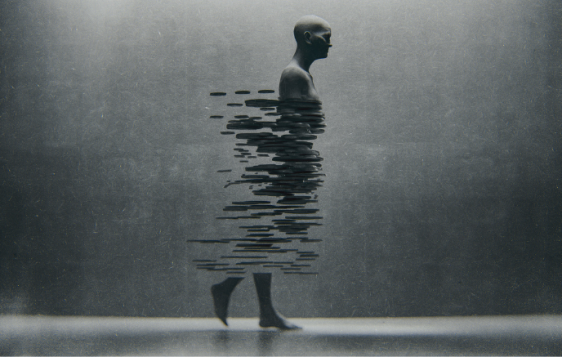 You may not have heard this, but many well-known Christians have publicly walked away from their faith: Marty Sampson (songwriter for Hillsong United), Josh Harris (pastor and author of I Kissed Dating Goodbye), Jon Steingard (from Hawk Nelson), Kevin Max (from DC Talk), and other pastors and church leaders.

When I first heard about it, I was very troubled, and it’s not like it doesn’t still bother me, but after the initial shock and media sensationalization of these stories I have perspective on what’s actually going on:

#1 The sky is not falling. News sites and social media have hyped these stories, but they had to be hyped to get any traction. Stories about prominent Christians leaving their faith are pushed like that because they are few and far between.

#2 The more time goes by, the more details we get on each story. Initial announcements made it seem like they went on a journey to seek the truth and after unbiased research and logical reasoning, they concluded that historical Christianity and the Bible are false. But that’s not true.

#3 As more details emerge, the underlying cause of their loss of faith becomes apparent: They prefer sin over the life God is calling them to live. No one can embrace sin and believe there is a God who will one day hold us accountable. The choice is this: Abandon the sin you love or abandon the faith you profess.

All the people mentioned earlier have openly said the Bible is wrong about what Scripture clearly says is sin. They prefer having favor with culture than with God. Some had major moral failings in their lives and were tired of hiding them—like Josh Harris and a few other pastors. Intellectual reasoning didn’t make them hang up their faith—it was sin. They needed an excuse for walking away, so they found a way to hide their true motives.

#4. This may sound like a contradiction of #1, but it’s not: There is a movement encouraging this behavior. Alisa Childers, former member of the Christian band ZOEgirl, wrote an excellent book, Another Gospel, on her story of this movement, how she was sucked into it and what we need to do about it. (Five out of five stars—I would highly recommend it.) Her book describes how a pastor at her Nashville church invited her to a private Bible study to make her doubt, and ultimately deconstruct, her faith. Yes, her pastor—not a stereotypical atheist professor or a Redditor with a neck beard. She says he specifically targeted high profile believers (like her in the Christian music capital of Nashville) to join his “Bible study.”

There is a movement afoot to undermine the Christian faith and it’s targeting those who cause the most people to stumble. Josh Harris will even send materials to help you deconstruct your faith for the low price of $275I

But we should not be surprised by this. We were plainly told this would happen. Jesus said of the last days: “Many will turn away from me and betray and hate each other. And many false prophets will appear and will deceive many people. Sin will be rampant everywhere, and the love of many will grow cold” (Matthew 24:10-12).

Paul echoes the same thing to the church at Thessalonika: “Let us clarify some things about the coming of our Lord Jesus Christ . . . that day will not come until there is a great rebellion against God . . . this lawlessness is already at work secretly, and it will remain secret until the one who is holding it back steps out of the way” (2 Thessalonians 2:1, 3, 7).

In verse three, the Greek word used is “ap-os-tas-ee’-ah.” Some translations use the English terms apostasy, falling away, or rebellion, which all mean the same thing: In the last days there will be a movement of professing Christians who forsake their faith. Apostates have been around from the very beginning, and like other signs of the last days, apostasy rates will increase like birth pains increase as the moment draws near. So when you see news stories of high profile Christians or people you know walking away from their faith, yes, be heartbroken; yes, seek to restore them; yes pray for them; but don’t be surprised. Jesus and Paul warned us.

Today, apostasy goes by a lot of different names:

Exvangelical (“Evangelical” with an “x” to make it past tense)

Deconstruction (tearing down your faith)

These are all modern sugar coatings for the same lie Satan has told from the beginning. His first four words recorded in the Bible are, “Did God really say?” That’s the original seed of doubt and the question at the core of all of this, whatever you call it.

I pray that these men and others would come home, and that those who have discarded everything they once held true will come home. Some have done so, some are slowly walking that way, but some are enjoying the prodigal life.

Here are two warnings: First, “Stay alert! Watch out for your great enemy, the devil. He prowls around like a roaring lion, looking for someone to devour. Stand firm against him, and be strong in your faith” (1 Peter 5:8-9a). You need to have deep roots and a strong foundation in God’s Word.

Second, guard yourself from false teachers. Jesus warned, “Beware of false prophets who come disguised as harmless sheep but are really vicious wolves. You can identify them by their fruit, that is, by the way they act” (Matthew 7:15-16). For two the pastors who rejected their faith, one preached and wrote one way but lived his life very differently, and another lived a double life of adultery. Test your leaders—not faultfinding and nitpicking, but looking at the fruit of their lives like the Bereans of Acts 17 who compared Paul’s words with Scripture to see if they matched up.

I hope you learned something. If you did, consider sharing it and subscribe so you can catch the next Bible Tidbits video when it drops on Thursday! A special thanks to Lifeword for sponsoring this video—check them out at Lifeword.org.