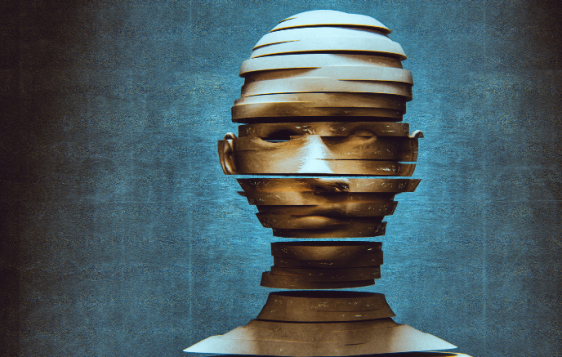 In the past few years, a new trend has grown popular in evangelical Christian circles: the act of deconstructing one’s faith. In essence, deconstruction is the process of rethinking what one believes, abandoning some or all parts of it that may be invalid, and in some cases, abandoning the faith entirely. Many who begin the deconstruction process do not end up with a stronger faith. Instead, they end up with no faith at all.

Sometimes, the deconstruction process begins with the best of intentions. After all, there are many practices that have become standard to evangelicals today that have nothing to do with biblical faith and everything to do with manmade tradition. Things like legalistic standards of dress, which Bible version to use, and even the practice of three weekly church services . . . none of these are found in the Bible. In some circles, they are more strictly enforced than others, but even in circles that are more lax about such things, manmade traditions are bound to trickle in.

One may also wish to deconstruct because they want to make sure their faith is their own. For those who have grown up in church with Christian parents and grandparents who have been taught the Bible their whole lives, their deconstruction may come simply out of a desire to take a firm grasp of their own faith, not to live off their relatives’ faith.

I think there are three reasons deconstruction often leads to abandoning the faith: why, how, and for how long.

For many, I fear that the question of “why” is actually because they do not like what the Bible says. Maybe it is because of a certain sin they wish they could excuse, or because they don’t like the idea that non-believers go to hell. Maybe rather than questioning a few manmade traditions, they are questioning whether God actually said what He said. This is a dangerous slope and a sinister trick used by Satan against Eve (Genesis 3:1).

If the “why” of deconstruction is anything other than a genuine desire to grow closer to God and stronger in one’s faith, then deconstruction is not an act of faith but one of rebellion, one which will likely lead to deconversion.

But if the deconstructor is actually analyzing the Bible, comparing it to secular texts or worldly beliefs, then what they are actually doing is determining whether they believe more in the Bible in man’s philosophies. And if they start such a process, it is likely because man’s philosophies are already drawing them away from biblical truth.

Any “deconstruction” should use only the Bible as the primary source of comparison, seeking to prove or disprove any human beliefs or traditions based on what God says. When it is the other way around, deconstruction will inevitably lead to abandonment of faith.

Someone who is looking to completely deconstruct their faith, however, will more likely spend copious amounts of time on it, and it will become their central focus. If the deconstruction process lasts any significant length of time, the individual is more likely to be drawn away and deceived.

There are many aspects of the Christian life where it is okay to approach with a discerning eye. We should always be watchful for false practices or flawed traditions that could bog down our service. We should certainly analyze our own faith to ensure it lines up with the Word of God. But deconstruction is a messy and dangerous process. Rather than deconstruct our faith, let us hold it up to the examples provided in the Bible. As long as that is our source of comparison, any kind of analysis of our beliefs will result in a stronger relationship with God at the end of it.

But we must be careful not to fall into the kind of cynical deconstruction that leads us to question the validity of what God says. Let us not think we are too wise for God. 1 Corinthians 1:27 warns that God uses foolish things to dismantle the wisdom of the world. No scholarly deconstructor will ever be able to disprove God’s Word. And those who try usually doom themselves to a faithless, deconverted life.

Take a look at your own life. If there are unbiblical practices or ways those practices could more accurately line up with Scripture, then change them. But do not look for cut and dried answers for every burning question or think that because those answers are not there, the Bible is flawed. Remember: we walk by faith, not by sight.