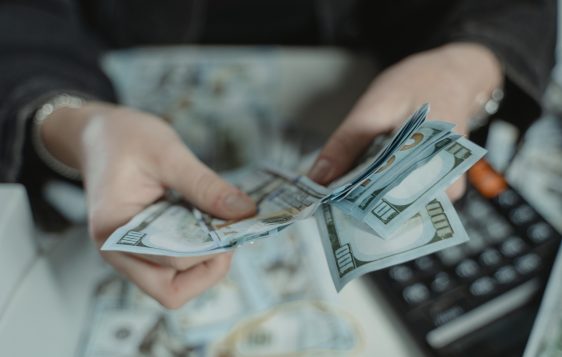 My husband and I watch a series called Atlantis. It’s a pretty good show as it takes characters from Greek mythology and introduces them in peculiar ways throughout.

In one episode, Hercules, who is not at all what you would think he would look like, is desperate for the love of a woman. He doesn’t think she feels the same way, so he decides to seek out the help of a witch. She tells him there will be a price to pay, but he doesn’t care. In that moment, all he can think about is what he wants. He is ready to do anything, give up everything, and pay any amount no matter the price in order to have her love.

It was a decision he would later regret.

Another character in the Bible was also desperate enough to pay any price. His name was Esau, the firstborn son of Isaac and Rebekah.

He was a hairy, woodsy man. He spent his time outside in the fields, hunting and killing things. He was a real mans-man.

One day, he came in from hunting famished. He smelled the stew his brother Jacob cooked, and wanted it.

Now Jacob was a mother’s boy who spent time inside the tents instead of in the great outdoors. The twins were vastly different.

Nevertheless, the smell of the stew was overpowering to Esau and he demanded to eat some of it.

Jacob saw his opportunity and he took it.

Esau said, ‘I am about to die; of what use is a birthright to me?’

In a moment of temptation, Esau’s desire won. He salivated at the thought of that first taste of stew. In that moment, he would have done anything, even forsake his inheritance for a bowl of lunch.

The birth right was an honor bestowed upon the firstborn son. It meant a double portion of the inheritance, but it also meant he would become the family leader one day. And Jacob wanted the birthright Esau was willing to sell.

Esau gave it all away in a moment of weakness.

Haven’t we all been there?

Our desire won us over because we became desperate for temporary satisfaction.

But in the end, we regret it.

“Then Jacob gave Esau bread and pottage of lentiles; and he did eat and drink, and rose up, and went his way: thus Esau despised his birthright.” (Genesis 25:34)

It’s hard to think past the moment, especially in a society where everything is instantaneously at our fingertips.

So how can we control our desires and keep our focus on making good choices rather than acting on impulses? Here are three practical steps.

1.     Compare the benefits to the consequences. If this is only going to result in temporary satisfaction, too often than not, the consequences are high (Galatians 6:7-8).

2.     Pray for the Lord’s help in making the decision or for strength during the temptation. Do not trust your own heart (Jeremiah 17:9-10).

3.     Seek wise counsel. In the moment, the last thing on our mind is to get advice from someone who might actually set us straight. In fact, that’s why many of our bad decisions are made in secret because we know someone might talk us out of it (Proverbs 12:15).

If we can learn anything from Esau and Hercules, it’s that temporary satisfaction leaves us with regret.

We need to consider the cost before giving into the desires of our heart. Or else we will be like Esau, who forsook his entire future to satisfy his hungry belly.