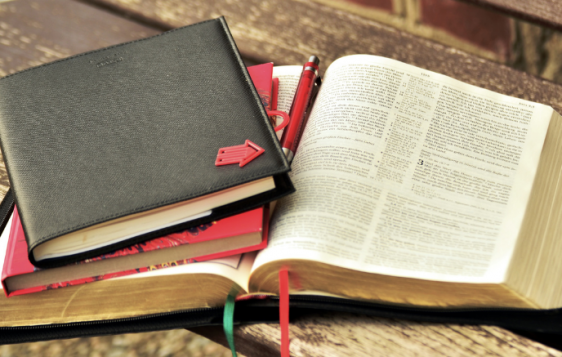 There are two opposite errors we often have when studying the Bible. The first error is using verses completely out of context. Here are two out-of-context verses to show you that smoking cigarettes or vaping is exactly what God wants you to do. Ready?

First Corinthians 6:19 is actually telling us to honor God with our bodies—read the surrounding verses for context—and Revelation 15:8 isn’t talking about your body being a “temple”—it’s talking about the Temple in heaven—and that wasn’t tobacco smoke; it was smoke of God’s glory.

See? You can prove just about anything with out-of-context Bible verses. That’s why it’s important to understand the broader context of any verse you hear before making theological conclusions or applications to your life.

The other error is actually made in reaction to the first: thinking that verses can and should only be kept in STRICT context and never applied to a situation outside that context—even if you’re just trying to extract a general principle. Here’s an example from Jeremiah 29, a letter written to a small group of Israelites living in the foreign capital city of Babylon:

War had just been declared against them, many people were killed, and the best and the brightest (like Daniel) sent to Babylon for reprogramming away from God and toward the things of Babylon.

Why did God allow that? Isn’t He strong enough? He is, and He could have intervened but chose not to. God told Israel in very graphic terms in Deuteronomy 28 what would happen if they turned their backs on God and began doing evil, detestable things.

They disobeyed God, so He kept His promise and they were conquered and sent into exile. But just like us, they wanted to hear that everything would soon be OK, there wouldn’t be lasting consequences for their actions, and repentance was unnecessary. True to the Law of Supply and Demand, the people demanded to hear these pleasant lies, so false prophets supplied them with pleasant things instead of truth.

But Jeremiah 29:8 says, “This is what the Lord of Heaven’s Armies, the God of Israel, says: ‘Do not let your prophets and fortune-tellers who are with you in the land of Babylon trick you. Do not listen to their dreams, because they are telling you lies in my name. I have not sent them,’ says the Lord. This is what the Lord says: ‘You WILL BE in Babylon for seventy years. But then I will come and do for you all the good things I have promised, and I will bring you home again. For I know the plans I have for you,” says the Lord.

“They are plans for good and not for disaster, to give you a future and a hope. In those days when you pray, I will listen. If you look for me wholeheartedly, you will find me I will be found by you,” says the Lord. “I will end your captivity and restore your fortunes. I will gather you out of the nations where I sent you and will bring you home again to your own land.”

So what does Jeremiah 29:11 really mean in its original context? God says yes, you’ll be punished for seventy years, then God will bring you back home to start all over. Their disaster—which they were living in—would not be ultimate. The nation of Israel did have a future even though things looked hopeless.

If you believe in keeping verses in the strictest of contexts, Jeremiah 29:11 only applies to people in this situation at this particular time in history.

No need to text this verse to people—it doesn’t apply.

No need to put it on a graduation cake—it’s not relevant.

But that belief is too narrow. Sure, thinking that this verse means winning a state championship because God has good plans for you and a future in the NFL—that’s too far in the other direction. There is a middle ground between these two extremes as we apply God’s Word and extract helpful life principles things from Scripture.

First, we reap what we sow—or to use modern language, we harvest what we plant. God didn’t allow the nation of Israel to flagrantly sin—God said there would be consequences. And there were.

Second, God’s disposition is good. He punishes the nation but wants them to know there is hope for a good future. When they seek Him they will find Him. God has not abandoned them. Is God just—and therefore must punish sin? Absolutely. Is He also full of grace and redemption? Yes to that, too.

Third, God isn’t building the plane while flying it—He’s not only all-powerful and can insert Himself in history, He’s also knows the future. God wasn’t blindsided by Babylon’s conquest and saying, “Hey, I’ll get you out of this, just give me seventy years to come up with a plan to get you back.”

No, God knew when they were captured that seventy years later Babylon would be conquered by Persia and they would be released.

God knew when they abandoned Him that Babylon was becoming an ambitious nation.

God knew when He gave them the law, they would turn their backs on Him, and He still knows today.

What does this mean for us? God already knows your life—the triumphs, heartaches, and sin. He knows it all. No matter where you are today, you can know that God “knows the plans [He] has for you.”

“They are plans for your [ultimate] good and not for disaster, to give you hope and a future.” The question in verse 13 is, “Will you seek God wholeheartedly?” If you do, you will truly find Him to be your hope and guarantee of a good, eternal future.

You can know God personally today. He is seeking after your heart.