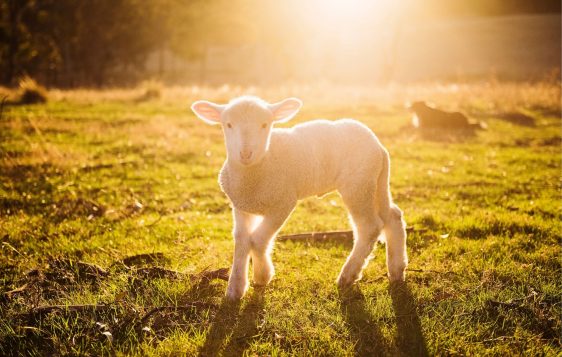 Next week, my husband and I will celebrate 8 years of marriage. It seems so much longer, and yet at the same time, it feels just like yesterday.

There we were, standing at the altar. As he said his vows, he slipped the ring on my finger, and I did the same. Promising to love, honor, cherish, obey, no matter what. The ring isn’t anything miraculous that’s going to keep us together, but it’s a symbol of the commitment and covenant we made to one another.

“And Moses came and told the people all the words of the LORD, and all the judgments: and all the people answered with one voice, and said, All the words which the LORD hath said will we do. And Moses wrote all the words of the LORD, and rose up early in the morning, and built an altar under the hill, and twelve pillars, according to the twelve tribes of Israel. And he sent young men of the children of Israel, which offered burnt offerings, and sacrificed peace offerings of oxen unto the LORD. And Moses took half of the blood, and put it in basons; and half of the blood he sprinkled on the altar. And he took the book of the covenant, and read in the audience of the people: and they said, All that the LORD hath said will we do, and be obedient. And Moses took the blood, and sprinkled it on the people, and said, Behold the blood of the covenant, which the LORD hath made with you concerning all these words.” (Exodus 24: 3-8)

God told Moses to share the laws He had given him with the children of Israel. Moses went through the proper ceremonies as he built an altar, made the sacrifices and then met with the people.

I’ll be honest. I was a little shocked when I read this scripture and I thought it strange to sprinkle the people with blood. But, in order to truly understand this, we have to have a clear picture of sin, forgiveness and how that was achieved in the Old Testament.

God is the sovereign judge of all, he condemns sin and judges it worthy of death. In the OT, God accepted the death of an animal as a substitute for the sinner. The animal’s shed blood was proof that one life had been given for another. So on the one hand, blood symbolized the death of the animal, but on the other hand, it symbolizes the life that was spared as a result. Of course the death of the animal that brought forgiveness in the OT was only a temporary provision, looking forward to the death of Jesus Christ (Hebrews 9:9-10:24).

In the ceremony described here, Moses sprinkled half the blood from the sacrificial animals on the altar to show that the sinner could once again approach God because something had died in his place. The other half, he sprinkled on the people to show that the penalty for their sin had been paid and they could be reunited with God. Through this symbolic act, Gods promises to Israel were reaffirmed and lessons are taught to us about the future sacrificial death (or atonement) of Jesus Christ.” (Commentary, Life Application Study Bible, Tyndale)

There was nothing miraculous about this blood from the animal, but it was a reminder to the person of their sin and the covenant they made with God, promising to love, honor, cherish, obey, no matter what.

But it pointed to the miracle that was to come. The perfect, sinless sacrificial lamb that would give His life for all mankind. His blood poured out for us, covering all sin, offering forgiveness to any that would come. But you have to accept His sacrifice and commit your life to Him to receive that forgiveness.