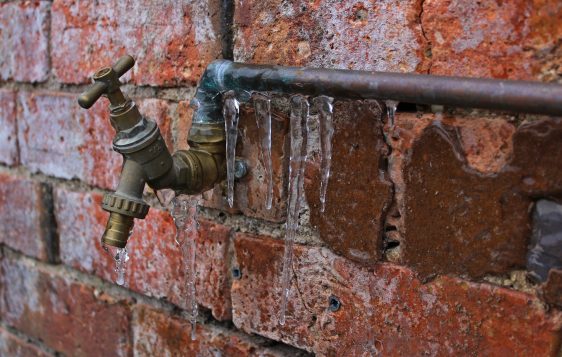 When we plan to go out of town, my husband always leaves clear instructions on what to do for the person watching our house. He will go over it three or four times just to make sure whomever is taking care of things knows exactly what to do.

This would happen a lot, especially when our son was younger and lived with us. It never failed though to be gone only a day, call home and ask if certain things on the list had been done, and of course, they had not.

For example, it was supposed to get down to freezing one night.

The hose needed to be disconnected, drained and stored, along with wrapping the exposed pipe. If not, the hose would freeze, expand, leak, and the pipes would burst. This would cause leaks that would have to be fixed and the water to be turned off to do so. All of this could happen if the instructions were not followed.

The same thing happens in our relationship with God and living Christ-like on a daily basis.

Although we have clear instructions in God’s Word, we still think our own way is better or perhaps easier.

In Genesis chapter nine, God gave Noah and his sons instructions to follow.

“God blessed Noah and his sons and said to them, ‘Be fruitful and multiply and fill the earth. The fear and terror of you will be in every living creature on the earth, every bird of the sky, every creature that crawls on the ground, and all the fish of the sea. They are placed under your authority. Every creature that lives and moves will be food for you; as I gave the green plants, I have given you everything. However, you must not eat meat with its lifeblood in it. 5 And I will require a penalty for your lifeblood; I will require it from any animal and from any human; if someone murders a fellow human, I will require that person’s life. Whoever sheds human blood, by humans his blood will be shed, for God made humans in his image.’” (Genesis 9:1-6).

God gave clear instructions on what to do after the flood: give life, do not take it.

God explains why murder is wrong. Killing one that has been made in God’s image, not an animal, violates God’s law.

The reason why God gave these instructions so early is because, although there were only eight people alive on the planet, these eight people and their descendants were still carriers of the curse of sin.

Evil resides in the heart of every man and woman. As does the capability to take someone else’s life.

God knew His creation, and He knew he needed to lay down the law for Noah and his family and what the punishment of taking a human’s life would be.

When we look at our world today, we’ve got it all mixed up.

What is wrong with us?

Lord, forgive us. Speak to the hearts of those who work in these institutions.

Be with the leaders of our country who must make decisions to fight for the rights of unborn children.

Give strength to the powerless.

Restore the hearts of women who have been through this as they may have to live with the regret of their decisions. Lord, help them seek freedom in you.

Speak to the hearts of people as we vote for leaders who will support life and not murder.