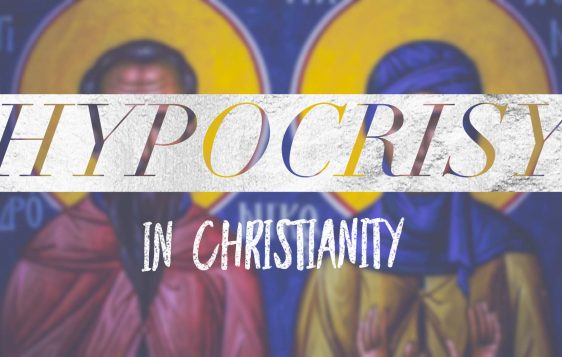 I am so thankful to God for giving me a husband that is a pastor, a preacher of the Word of God. Why? First of all, because I can learn so many things from him from his sermons and learn truth from God’s Word.

And second, as he writes his sermons, prays and studies, everything that he experiences with God, he is sharing with me.

In the same way I would like to share it with you. Or at least, what God has taught me by listening and reading one of his sermons on Psalm 51, which is relevant for us today, even if it was written centuries ago,

Psalm 51 is found in Book 2 of the 5 book-divisions in the book of Psalms. In this section, the number of psalms of lament is predominant.

When we come to Psalm 51, the enemy is even closer: David’s own sin and the guilt that comes with it. It is his own sin that David is lamenting in this psalm.

You may have enemies or be going through a bad situation right now; but we all find ourselves constantly trying to get rid of the weight of sin and guilt in our lives. I am pretty sure that you don’t need much time to think of how often you sinned this past week.

In chapter 11 of Psalm 51 we have the account of David’s sin. He failed to be a good leader for God’s people because he remained in Jerusalem while everyone else went to the battle against the Ammonites.

With so much time on his hands, he saw from the roof of his house a woman bathing. He desired her, and he sent messengers to take her, knowing that she was the wife of Uriah, one of his most faithful warriors. He got her pregnant, and then he planned the death of her husband in order to get away with his sin.

The sin of David, like any other sin, displeased the Lord. After the baby was born, the Lord sent Nathan to confront David for his sin, but he began by telling David the story of a rich man with many flocks and herds. When a traveler came to him, instead of using one of his own lambs, the rich man took the only lamb of a poor man who lived in the same city and prepared it for the man who had come to him. David’s response was anger. “As the Lord lives, the man who has done this deserves to die, and he shall restore the lamb fourfold, because he did this thing, and because he had no pity.’

What a dangerous thing it is to sit under the preaching of the Word or the study of the Scriptures and not be convicted of our sin.

It is a dangerous thing to be in church and feel comfortable when we have un-confessed sin in our hearts.

It is dangerous when we start thinking about other sinners as we’re listening listen to a sermon or studying the Bible. While David heard the prophet Nathan speaking these words, he was feeling comfortable with his sin by condemning the sin of others.

Maybe as you read this story, you feel comfortable while you think, “How could David do something like that?”

Maybe you did not commit adultery or murder, but just like David, we despise the Word of the Lord and the Lord himself when we are not satisfied in him, and seek pleasures somewhere else or have unthankful hearts after receiving all his blessings. We must confess our sin to God. We desperately need God’s forgiveness!

How can we obtain God’s forgiveness?

When David was confronted by the prophet Nathan he confessed “I have sinned against the Lord” (2 Samuel 12:13) and he was immediately forgiven. This psalm is not only a confession of sin but a reflection on the need of God’s forgiveness. We desperately need God’s forgiveness!

We can only obtain God’s forgiveness if we appeal to his merciful nature.

When we confess our sin, asking for God’s forgiveness, we cannot say things like:

“God, I sinned but you know that I’m trying to live better” or

“God, I sinned but I will repay all this wrong by being committed to church and serving those around me.”

There is no way we can pay for the sins committed against a holy, perfect and righteous God. We need to shut our mouths and humbly appeal to God’s mercy like a beggar asks for help.

If we appeal to God’s mercy as the only basis of our forgiveness, we can desperately ask like David to be forgiven from the following:

First, David asks God to blot out his transgressions.

My husband likes to tell this story about when we were newlyweds and we  moved into our first apartment:

<< As we were moving, I was ready to bring in the furniture but my wife said “No! We need to do a serious cleaning first.” So we cleaned every corner, and I complained a couple times because it seemed like an exaggeration to me. She even wanted to clean behind the kitchen cabinets. But when I removed all the cabinets, I found a dead rat there. I had to admit that she was right about the cleaning.>>

You may find a dead rat that has been lying for years behind the cabinets of your heart.

Copyright © 2020 by Vanessa Martinez @ https://vanessamartinezblogcom.wordpress.com/page/14/. Used with permission. No part of this article may be reproduced or reprinted without permission in writing from Lifeword.org.